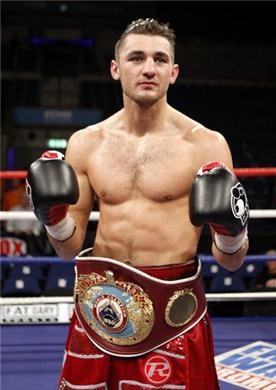 Nathan Cleverly Lined up for August Fight in Cardiff

Nathan Cleverly is expected to announce on Monday that his next fight will be in August as he awaits a unification showdown with either American legend Bernard Hopkins or Beibut Shumenov.

Cleverly the 26 year-old undefeated WBO light-heavyweight champion has recently called out world super-middleweight king Carl Froch and offered to move down a weight for an all British clash with the Nottingham Cobra. But with that fight looking highly unlikely to happen anytime soon or if ever, the Cefn Fforrest man will likely face hard hitting Russian Sergey Kovalevas.

Kovalev, 30, is unbeaten in 20 fights, with 18 of his wins ending by knockout, and one draw. He is untested though and shouldn’t pose the ultimate threat to Cleverly, although the champion cannot afford to take him lightly by thinking of the potential massive fights ahead and over-look him.

Kovalev is based in America and actually fights this weekend against big hitting Cornelius ‘Da Beast’ White in Pennsylvania, and that fight isn’t a foregone conclusion by any means. White is the current IBF International light heavyweight champion and has ambitions of his own and would love to gatecrash the plans and get a big money world title shot at Cleverly himself.

Should Kovalev, as expected, come through his fight with White, a meeting with Cleverly will be formerly announced on Monday at a London press conference and the fight is set to be staged in Cardiff.