Words from The Guru: Kerry Kayes on drive, determination and discipline 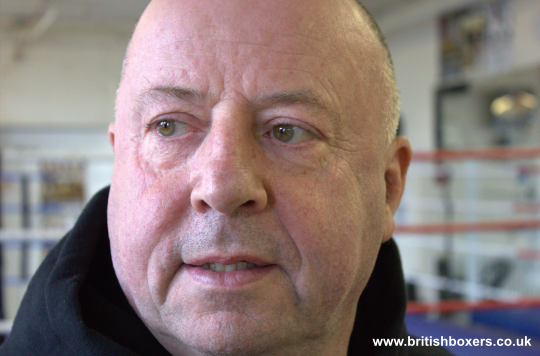 World renowned nutritionist and conditioner Kerry Kayes joins Britishboxers growing roster of columnists. A former EFBB (later UKBFF) British bodybuilding Champion, Kayes has worked with Ricky Hatton, Jamie Moore, Matthew Macklin and many more. He is currently a valued part of Tony Bellew’s team as well as a well-known face on the British boxing circuit. In his maiden column, Kayes talks about the importance of discipline.

I like achieving new and different things. I’ll admit that I’m pretty useless at carrying them on, so I once I’ve achieved something I will let it go unless I really enjoy it—I enjoy boxing so that’s why I’m still involved.

In the past, I wanted to run marathons so I ran marathons. I wanted to be a championship bodybuilder so I did that. I wanted to get a black belt in Karate so I did that under the JKA, which is a cracking organization—I fought one of the first full-contact fights in Liverpool for Oriental World in Manchester. Then I fancied flying a helicopter so passed my test. I like to do the bucket list stuff, tick all the boxes and do difficult things to test myself.

I was Mr. Britain, so I achieved some relative success in bodybuilding, and you cannot achieve anything in that field without discipline. I was always disciplined anyway; my life is very organized, so I think that’s what I’ve brought to boxing.

‘One thing that has always stood out when people ask me about the difference between bodybuilding and boxing is the discipline factor. In fact, bodybuilding is a tremendous platform for lots of different sports.’

Despite spending a lot of time around boxing, I am still also heavily involved in bodybuilding. I’ve still got plenty to do. I still do seminars for boxing clubs—amateur and professional—and don’t need to ask for a penny in return, I’m dead proud of that.

One thing that has always stood out when people ask me about the difference between bodybuilding and boxing is the discipline factor. In fact, bodybuilding is a tremendous platform for lots of different sports.

A lot of athletes lift weights to supplement their first sport, but in bodybuilding there is no sport without the aspect of losing and gaining weight, you gain it in the off-season then lose body fat for competition. Bodybuilders are experts at gaining and losing weights; that’s how I ended up in boxing, Billy Graham asked me to help him out with Ricky Hatton and our journey began.

Bodybuilders are like Buddhist Monks in their attitude to training; they are almost boring in their approach. If you look at boxers who are similarly disciplined, they don’t get the followings that people like Ricky and John Murray got. People say that if they weren’t a pair of rum f*ckers their careers would have extended longer, but I don’t think they’d have hit the heights that they hit.

Everyone remembers John and Ricky because they were fun characters outside and inside the ring. If they lived like Buddhist Monks between fights they wouldn’t have had that edge about them.

Ricky became a monk on the first morning of a training camp, he really did. If I was Ricky and I had to reflect on my career, I wouldn’t change it as it had everything: Las Vegas, massive fights, a trip to Boston and crowds of people in his hometown arena topped by packing out the Etihad Stadium—he did everything he set out to do and knuckled down when he got to camp.

‘It is a fine line, do you live like a monk all the time and risk burnout or do you only live the life when the time comes to knuckle down in training?’

However, it is extremely frustrating when a boxer goes into training and doesn’t apply himself to the diet you set out. I will happily come up with a diet for a fighter, but I will not live with them to make sure they follow it through.

I’ll talk to them about nutrition, and then write up a diet, but then it is down to them. I saw the Kell Brook build-up show recently where the nutritionist was making breakfast for him. Fair play to them both, but I would never do that for a fighter.

Don’t forget, I come from a bodybuilding background where they do all that themselves, so if a boxer who is getting thousands of pounds for a fight can’t do it himself then I’m going to go around there and live with him.

It is a fine line, do you live like a monk all the time and risk burnout or do you only live the life when the time comes to knuckle down in training? It all depends on the fighter and the personality. Some need to let off steam, others, such as Scott Quigg and, before he retired, Carl Froch, live it all year round.

It all comes down to personality. One thing I will reiterate is that there is no excuse for not following a diet when you enter camp, if you can’t be disciplined when in training then you are in trouble in this sport.

Although I love boxers, all boxers, I’d love it if a few more of them adopted that bodybuilder mentality when in training—it can only help them in the long run. Six, eight or 12 weeks of discipline—depending on the type of fight and camp it is—is not too much to ask when you are a professional athlete. The final responsibility rests with the fighters themselves—we can only tell them what to do, they are the ones who have to go out and do it.