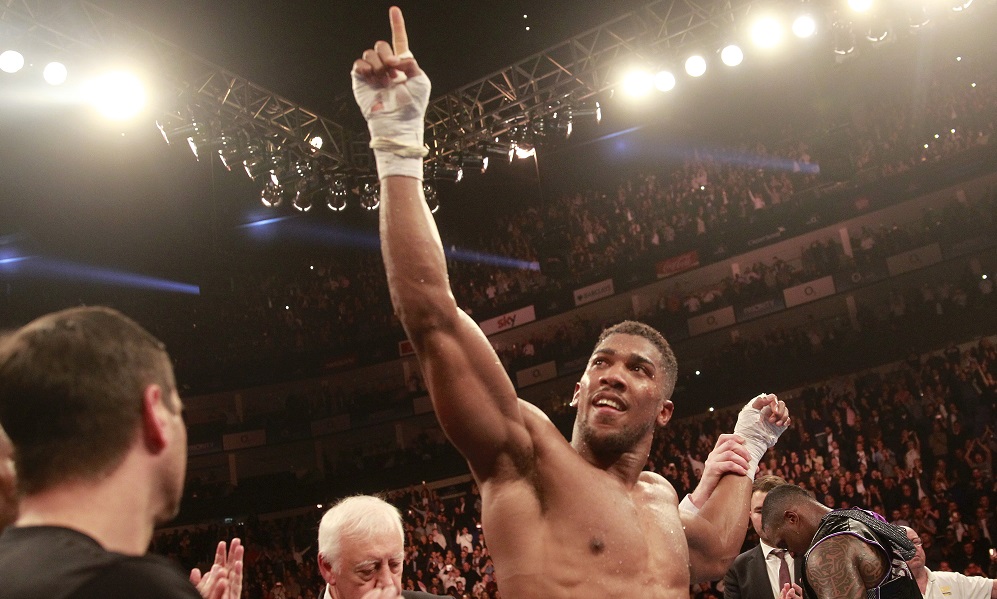 17,000 tickets were sold on the opening day of sales for Anthony Joshua’s IBF World Heavyweight title defence against Eric Molina at the Manchester Arena on December 10, live on Sky Sports Box Office in the UK and on SHOWTIME in the US.

Joshua defends his crown for the second time in his third fight in a row against American opposition – with limited tickets remaining on sale priced £40 to £500 from http://www.manchester-arena.com/ and on 0844 847 8000. VIP tickets are £800 and available exclusively from Matchroom Boxing www.matchroomboxing.com.

Joshua’s clash with Molina tops a huge night of action in Manchester as Dillian Whyte faces bitter London rival Dereck Chisora in an official eliminator for the WBC title.

Scott Quigg returns to action after treatment on his broken jaw following his unification blockbuster with Carl Frampton, and the Bury star moves up to Featherweight as he looks to regain his status as a World champion.

Irish amateur sensation Katie Taylor boxes for the second time in the paid ranks after making her pro debut at The SSE Arena, Wembley on November 26, Heavyweight wrecking ball ‘King Kong’ Luis Ortiz fights in Europe for the second time after clashing with Malik Scott in Monte-Carlo on November 12 and Hosea Burton will defend his British Light-Heavyweight title against Frank Buglioni.