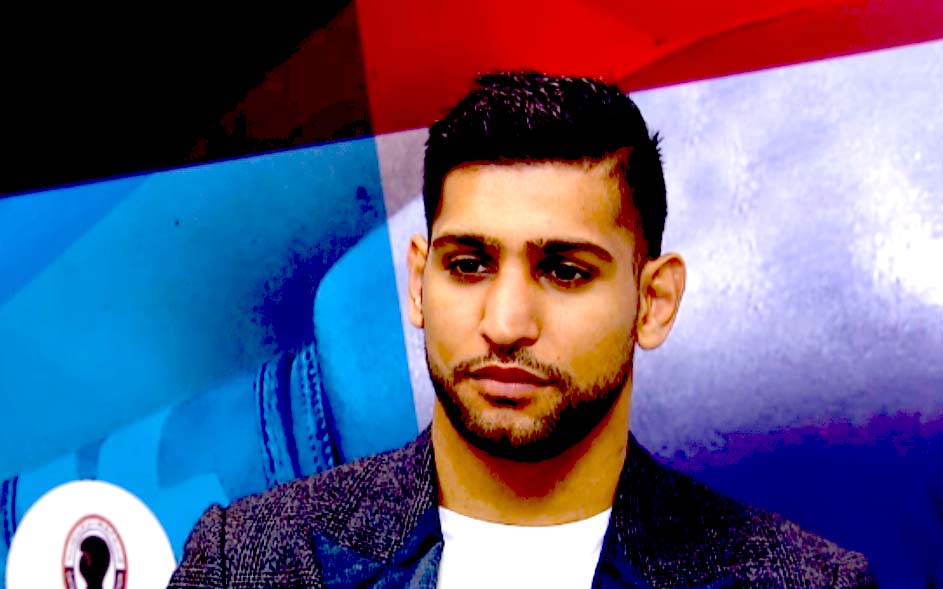 LONDON (4 November) – Amir Khan says it would be an ‘honour’ to fight Manny Pacquiao after the Filipino superstar said he would be open to the matchup.

Eight-weight champion Pacquiao was speaking ahead of his eagerly anticipated world title clash with Jessie Vargas this Saturday night, exclusively live on BoxNation.

And despite stating that Khan was a ‘friend’ he hinted a future clash would be something that he would be willing to make happen, prompting the Bolton boxer to state his readiness to do battle.

“Manny is great fighter and one of the best around,” Khan told BoxNation.

“It would be an honour to share the ring with him and would be a very entertaining fight for the fans. I know Manny well and he is a friend of mine but sometimes you have to put that to the side as boxers.

“It’s important for my hand to fully heal after my operation but it’s feeling good and I want to make the biggest fights possible as soon as it’s 100% – no matter who it’s against,” he said.

29-year-old Khan also believes that despite his losses to Floyd Mayweather and Juan Manuel Marquez, Pacquiao is still a very dangerous opponent to go in against.

“Manny is still one of the top welterweights in the world. He’s got great speed, power and creates good angles. I think our two styles mix well and would make for an edge-of-the-seat sort of fight,” said Khan.

“There are definitely some things I can take advantage of against him and I believe being the younger and more youthful fighter would help.

“We’re both all-action fighters and like to attack so it would be a really intriguing fight,” he said.

37-year-old Pacquiao has put his political responsibilities on hold as a senator in the Philippines as he looks to claim another world title this weekend against WBO champion Vargas.

Khan feels that Pacquiao will have too much for the American and is tipping his old stablemate to do the business at the Thomas and Mack Center in Las Vegas.

“I think Manny’s movement and style will be too much for Vargas to handle,” said Khan.

“He’s going to be too quick and elusive and I expect him to win on points. He seems very focused on this fight because he knows how important it is to win it.

“Beating Vargas and winning a world title will help set up more big fights and prove he still has a lot to give,” he said.