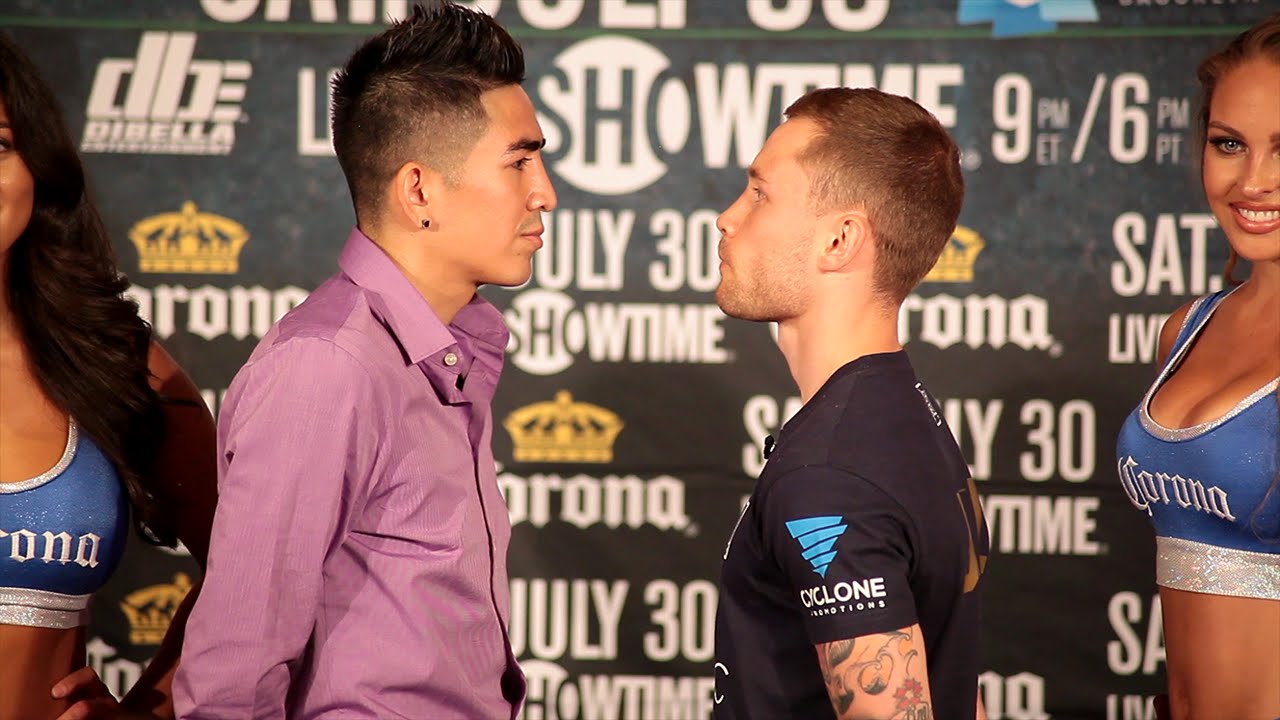 Their first scrap in Brooklyn, was put forward for “Fight of the Year” after the pair produced a 12-round spectacle that had the fans wanting more. The first fight ended in a majority decision in favour of the Belfast man. Frampton drew significant Irish support in New York and will now bring his legion of green fans to Sin City for the first time in an arena where Santa Cruz has fought six times.

Such was the close fought battle the first time odds are predictably close and the rematch is a picket fight and is expected to be as close as the first one with neither giving ground, the fans are in for a treat in Las Vegas and the MGM will be buzzing, the fans excited and the slot machines flashing come January. Remember if you can’t wait to get to the MGM try different games at Royal Vegas Online Casino.

“The rematch is the fight we wanted,” said Frampton. “I enjoyed our first fight in New York. The atmosphere was fantastic and the fight lived up to the hype.

“On January 28th I will be better and I will win more convincingly. I know the way Leo fights, he throws a lot of punches and he is brave, but his style suits me. It has always been a dream of mine to headline in Las Vegas and I cannot wait to get out there and put on a great performance for the American boxing fans and the travelling support from Ireland and the UK.”

“From the moment our last fight ended, when the decision came and I lost the fight, I knew my only goal was to get my belt back,” said Santa Cruz.

“When I sat in the locker room afterward, I felt more motivated than ever to get back in the gym. All I’ve thought about since the fight was this rematch. There won’t be any distractions in this camp. I’ll be heading into the fight with a better game plan. I’m putting in 100 percent in training and I’m excited to get in the ring on January 28 to get my belt back.”