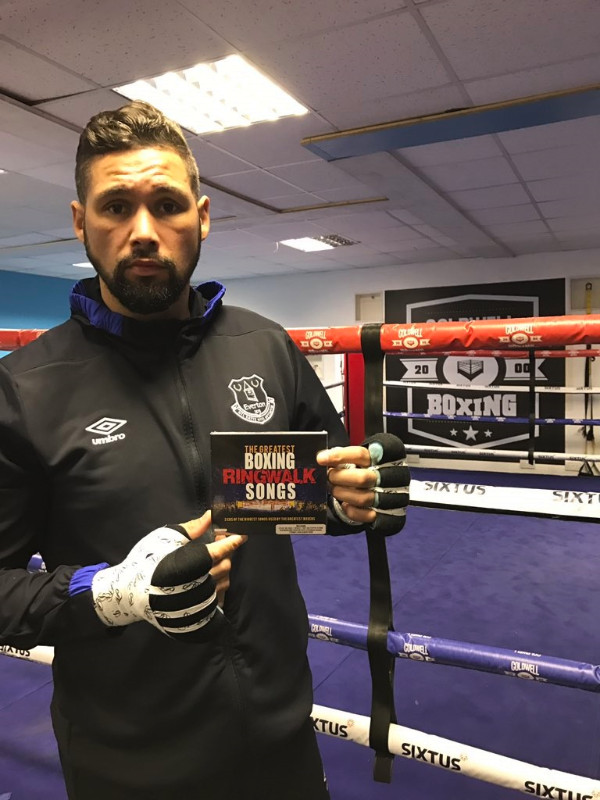 Music and boxing have always gone hand in… glove. Whether on stage or on screen, a strong tune has always been an essential part of the gladiatorial experience and over the years, boxers, promoters and film directors have taken great care in selecting songs to inspire and intimidate.

This 2CD set, the first of its kind, contains the most memorable songs – and one legendary poem – from the ring.

Both classic and contemporary fighters are celebrated: first up, The Greatest himself, Muhammad Ali, whose legendary poem, recited before Ali’s rematch with Smokin’ Joe Frazier, was first aired 45 years ago on the Michael Parkinson show (Oct 17th, 1971). Heavyweight hard man Mike Tyson used Cypress Hill’s ‘How I Could Just Kill a Man’ as one of his ominous signatures; British superstar Lennox Lewis loved the music of James Brown and favoured classic slo-funk cuts such as ‘The Payback’ and ‘The Boss’. ‘80s anthem ‘Simply the Best’ by Tina Turner is synonymous with Chris Eubank.

More recent stars are celebrated including British heavyweight hero Anthony Joshua MBE, who had his friend and leading grime star Stormzy perform a bespoke version of his song ‘Shut Up’ before AJ’s clash with Dillian Whyte in 2015. The track, a b-side, entered the Top 10 the next week as a result of the fight’s huge impact.

2016 marks the 40th anniversary of the first Rocky movie, a film that contains possibly the most famous theme tune of them all, ‘Gonna Fly Now’ by Bill Conti. That song, with its triumphant horns and strangely soulful melody is etched into the memory of a generation. For some, it proved an inspiration. World middleweight champion Tony Bellew joined the dots between real life and Hollywood when he starred in the latest Rocky film, ‘Creed’ in 2015.

“I grew up on the Rocky soundtrack,” says Bellew, who played baddy ‘Pretty’ Ricky Conlan, “I loved it. I didn’t know anyone who didn’t love it. Whenever I watch any of the films, I think to myself, I’m a Rocky bad guy now. I’m one of them. So, really, the Rocky music has defined my life; my life as a boy, and my life as a man.” (quotes from the album sleeve notes, written by Elliott Worsell).

The CD is available from Amazon