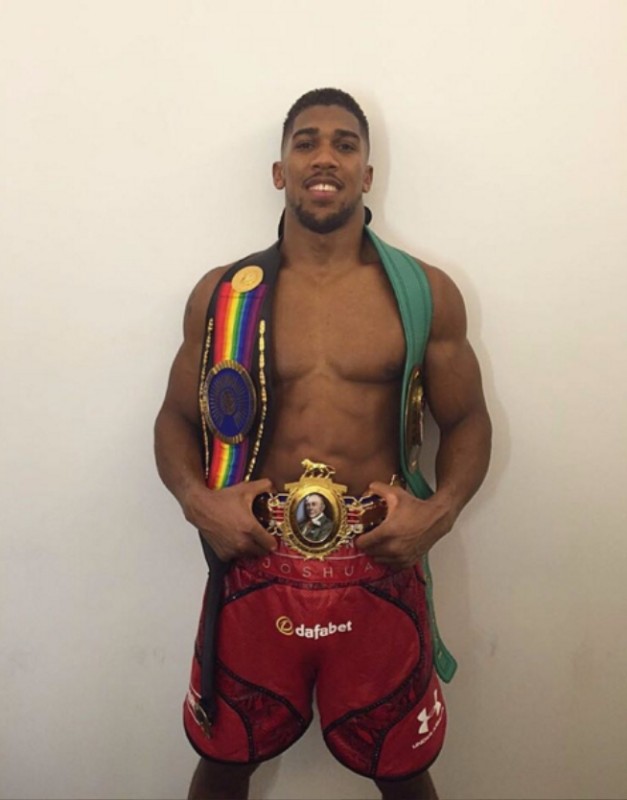 Saturday night was again a busy one for British boxing, it was also one that went along way to creating the shape of how the future will bear for many of the fighters that put their pride and careers on the line in big cross road fights.

In Russia, UK boxing fans attending or watching, would have normally been united in triumph after Swansea’s Enzo Maccarinelli scored a devastating KO victory. The only downside to it was, it was at the expense of boxing legend Roy Jones Jnr. Watching boxing royalty pummelled and then felled face first to the canvas, was like watching Bambi getting mugged in a dark alley.

Jones now 46 years old and a 71-fight veteran, shouldn’t have been in the ring! The former four-weight world champion is a shadow of his former self, that’s to take nothing away from Maccarinelli who did what he had to do as an underdog going in, under estimated it appears by Jones’ team. The fight was held in Moscow where Jones has been basing himself after recently becoming a Russian citizen.

Maccarinelli a former WBO cruiserweight world champion won the opening two rounds against the former pound-for-pound ruler, Jones got back into it in the third, but the Welshman was ready to turn the screw. In the 4th round a big uppercut from Maccarinelli dropped Jones. He beat the count but was unsteady on his feet and Maccarinelli went in for the stoppage. A barrage of shots rained in and another sickening uppercut followed by a clubbing right overhand sent Jones crashing face first to the canvas.

For Maccarinelli he can now dream again of winning the cruiserweight world title eight years after losing it to David Haye.

Anthony Joshua came through his toughest test as a professional, surviving a second round scare to go on and KO Dillian Whyte in round 7 to win the British heavyweight title and defend his Commonwealth belt, taking his pro record to 15-0, 15 KO’s.

Olympic champion Joshua, 26, was pushed all the way by Whyte while it lasted and he was made to look ordinary at times by a motivated Whyte but he did well to keep his composure and find the right formula to finish the job.

Chris Eubank Jr back up his pre fight confidence and administered every punch in the book on the head and body of middleweight rival Spike O’Sullivan, forcing the Irishman into retiremnet after seven rounds entertaining rounds.

The fight started quick, Eubank pounced on his opponent from the opening bell and got right stuck in, Spike survived the early attacks and came back well to shake up Eubank in round three, but he couldn’t find the finishing shots to turn the fight there and then. Eubank re-group, upped a gear or two and took charge from there on in.

Eubank Jr, 26, made extra work for his uppercuts and hooks in particular and Spike, 31, had to absorb some meaty punishment to his credit he did until the stoppage and proved he had a chin almost beyond the call of duty at times.

O’Sullivan, it seemed would have to be hit with a sledge hammer to put him away and shown great heart and courage to stay in there as long as he did with the rampant Eubank. In the end it was Spike’s corner who did the admirable thing and pull their man out.

Eubank Jr and Spike can now put their three year war of words to bed and move on, both produced a good fight and earned each others respect.

At lightweight it was agony again for Kevin Mitchell who was stopped in the 5th round by quality Venezuelan Ismael Barroso for the WBA interim title.

Mitchell, 31, is now at another cross roads in his career after suffering his 4th KO defeat in 43 pro fights.

The Londoner has never taken an easy route to the top and faced some of the best fighters around seeking his world title dream, unfortunately for him dream now seems to be over. In his last fight he challenged WBC lightweight champion Jorge Linares, also from Venezuela but was stopped in the 10th round after an epic fight.

Mitchell also failed to dethrone Scotland’s then WBO champion Ricky Burns in 2012 and prior to that was stopped by Australia’s Michael Katsidis in 2010.

Mitchell, had been lined up to face Manchester’s WBA title-holder Anthony Crolla, but now seems he will have to evaluate where he goes from here and if it is time to call it a day, but don’t write off this tough nut just yet!

Hull’s Luke Campbell suffered his first defeat as a professional, after dropping a points decision to Frenchman Yvan Mendy.

It was the Olympic champions 13th pro fight, and this step up proved to be a bad night he will want to get over quick, He was dropped in the 5th round after a short left hook from Mendy connected, he got back up and into the contest but never was able to get a foot hold and Mendy boxed well to take a split decision away from home 115-112, 115-113, 113-115.

Campbell who was tipped for the top in the next couple of years will now have to re-group and learn from this loss, no doubt he will.

‘The Bomber’ Tony Bellew outpointed Poland’s Mateusz Masternak to claim the European cruiserweight belt and puts himself again on the cusp of a world title fight.

Former world heavyweight title challenger Dereck Chisora had his 5th fight in the last 5 months when he stopped Croatia’s Jakov Gospic in the 3rd round.

Other Results in the UK from the weekend