Eddie Hearn confirms that talks are ongoing for Brook-Khan showdown 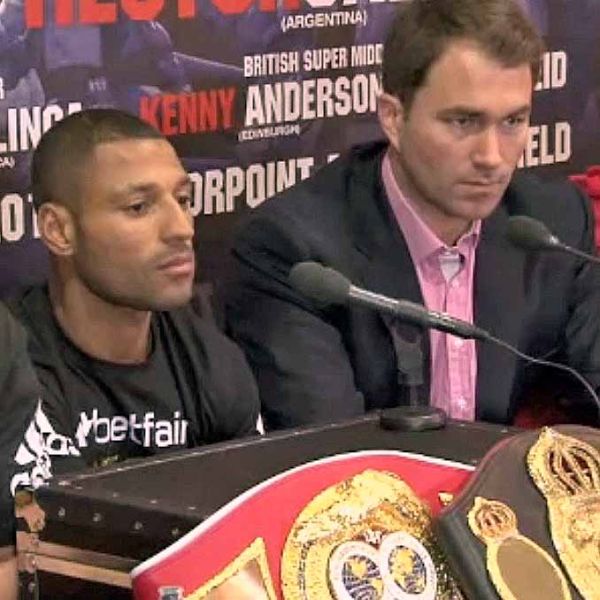 British boxing fans still live in hope that a domestic dust-up between Kell Brook (36-1, 25 early) and Amir Khan (31-4, 19 KOs) will take place. Both men have lost since being heavily linked last year—Khan was KO’d in six by Saul Alvarez in May and Brook was stopped in five by Gennady Golovkin in September—but there is still a lot of interest in the bout.

Former WBA and IBF light-welterweight titlist Khan has mentioned current IBF welterweight holder Brook in recent interviews, and Brook has made no secret of the fact that he wants to meet Khan, so promoter Eddie Hearn is more confident than ever before of making the fight.

“We’ve held talks before, but there’s never been the calling out from Amir that there is now, so that’s why I say there seems a real desire from both sides,” he said when speaking to the Daily Post (North Wales).

“Not just both sides but both fighters. There’s a very, very long way to go, but we’ll work quietly behind closed doors to try to finally get a fight over the line that I believe has to happen.”