From Brooklyn to Britain: What next for James DeGale? 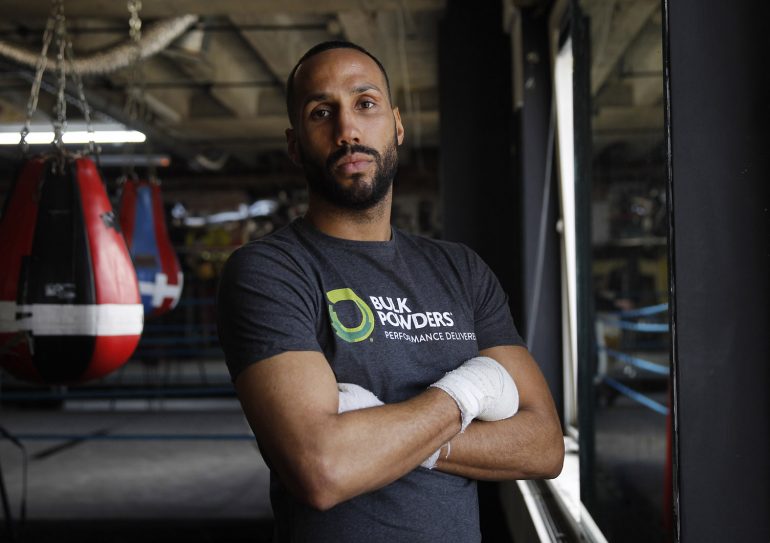 Even to the most cold-blooded boxing fan, the sight of a British Olympic gold medallist desperately trying to justify the judge’s decision to a displeased Brooklyn crowd and a sneering Floyd Mayweather – must have evoked some degree of sympathy. Toothless and with his ear-drum ringing, James Degale cut an almost bewildered figure, as the furious assault on him seemed to continue well beyond the scheduled twelve rounds.

And yet, had events in the ring transpired otherwise, this could have been Degale’s moment; his arrival as one of British boxing’s beacons- shining brightly up there along-side Anthony Joshua. Instead, he found himself in a kind of no-man’s land of boxing- lacking the kind of support received by other British fighters that had ventured across the Atlantic, as well as being under siege by Mayweather who was quick to label the majority draw “bad for boxing”.

Degale’s performance on the night had not been a bad one. When Badou Jack hit the canvas in the first, the headlines were already written and a national hero was emerging. However, as the fight progressed Chunky began to show signs of why some in boxing see him as a kind of enigma- or at least, at times, a frustrating watch.

Showing good movement to counter Badou’s flat-footedness, Degale seemed to have some success in putting together combinations using his superior speed, but as in previous performances Degale began to drift in an out of the fight, unable to find any real penetration for his punches. Eventually, Jack’s power began to show, as he cut off the ring and began to cause damage to Degale, until finally flooring the Londoner with a left hook, right upper cut combo late on into the 12th.

Whereas Chunky showed plenty of heart to beat the count and was still able to use his movement to avoid the inevitable final onslaught by Jack, this knockdown ultimately cost him the unification- but in the long term maybe more than that.

As the dust on the night in Brooklyn (that also saw a hugely impressive performance by Mayweather’s prodigy Devonte Davis) begins to settle, one can’t help but to ask the question: what’s next for James Degale?

In the aftermath of the fight, Mayweather and Badou Jack have made it clear that they see Jack’s future in boxing as a light-heavy weight- a move which would see Jack vacating his WBC Super Middle-Weight -title and leave no room for a rematch, as Chucky is a natural super-middle weight at best. Instead Degale is most likely to face the considerably less glamourous task of a mandatory defence of his IBF-belt against Venezuela’s Jose Uzcategui.

A convincing performance here could set up fights that would appear much more likely to generate the kind of interest from the public that Degale now needs.

From a British perspective this could spell a possible future bout with Callum Smith, should Smith overcome Anthony Dirrell for the vacant WBA-belt, should Jack make the expected move to light heavy weight.

Another possibility for Degale that would rate well would be the settling of old scores with George Groves, although Groves is set to meet Fedor Chudinov for the WBA-belt in a fight that will be scheduled shortly. Then there is always the unlikely prospect of Eubanks Jr. who has just called out Degale- but there has been a lot of talk coming from that particular camp lately, as we all know…

Whatever the outcome of the inevitable promotional politics will be, one would assume that most British boxing fans would like to see Degale use the publicity from his Brooklyn outing as a launch-pad that the rest of his career needs. Even Floyd seems to have scaled down his initial onslaught on Chunky, bizarrely suggesting that he may even seek to sign and promote the Londoner himself.

The momentum then- for the time being at least- is still with James Degale; and although his performance against Badou Jack was not Chunky at his very best, British boxing needs characters like him. Let’s hope that he reattaches those teeth and gets stuck in to some big fights in 2017.