Lee Selby looking to shine under the Las Vegas lights 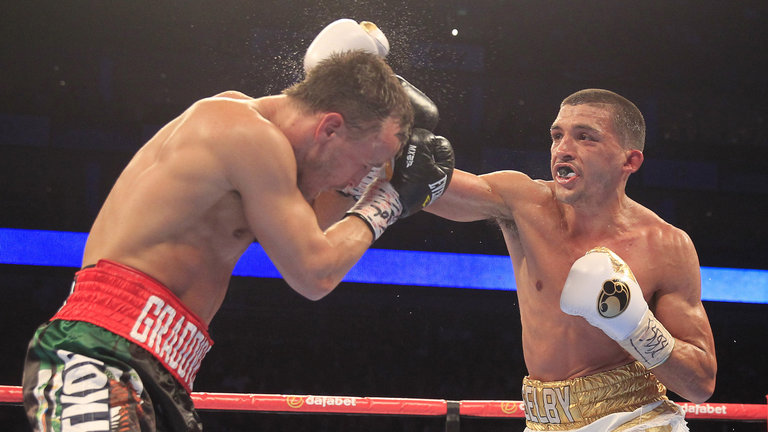 Lee Selby (23-1, 8 KOs) is desperate to shine and leave a good mark on his Las Vegas debut this weekend as he sets his sights on a potential unification fight in the summer.

Selby, Dubbed the “Welsh Mayweather” is hungry to set up the mouth-watering prospect of a unification bout between the winner of the rematch of Carl Frampton and Leo Santa Cruz.

The Welsh featherweight will defend his IBF world title against Jonathan Victor Barros at the MGM Grand this Sunday morning, on the undercard to Frampton and Santa Cruz’s WBA world title clash.

Ideally, Selby would like to face the winner but the 29-year-old from Barry admits that he needs to put in a eye catching performance if he is to set up a unification showdown later on in the year.

“It’s a dream for every boxer to fight in Vegas so it is great to have this opportunity, but it is important that I shine under the lights,” he said when speaking to Sky Sports.

“[Jonathan Victor] Barros is a former WBA champion, a big puncher with an unorthodox style, I can’t afford to take my eye off the ball. He’s very dangerous and will be coming in as a hungry underdog, it’s his chance to regain a world title, but I’m not going to let that happen.

“The main thing of course is to win and then after that, look at the different outcomes. If I look good then I want the winner of Frampton and Santa Cruz. Ideally, I will get that fight and I think that’s why I’m on the show, it’s natural for people to compare the winners of our fights.”

Selby was sat ringside for the first encounter between his fellow featherweights and is hopeful that it will be a similar display this time round. The Welshman went onto say: “The first fight was a brilliant one, I was sat ringside for it and it was pretty even throughout. At the final bell I couldn’t split them and I think the next fight will be the same, although Santa Cruz might have a slight advantage with it now being on the east coast.”

He added: “Of course, I want Frampton to win as a fellow British fighter and hopefully we can then get it on down the line. It’s a super fight and the kind I want to be involved in them.”