Peter Fury hopeful we will see Tyson back in the ring 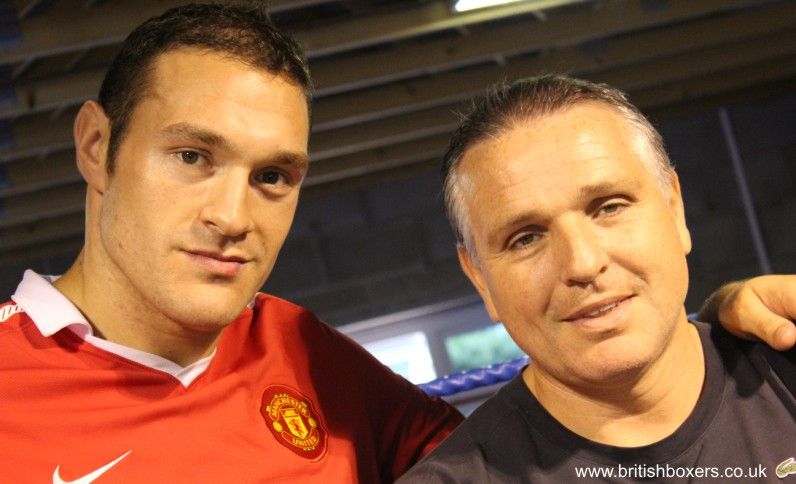 The former heavyweight champion had his boxing licence revoked in October of last year—pending the outcome of an investigation into anti-doping and medical issues—shortly after vacating his WBA, WBO and IBF titles to seek treatment for depression.

Peter Fury revealed after spending some time together that nephew Tyson is coping well but admits a comeback will be down to the “Gypsy King” himself.

Peter has told Sky Sports that: “Tyson is doing well. He’s okay and right now he is just enjoying some private time. I’ve spent time with him recently and we never even spoke about the prospect of him coming back. We just relaxed and enjoyed a bit of family time.

“It’s something where Tyson has to make that decision himself, and he has to really want it. But I’m sure he’ll be back—I don’t think he knows anything else. He’s still only 28 and I think he still has a lot more to offer the sport.”

Fury who shocked the world by defeating long reigning champion Wladimir Klitschko by putting on a boxing masterclass and snatching away the Ukrainian’s WBA, WBO and IBF belts by unanimous decision in Dusseldorf in November 2015.

“Tyson did what nobody else has done,” he went onto say. “He went over to Germany and defeated the main heavyweight, who had not been beaten in 11 years. He was totally the underdog going into that fight. It was an amazing story and I don’t think it will be repeated any time soon. It was a truly fabulous achievement and an achievement we’re all very proud of.”

He added: “I still think he will resume his career in the future, but when, I don’t know.”

Tyson himself Tweeted out yesterday that we may not see him in the ring for 10 years and suggested he may do a George Foreman and return in a different era! What you make of that is up to you!

For all those asking about my comeback, I don’t see anything in the next 10 years, might do a @GeorgeForeman come back in another era,??