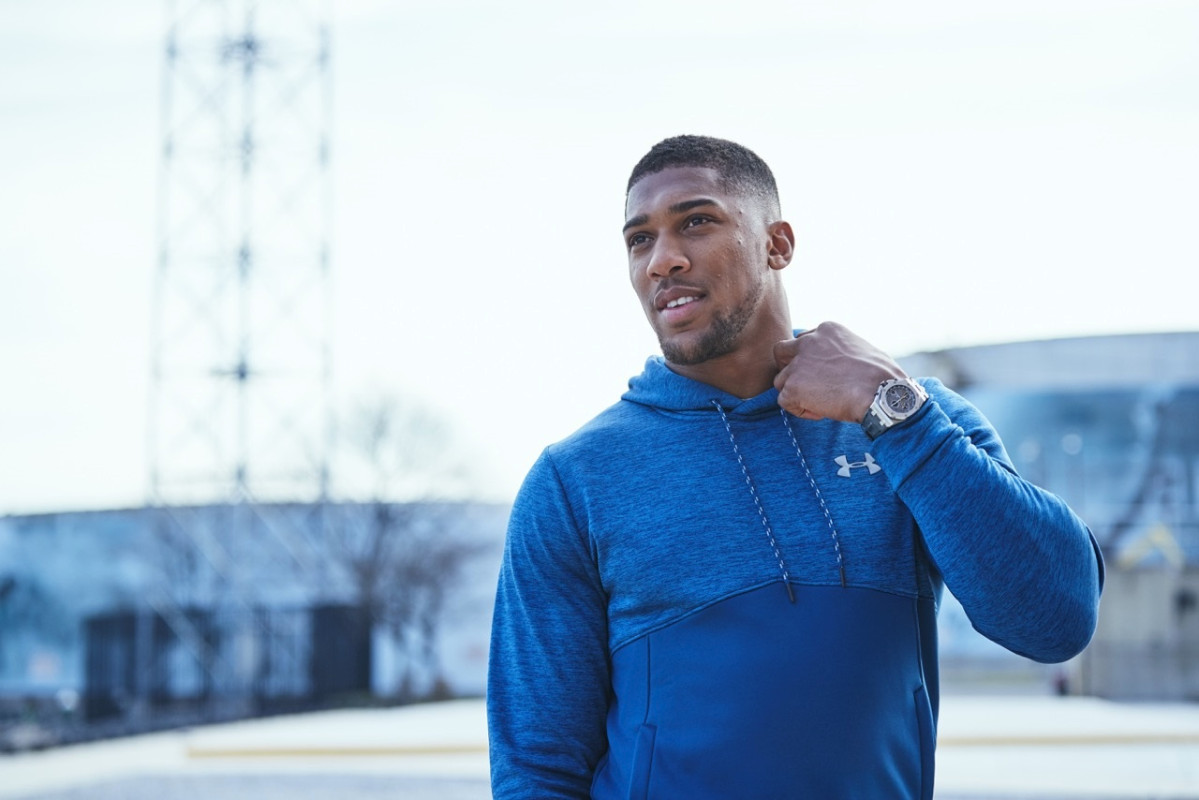 IBF Heavyweight Champion of the World and Olympic Gold Medalist Anthony Joshua, together with one of the world’s fastest growing sports brand Under Armour, are delighted to announce they have committed their long term future to each other by signing a long term extension to their current partnership agreement. This cements Anthony’s position with the brand alongside other world class athletes such as Stephen Curry, Michael Phelps, Andy Murray and Jordan Spieth.

The new partnership was sealed at Under Armour’s Global headquarters in Baltimore this week, where Joshua spent time with the brand’s founder, Kevin Plank, before being immersed in the brand’s innovation with a visit to the UA Lighthouse where Under Armour develops the products to make all athletes better. Joshua saw first-hand how UA push the boundaries in design, innovation and efficiency to take the IBF Heavyweight Champion’s performances to even greater heights.

On concluding the new partnership Anthony Joshua said: “I am delighted to be committing my long term future to Under Armour. It is a partnership that has been incredibly successful to date, the brand has helped me increase performance with custom products and new technologies. I was blown away by the facilities and attention to detail I saw in Baltimore and I am looking forward to the future with Under Armour.”

Chris Bate, VP and Managing Director Europe, Under Armour added: “Anthony Joshua is an incredible athlete and is redefining how boxers prepare, perform and recover. He personifies smart training whilst possessing a young, aggressive and fearless attitude which matches the values and culture of Under Armour. During his preparation for the Klitschko fight and beyond, we will equip Anthony with our most innovative performance products including our Threadborne technologies and Connected Fitness footwear and platforms. We are thrilled to have Anthony as part of the Under Armour team.”

The head of Anthony’s management team Freddie Cunningham commented: “The deal is a real landmark not only for Anthony but also for British sport. He is attracting major interest internationally and this is his first real step on to the global scene commercially. The brand is a perfect fit for Anthony, young, inspirational and fast moving. We would like to thank Under Armour for their commitment and continued support.”

Joshua will now head back in to training camp to prepare for the biggest fight in post war British history against Wladimir Klitschko at a sold out 90,000 capacity crowd at Wembley Stadium, not to mention the millions who will be viewing across the globe.