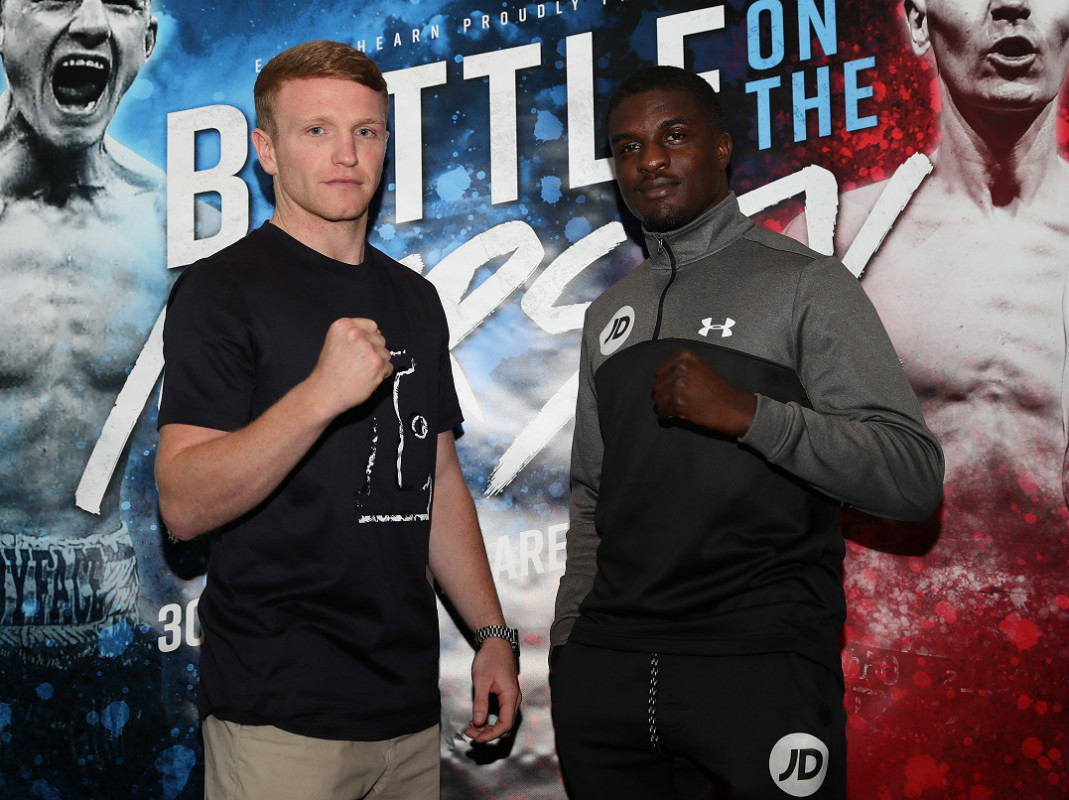 FARRELL: ‘IT’S NOT IN MY DNA TO QUIT’

Tom Farrell has warned Ohara Davies that he’ll take him to dark places when they clash at the Echo Arena in Liverpool on Saturday September 30, live on Sky Sports.

Farrell defends his WBA International Super-Lightweight title against Davies, who takes on another stiff challenge straight after tasting defeat for the first time in the paid ranks when he was stopped in the seventh round of their clash in Scotland.

Controversial Hackney man Davies is never short of a word for his opponent or their fans, having clashed with Glasgow fans ahead of his fight with Taylor and before that when he met Farrell’s fellow Liverpudlian Derry Mathews in March.

Unbeaten Farrell is in fine form heading into the bout, shaking off any ring-rust with a six-round win in July to move to 13-0, and the 27 year old is relishing his chance to inflict back-to-back defeats on the Londoner – and silence ‘Two Tanks’ into the bargain.

“There’s no bones about it, he did quit,” said Farrell. “It’s not in my DNA to quit; Scousers fight until the end. I’m not going to read into the Taylor fight though, if anything he’s going to use that as fuel to the fire and make up for that defeat, and it’s my job to make sure he doesn’t.

“He’s a bit of a puncher and he’s got an awkward style, but he makes a lot of mistakes and I believe I can capitalise on them, I’ve shown that when it gets into the tough championship rounds I can dig in and battle, so I can handle anything he brings.

“When you first get into boxing, you want to be in big fights. It’s a high profile fight and everyone is talking about it, and I am ready for him. I’ve not taken this fight because he’s just lost, I’ve always thought that I have the beating of Ohara.

“I think he’s trying to be something he’s not and I don’t think he’s going to have the same approach to this fight as he’s seen that it gets people annoyed. The amount of people that have told me that they want to see me beat him is incredible, but I want people to know me for my boxing skills and not for having a mouth.”

Farrell’s clash with Davies is part of a huge night of action in Merseyside as bitter rivals Paul Butler and Stuart Hall meet in an eliminator for the WBA World Bantamweight title.

Liverpool’s Rocky Fielding defend his British Super-Middleweight title for the first time against Scotsman David Brophy, who puts up the Commonwealth strap he won in fine fashion in Australia in March.

VIP tickets priced at £200 are exclusively available at www.matchroomboxing.com