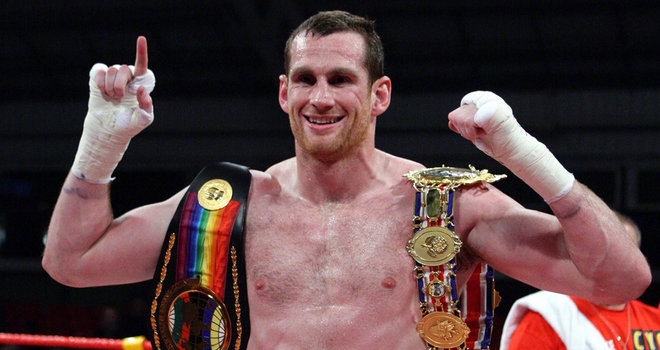 Speaking for the Mike Tyson documentary Fallen Champ in 1993, Cus D’Amato’s long-time companion, Camille Ewald, looked with genuine sadness into the camera when describing Tyson’s rape conviction as “The destruction of a young man’s dreams”. However, this one was self-engineered and similarly self-destructive behaviour occurred throughout the former undisputed heavyweight Champion’s career.

Tyson, though, is still loved, still revered for his fearsome fighting style and that brief, somewhat fortuitous and manufactured prime that served up a 91-second exemplar of the perfect fighting machine. One that some worshipped, others picked holes in and all talked about.

Fast forward a few decades and Audley Harrison, former Olympian and standout amateur—things that could not be said of Tyson—has lost for the third time, a stunning KO reverse to Michael Sprott in 2007.

Flat on his back, truly “chinned”, as the gym parlance goes, Harrison’s fall was not met with sympathy or grace, despite it being the very destruction of all his dreams. No, Harrison was vilified and scorned. Dean Powell, who worked with Sprott that night, once told me that he felt for Harrison. Fans are supposed to pause for breath and hope for the best when they see a stricken fighter yet in this case he felt that many in the arena were glad to see Harrison stretched out and starched, boos even rang out.

At the time, it was the biggest British boxing outpouring of schadenfreude—enjoying the misfortune of others—that I could recall. Social media was kicking into gear yet trolling had not yet quite kicked on. Sure, forums had their trolls; in fact, some on BoxRec still celebrate them despite the fact that they were, in large, quite sad and yet tragic at the same time.

Harrison’s KO against Sprott seemed to be a high-water mark, a moment when many, many people celebrated Harrison’s “comeuppance…deserved reward/punishment for his arrogance”—whatever, he copped a load of abuse.

Sure, he had lost twice before, but this one was conclusive and concussive. A KO ending for the man who had turned his life around, secured Gold at Sydney 2000 and had somewhat soured that achievement with a series of mistakes in the early days of his pro career.

We like winners, the logic seemed to say, but we like them to be modest, quiet and to play by accepted rules. Harrison dared to be different, failed and then was vilified for his failures.

More losses came, knockouts followed, and, despite becoming a cult figure to some, this writer included, Harrison became more than a stick to beat boxing with—he become the stick we like to beat.

When he was knocked out by David Price in a single stanza in 2012, Harrison’s career was served further notice. He had staged a mini-comeback in 2010, fought for a world title, badly, and was now sent to the scrapheap by Price, the new heir apparent.

Harrison’s sin wasn’t success, it was taking pride in his successes and hoping for more. When it wasn’t to be, we went collectively crazy and his post-Sprott 1 treatment is still a lingering stain on the sport.

We wish fighters well, we pay lip service to safety, but some will happily boo a stricken fighter if they feel he deserves that kind of reverse applause.

Fast forward again, we are in the moment—the now. Price’s TKO loss to Christian Hammer at the weekend was met with a kind of pitiless mirth that may or may not have existed in the pre-Internet age—we cannot know for sure unless we trawl the print letters pages of our boxing publications.

For many, Harrison got what he deserved, he netted gold then talked about it with pride, as did James DeGale, still a pariah to some, yet the schadenfreude that each of Price’s KO defeats has been met with is both worrying and puzzling.

Sure, Price netted a bronze medal at the 2008 Games, but he was grounded, quite quiet and had not made any lofty claims. In short, he seems to be a nice guy, so why do some celebrate his misfortunes in the ring to such an extent?

It is not just remarks, you have seen the retweets plus former, positive, comments being unearthed to humiliate the former British and Commonwealth Champion (more on that later), so what is it? What prompts some fans to take such sheer delight in mocking a career that, compared to our own endeavours in sport, has been a success?

It is a question of clarity, schadenfreude is pleasure derived from the misfortune of others, in this case a KO loss that could have caused concussion and further damage. A ‘self-satisfaction at another’s failure’—that small or large negative part of humanity that all of us can attest to and feel. It’s that part of us that is base and insecure, wanting to see the world burn just so we can justify our existence in a world that is fundamentally unfair.

There is more, though, as Aristotle pointed out that it is the opposite of phthonos, ‘a painful response to another’s good fortune’ and that the epikhairekakos—pure envy, in short—takes pleasure in another’s ill fortune, which is what we are seeing, and it is growing, when it comes to fighters.

Arthur Schopenhaur reiterated the idea, arguing that schadenfreude is the most evil of sins. “To feel envy is human, to savour schadenfreude is diabolic,” he said. So why do some target Price, who, unlike Harrison and DeGale, actually seemed a nice, quite humble fighter in those early days?

Again, it is not about the fighter but all about that feeling, that nagging negativity and pitiless mirth that some, bolstered entirely by social media, spit all day every day.

One common thread that still exists is that we all have to work to bring in the bacon. Most of us, this writer included, works set hours and work to live, rather than vice versa, but in the case of Price and others they have sacrificed a lot for a vocation; not wanting a job but, instead, wishing to do something that will give them the ultimate satisfaction.

People who pursue vocations take work knocks harder than those of us who value our evenings, the remains of the day, more than our 9-5. Price poured years into his boxing career so will feel the sting of every defeat long after the physical shock and pain has passed. It may not be right, we cannot say it is wrong, but to extend sympathy to someone in this situation is only human, to send them bitter scorn seems something more, or less.

Price, like many before him, entered boxing with a dream, to win titles, world titles, yet it seems he will have to settle for British and Commonwealth honours. A twin pipe dream for most aspiring fighters, and to refuse to acknowledge that is to tread upon those dreams.

We can blame the Internet’s depersonalizing effect yet the negativity that hit Price this weekend, the pointless retweets and digs, seems a growing innate human response to almost every setback suffered by a fellow human being.

Indeed, Friedrich Nietzsche wrote about ressentiment, the idea that some people feel so compartmentalised, so remote, that only hate or denial of anything other than themselves remains as a unifying force. Don’t get me wrong, boxing fans are great, often intelligent people yet there has been a move towards something a lot more ugly in recent times.

So-called “casual” fans cannot even Tweet their excitement about an Anthony Joshua fight without running the risk of being abused or retweeted by “hard-cores”, the self-appointed custodians of our sport. If this is it, if this is boxing fandom in 2017, then they can have it.

Ressentiment stems from repressed envy, a sense of loss, and it seems that it has infected boxing through, firstly, modems and now the digital age to the extent where people who may or may not lay in bed at night thinking of a world or British title win will happily and glibly celebrate the KO loss of someone like Price. It is not a good scene, it is an acidic and bitter landscape—it is less than what it should be.

It runs two ways, too, as some fans will argue that they feel they have been cut adrift, an insistence that you have to have fought to talk fighting left deep and lasting divisions. Maybe this little disconnect, this suggestion has poisoned some mindsets and led to a thinking wholly born out of negativity. Some may feel that they are low in the hierarchy and take joy from the misfortune of others higher in it.

Either way, and however you cut it, we live in an age ripe for schadenfreude as we live in an age of negativity. We have turned away from politics, away from the wider world and into our mobile devices and online bubbles to the point where boxing fans—so-called, either way—can glibly celebrate a bad KO loss if the “Other” loses and will then quite seriously—and always publicly, we must be seen to do things and not do them privately—grieve if a fighter is badly KO’d, injured or dies.

It is an incongruent situation, to celebrate KOs if it happens to a certain person and bemoan them if they happen to others. It one that reflects badly on us as boxing fans. The Internet is a mirror, if you held that mirror to boxing then it isn’t as horrible as, say, politics, but we are well down the same path.

I am one of those fans who goes to bed and dreams of middleweight title wins, amongst other things, as well as British title victories and a Lonsdale belt outright. Most of us do, it makes perfect sense.

Indeed, actor Idris Elba has launched a series called Fighter in which he tries to secure a professional kickboxing fight and, presumably, a win. Elba has conquered TV and film, so why is he doing this?

It is down to the “Because…”, that “Because I want to…” we all hold over something and, hopefully, at more than one point in our lives. For all of his success, the Hollywood star has an itch to scratch and is hoping to do it.

Imagine doing it. Imagine winning more than just that one fight. Imagine rising to the top, being garlanded with medals and titles? Well, Price did just that in his career thus far, netting respectable titles in a career that still has a way to go.

Sure, he may not reach world title level, and never outrageously boasted of doing so, yet the Liverpudlian has achieved a lot in boxing, experiences than many of us would love to share, so maybe that is the root of the problem. A small green root called envy that corrupts our hearts and minds, removing perspective from them as it grows.

Price has had a fine career, one that many—Elba or, say, fellow fighting fan Paddy Considine—would have loved to have lived in another life. No matter what we do, what you achieve, a nagging voice may always say ‘I wish I could have done that’.

So think on it, don’t dwell on it and, as I will do, the next time you sit down for the “day job” ask what you would give for a British title winning boxing career. In many cases, and in the case of many fighters, we’d give an awful lot just to hear the word “And new British Champion…”.