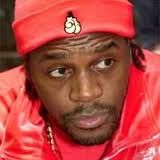 Audley "A Force" Harrison – Where did it all go wrong?

European champion, winner of a Prizefighter tournament, a top 10 world rank, a one-time holder of the lightly regarded WBF world title, and one unsuccessful challenge for the WBA world title. Not that a boxer aspires to be someone who doesn’t take their chances at world level, but there are many who would consider the aforementioned highlights to be that of a successful career in professional boxing, but Audley Harrison shouldn’t be content with such accolades.
After claiming Commonwealth gold at Kuala Lumpur in 1998, as well as becoming Britain’s first boxing gold medalist in 32 years at the Sydney Olympics, Harrison’s amateur success in the super-heavyweight division captured the public’s imagination.
With various promoters all over the world looking to secure his services, including Don King and Frank Warren, the sky was the limit for then 29-year-old athlete. Nevertheless, Harrison decided to be self-promoted, with many firmly believing this to be his first mistake, one that he made even before throwing his first punch as a professional. With the benefit of hindsight , one has to wonder whether he should have been managing his own career, especially during its initial stages when the entirety of his focus ought to have been on making the transition from amateur to professional boxing.
The quality of Harrison’s opposition in the early stages of his career was far better than what was being put in front of other prospects at the time, of that there is no doubt, although the same couldn’t be said of some of his overall progress and development. Stamina and conditioning were an issue, as was all too apparent even as soon as his 2nd outing in 2001 against Derek McAfferty [2-3], a durable journeyman who turned out to be significantly better than a prospect’s 2nd victim had any right to be. With Harrison visibly breathing heavily and dictating a slower pace to the fight as early as round 2, it was an indication that something was amiss, at least with hindsight. After all, here was a boxer who could cope with 4 rounds x 2 minutes schedules against the best amateurs in the world, yet was struggling insurmountably after just 4-5 minutes of professional boxing.
Fortunately, Harrison’s defense was up to the task of making sure that McAfferty’s superior stamina didn’t count for anything, but it didn’t look good to the casual fan, nor did it provide a suitable night’s

entertainment for a restless Newcastle crowd who became progressively more vocal in expressing their discontentment. Harrison persevered and was able to win a unanimous decision over 6

rounds. He boxed in spurts, ultimately outclassing the journeyman with his raw talent. Still, a stamina problem was blatant and it needed to be addressed at some point in the future if Harrison was to be step up to a higher level. It was a shortcoming which caused him more difficulty a year later against Dominic Negus [13-4-1] and Mark Krence [11-0], especially the latter, who at one point was able to land a clean left hook on an open-mouthed Harrison, forcing the Olympic champion to weather the storm until he had the energy to take control of the fight again.

As of 2003, thanks in part to the benefits of his high-altitude training in Big Bear, California, Harrison started to look less like an out-of-shape prima donna who was complacent enough to believe that his skills alone would be enough to continue winning fights. Nevertheless, in finally taking measures to improves his conditioning and stamina, Harrison only did what was necessary when it reached a point that he had no choice but to act. This frustrating passage could accurately sum up Audley Harrison’s 11 years as a professional. One need only look at his two fights with Danny Williams in order to see continuity of this.
In Harrison vs Williams I (2005), Harrison lost via a split-decision in a fight which was difficult to score, but really shouldn’t have been competitive. By the time they met again in a year later, Harrison had also been outpointed by Dominick Guinn and his career progress has stalled dramatically. In short, he had nowhere to go and losing to Williams again would have all but ended his world title ambitions. Much to the surprise of many, Harrison annihilated Williams inside 3 rounds. Not only did he beat Williams quicker than Vitali Klitschko, but Williams looked much worse for wear than he did after 8 rounds against the big Ukrainian. Harrison produced a performance that was genuinely world class, but why couldn’t he have produced this sort of display in their meeting 2 years previously?

The acclaim was short-lived as he would lose his next match, the first of two meetings with Michael Sprott in 2007. After knocking his opponent down in the opening round, Harrison seemed to become complacent, standing in front of Sprott and seemingly looking for tight angles on the inside that are elusive for tall boxers. In round 3, Sprott threw a wild left hook which landed cleanly on Harrison’s open mouth, scoring an emphatic KO. Why was he caught with his mouth wide open (yet again)? Why did he cease to box on the outside? Only Harrison knows. He said after the fight that his knockdown on Sprott threw him off his gameplan, but that’s a poor excuse. He had once again lost to an opponent that he should have been able to beat, only this time, he was the victim of a brutal KO. It went from bad to worse 2 years later, where after two routine wins against Jason Barnett [10-6] and George Arias [41-10], Harrison was outpointed by Ireland’s Martin Rogan [10-0]. Frank Warren, who had taken up the task of trying to rebuild Harrison’s career following the Sprott defeat, was dismayed. He commented on how it wasn’t the fact that he had lost to Rogan, but the manner of it that was disappointing. After failing to force a stoppage, Harrison allowed Rogan back into the fight and somehow ended up being outworked by a very durable but technically limited adversary.
With his career is tatters, Harrison was desperate enough to enter the Prizefighter tournament in 2009. With preparation for a specific opponent taken out of the equation and up to three 3×3 minute round fights on the same night, the format of the tournament is one where the best fighter wins, not necessarily the best boxer. Critics predicted that Harrison would be intimidated, but if he was, he certainly didn’t show it. With his career on the line, Harrison showed tenacity in wins over Scott Belshaw [10-2-0], Danny Hughes [6-0-1] and Coleman Barrett [8-0].
Following his success at Prizefighter, Harrison was presented with the opportunity to avenge his loss to Michael Sprott, as well as to claim the vacant European heavyweight title in 2010. After suffering a shoulder injury in the second round, Harrison was unable to throw punches with his right hand, while also being forced to lead with his left hand for large periods of the fight. Despite his bravery, Harrison was down on the scorecards going into round 12 and seemed destined to lose, even if due to misfortune rather than his own negligence on this occasion. Alas, there was another twist in the plot to come with Harrison backed up onto the ropes. After seemingly on the verge of being stopped himself, Harrison was able to turn his man around before unleashing a lethal left hand which would have KO’d any heavyweight. A spectacular turnaround indeed given the circumstances.

With his career seemingly back on track, Harrison’s next fight was against Davie Haye [24-1] for the WBA heavyweight title. In a tedious encounter with barely a shot landed by either boxer after 2 rounds, it was eventually Haye who would take the initiative, landing a flurry of shots on an overly negative Harrison. Another chance wasted. 18 months of inactivity later, Harrison received the call from Steve Goodwin for a clash with Ali Adams [13-3-1], an Iraqi born novice based in the U.K. After shaking off the ring rust, Adams was outclassed inside 4 rounds, a win which paved the way for Frank Maloney to consider Harrison an ideal opponent for David Price [13-0], the reigning British & Commonwealth champion. Despite the fact that Harrison was 17 stones 5lbs / 245lbs at the weigh-in, the lightest he had ever been as a pro and just 1b heavier than he was at the Sydney Olympics, Price was able to dispose of him emphatically in round 1.
Next up for Harrison is participation in Prizefighter International Heavyweights III. Even if Harrison were to win it, which seems extremely unlikely given the quality of the line-up, his career as a professional boxer has been one of vast under-achievement. With size, the southpaw stance, a deadly left cross, and a repertoire of shots far beyond what most heavyweights are capable of throwing, Harrison definitely had the potential to dominate a weak heavyweight division. Opinions drastically vary as to his shortcoming(s), although general consensus is that he had all the necessary tools to be heavyweight champion of the world. Did he lack ability?
A plethora of widely-respected and legendary voices within the sport have said otherwise over the years, including George Foreman, Lennox Lewis, Sugar Ray Leonard, and even domestic rival Danny Williams. Did he lack punching power? Michael Sprott would disagree, as would Brian Nix and Rob Calloway, two American journeymen who suffered broken jaws. No heart? Despite the fact this could certainly be said of some of his performances, evidence of the contrary can be found in Harrison vs Williams II, Harrison vs Sprott II, and Prizefighter. Was the lucrative BBC deal at least partially too blame? A plausible argument considering the fact that boxers are as task-orientated as any athlete. They can surely be demotivated by exorbitant preemptive rewards. Lack of self belief? Certainly not apparent in any of his interviews. Complacency? Certainly rife in Harrison vs Sprott I and in his loss to Dominick Guinn. Whatever the reason(s) for his failings, Harrison has regressed from a British national hero to an object of mockery and disillusionment. A tragic and unprecedented waste of talent.