Has The British Heavyweight Title Lost Its Appeal?

To much rolling of eyes, this notice was, (amongst others), posted on the BBBoC site a few days back –

‘British Heavyweight Title Fight – SAM SEXTON v GARY CORNISH – The Stewards decided to put out the above contest to purse bids to be submitted in accordance with the Terms and Conditions attached to the Board’s Head Office by 12:00noon on Wednesday, 8th March 2017, the contest to take place by the end of June 2017.’

Yes, you read that right, Sexton Vs Cornish is going to be for the British Heavyweight Title. A title once held aloft by the likes of Henry Cooper, Lennox Lewis, Brian London, Joe Bugner and Herbie Hide, among others.

Dillian Whyte was the champ however he chose to relinquish his title to try for a rematch with Anthony Joshua or a shot at Deontay Wilder’s WBC belt instead of defending it. Whilst I see what the motivation for that would be, he could have had a defence whilst still looking for his move back to a world title shot. 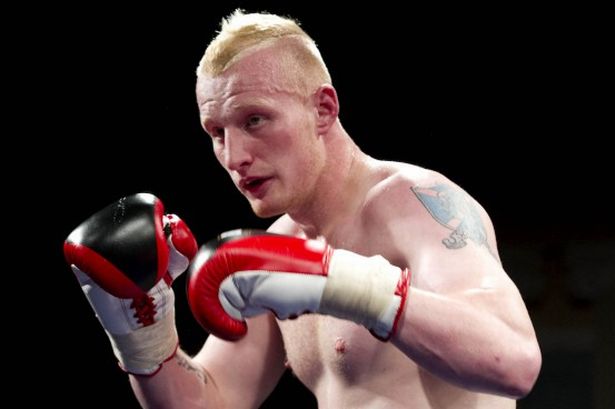 Cornish has had two fights since being completely blitzed by Joshua in a round back in 2015. Between the two fighters Cornish fought they had a total record off 11 wins, 58 losses and 7 draws. Now having been conclusively beaten in a round, it is understandable to gentle lower yourself back in; however, the joint records of the last two opponents leave a lot to be desired and would take a brave man to argue that they were anything other than carefully picked confidence builders. Cornish has another fight on 18th Feb against 9 fight novice Revaz Karelishvili. Hardly world class.

Sam Sexton has had a successful run of eight fights undefeated, since he was KO’d in the fourth round Vs David Price back in 2012. His best win in that undefeated run has been a points decision in his rematch with the “infamous” Larry O. In his career, Sexton has had three fights at any sort of level slightly above national (Price once & Derick Chisora twice) each time he has come up slightly short. Whilst his recent Twitter feud with Dillian Whyte has been amusing, I don’t think it was ever likely to result in a fight, which, in my opinion is a shame as I’m not sure Whyte is as good as some make out. That however, is a topic for another time.

The point I am trying to make is that the British Title is now not what it once was and isn’t held in the same high regard as in previous years.

That said Frank Bruno never fought for it.

Not all fighters can be European or World Champions and that is fine and more pointedly admirable, I do think that fighters should be made to defend their title though and not just be able to use it to get some TV exposure or use the name, without actually caring about the belt (as some in recent years have done). How that can be done though is going to be a long and arduous road for the BBBoC. I can see a day close when the WBF multi coloured rainbow international double bronze belt will be worth more in the eyes of fighters, promoters and more importantly TV/money men, than the treasured Lonsdale belt.

I wish the BBBoC, Cornish, Sexton and all who fight for the strap well…