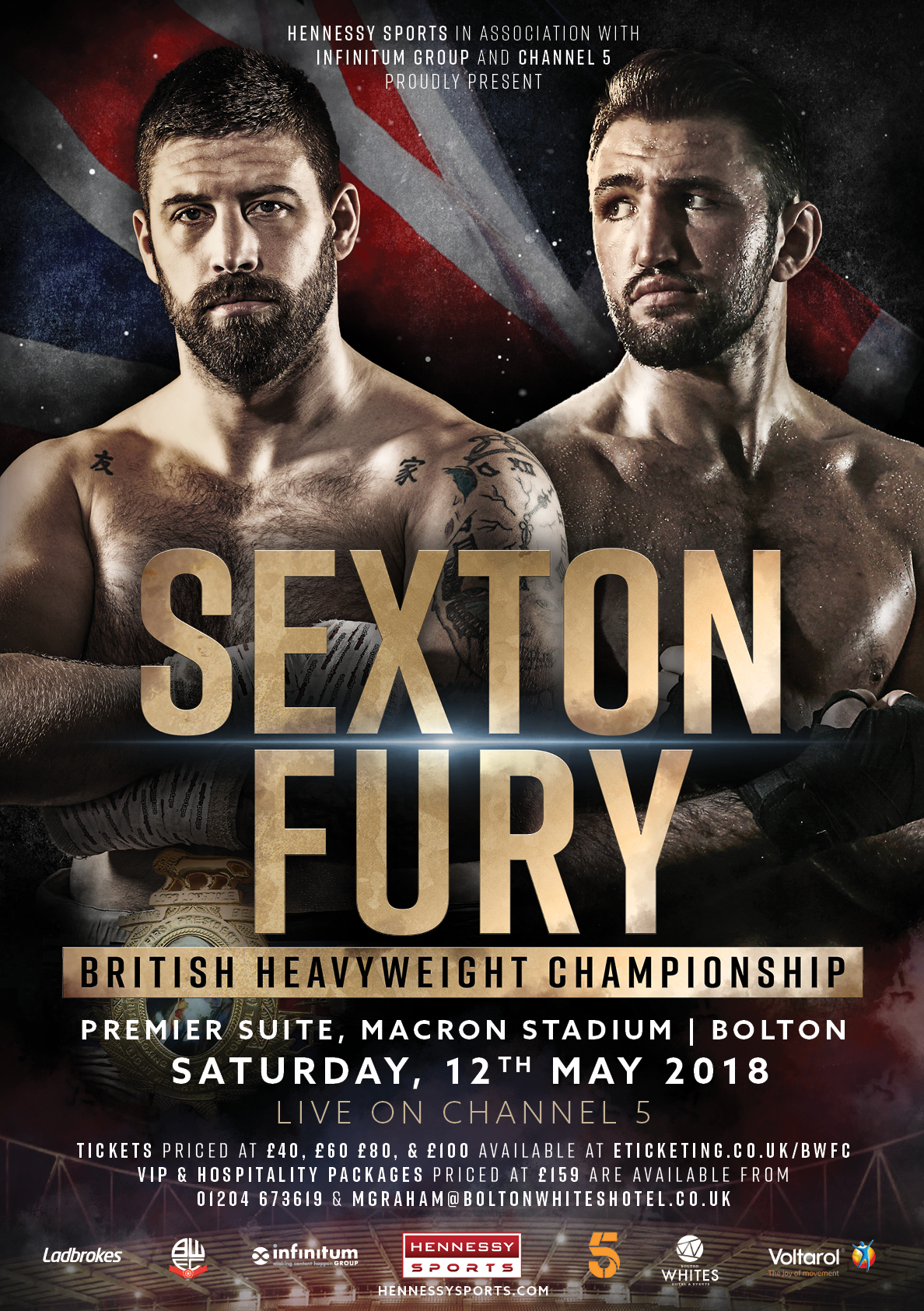 Despite being 10 years younger than British Heavyweight Champion Sam Sexton, challenger Hughie Fury believes his experience against WBO World Champion Joe Parker will take him to victory against Sexton when they clash on Saturday 12th May at the Macron Stadium, Premier Suite, exclusively live in the UK on free-to-air Channel 5.

Fury, 23, reckons the twelve rounds he went with Parker last September, which many boxing experts felt that he won, has given him the ring knowledge that will be crucial for his showdown against the Norwich puncher.

Sexton, a former Commonwealth Champion, has racked up 144 rounds in 27 fights compared to Fury’s 104 rounds in 21 fights, and has faced some top domestic names over the years like Dereck Chisora, Martin Rogan and David Price, but his win over Gary Cornish last October to claim the British title has rejuvenated his career.

This will be Hughie’s first fight since his controversial points loss to Parker last September and he is now hungry to be crowned best of British before targeting a world title holder, either WBC Champion Deontay Wilder or the winner out of Anthony Joshua and Parker’s unifier at the end of the month.

“I went in against Parker just shy of turning 23 and not having fought for nearly a year and half and in my heart I truly felt that I was the winner that night, the judges thought otherwise, but I know I should now be the World Champion,” Said Fury.

“That’s all said and done now and despite the decision going against me I have to look at the positives from my performance and taking Parker the full twelve-round distance, which was the first time I had gone twelve rounds, making him miss widely with his punches, using my footwork and defensive skills to make a supposed hard-hitting World Champion look slow and ponderous,”

“There is more I could have done on the night, but we’ve addressed that with my dad and trainer Peter which we’ve been hard on in the gym and we’re looking forward to coming back against Sexton with that added experience and improvements which I believe will be a crucial factor in me winning the fight,”

Fury added, “Sexton has fought some of the big names around the scene, but he’s never challenged for a world title or been in against world class opposition and I think me know having that experience and knowledge is key.”