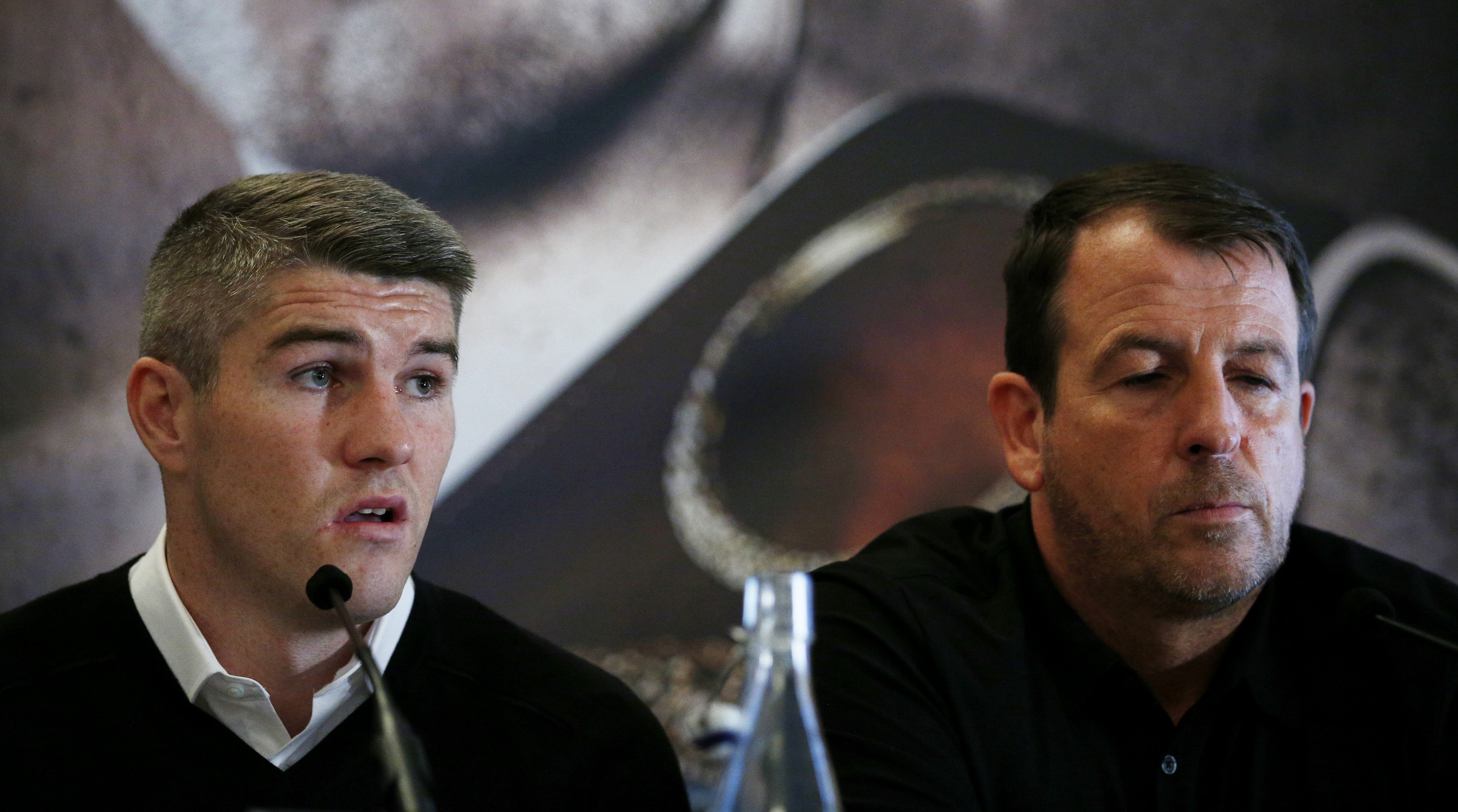 Liverpool’s Liam Smith might have conceded his precious WBO Super-Welter strap and unbeaten tag to Mexican megastar ‘Canelo’ Alvarez in Texas last September (ko9), but his coach Joe Gallagher insists that, still just 28, ‘Beefy’ is positively frothing to re-assert his domestic dominance at 154lbs when he collides head on with Clydach Vale’s undefeated Liam Williams, the reigning British champion, in what promises to be a high grade and explosive Anglo-Welsh confrontation at Manchester Arena on April 8th.

Speaking to Glynn Evans, Gallagher asserted: “Come fight night, ‘Beefy’ just ‘switches on’. Pundits are always commenting on how he snarls and smiles at opponents, goads and baits them, whilst remaining calm himself. If anyone tries roughing it, drops the nut in or lands a bollock shot, they can expect one back immediately. ‘Beefy’ just relishes fighting. He’d spar every day if I’d let him. He’s got a natural fighting mentality.

Williams is a bit of a control freak but Smith’s a master at dictating the tempo. ‘Beefy’ is a very smart kid with regard to judging situations mid fight. He’s a thinking fighter who doesn’t need too much guidance from the corner. He sets plenty of traps.

He’s very good at forcing opponents to do what they don’t want to do. Can Liam Williams box on the back foot? Does he have the boxing brain to sustain a plan for 12 rounds or will he revert to brawling when the heat’s turned up? We don’t know but we’ll definitely find out on 8th April.”

In his British title defence against Gary Corcoran, Williams got drawn in, fought with his heart and lost his composure. If it does get fractious in the pressers and media, ‘Beefy’ will thrive off that. He’s a good talker who doesn’t spout shite. He keeps it real and usually backs up what he says.”