Josh Warrington, Nicola Adams set to light up Leeds on May 13 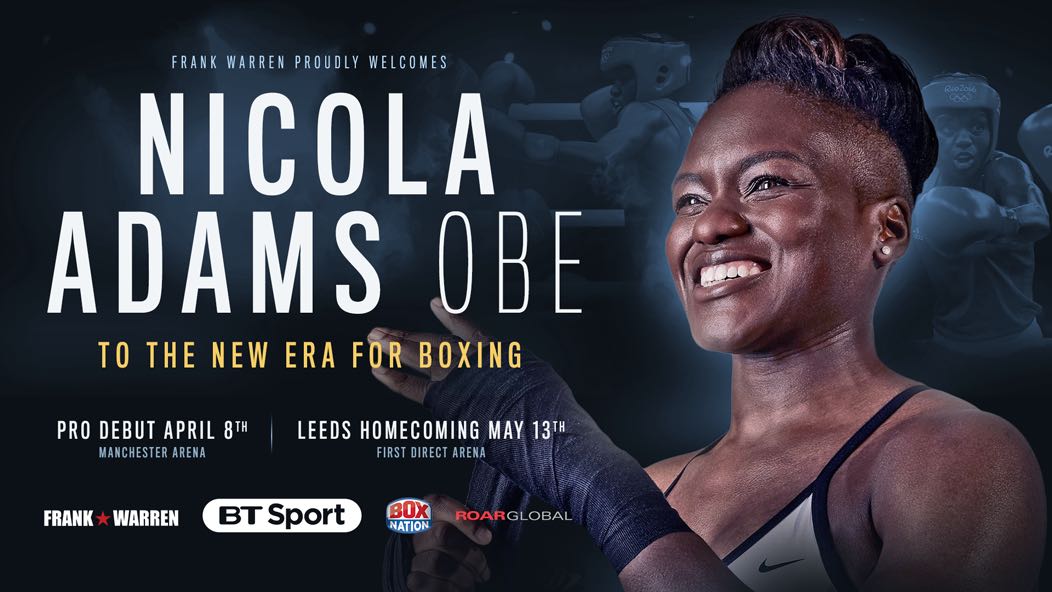 Yorkshire hero Josh Warrington returns to the First Direct Arena in Leeds on Saturday 13th May where he will make the third defence of his WBC International Featherweight belt, live on BT Sport and BoxNation.

An offer has been made for undefeated Warrington to face former IBF World Champion Kiko Martinez. The Spaniard has mixed it with the likes of Carl Frampton and Leo Santa Cruz and is a step-up in opponent for Warrington.

‘The Leeds Warrior’ is itching to get back under the lights after a lengthy layoff and is promising to make a statement in May before targeting a summer blockbuster clash with IBF Featherweight Champion Lee Selby at Elland Road.

“I can’t wait to get going again,” said Warrington. “I’m excited to get back in the ring and I’m looking forward to May 13th. An offer has been made to Kiko Martinez and it’s a great fight for me if it happens. He’s a former World Champion and he’s mixed it with the best. Carl Frampton openly stated that he was one of the hardest opponents he’s boxed.

“When I sat down with my team I asked them to get me the hardest opponent they could find for my return to the ring and then do what we can to get a World title after. I’m not looking past May 13th, he’s a very tough opponent, but I want to go out there and make a statement.”

“I would like to be ready for a World title fight next year and bring the belt home to Leeds,” said Adams OBE. “I think that’s quite realistic with all my experience. I’ve had over 200 amatuer fights, I just have to adapt a little more for the times of the rounds and we’ve been working hard on slowing down my feet, getting more power in my punches.

“This is what it’s all about for me! I can’t wait to fight in front of all of the Leeds fans. The atmosphere in the Arena is going to be unreal and I’m sure it will replicate the noise at the Games. I haven’t boxed in Leeds since I was 13-years-old so this really is a homecoming fight.”

Chief support on the card sees Liverpool’s Jazza Dickens defend his British Super-Bantamweight title against highly-rated County Durham slickster Thomas Patrick Ward. Dickens failed in his bid to de-thrown Cuban pound-for-pound star Guillermo Rigondeaux back in July and is itching to get back in the ring after recovering from a broken jaw. Recent Warren signing Ward boasts an impressive unblemished record of 19 wins from 19 fights and is described by many in the North East as British boxing’s best kept secret.

Guisborough Super-Lightweight Josh Leather will fight for his first professional title when he takes on Dublin’s Phillip Sutcliffe Jnr for the Vacant IBF Inter-Continental strap. Former England amateur captain Leather is undefeated in eleven and has stopped five of his opponents. Irish amateur standout Sutcliffe Jnr is firmly on the comeback trail after suffering his first career loss back in May 2016.