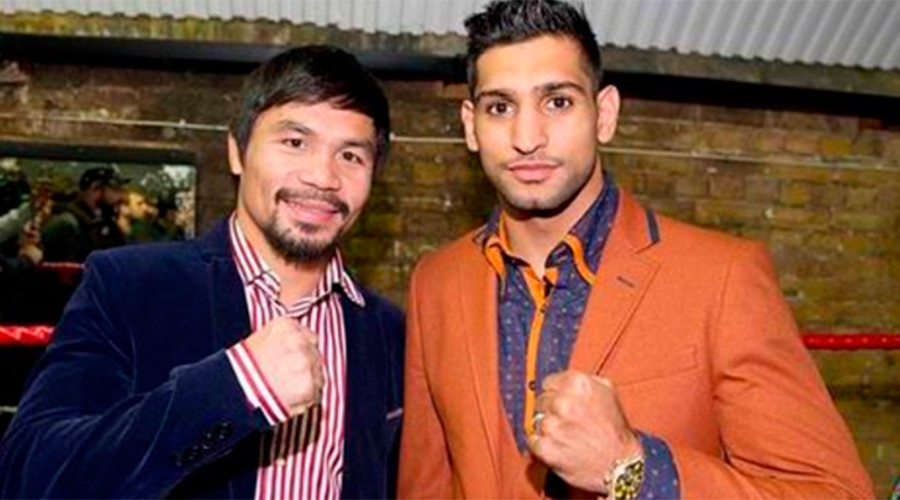 Amir Khan will take on WBO welterweight world champion Manny Pacquiao on April 23rd after the pair confirmed the fight on social platform Twitter at the weekend.

The location has yet to be agreed, with various venues in different countries being touted. Reports earlier in the week suggested that the match-up could take place in either Khan’s hometown, possibly Bolton Wanderers Football ground or more than likely if it’s in the UK, the near-by Manchester Arena would be favourite.

However Pacquiao had already revealed that his next fight would be in UAE (United Arab Emirates) and it’s believed there is high possibility at this stage that that is where he will face Khan, Dubai appears the likely place.

Both fighters took to Twitter on Sunday to announce their “super fight” due to take place on April 23.

“Negotiations between team Pacquiao and team Khan have come to terms for the April 23 bout as this is what the fans wanted,” Pacquiao tweeted.

Negotiations between team Pacquiao and team Khan have come to terms for the April 23 bout as this is what the fans wanted. #PacquiaoKhan