Could Bellew really become heavyweight champion of the World? 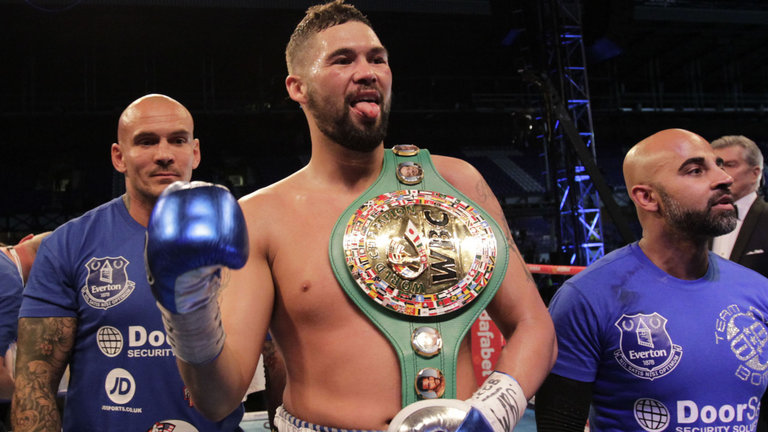 At the O2 arena this past Saturday night we saw one of the biggest shocks of recent years. It was a Heavyweight contest which saw the WBC Cruiserweight champion, Liverpool’s Tony Bellew, move into boxing’s marquee division for the first time in his career. He was facing former unified Cruiserweight champion and former WBA Heavyweight champion, David Haye. It was meant to be a conclusive, destructive, early knockout for the London-born boxer. What ensued was anything but.

Haye — clearly looking a shadow of his former self — struggled to pin down and time his shots to anything like the ‘Hayemaker’ of old. The ‘Bomber’ showed good movement and didn’t go down like a cast member of Platoon when he did get caught. Many, me included, thought he would do. After the Bermondsey fighter snapped his Achilles in the sixth, it was only going to go one way. Both fighters were tiring by that point but, in my opinion, Haye more so.

What followed, though, was Bellew struggling to finish off a one-legged boxer who was shipping a lot of punishment from his opponent. Whatever people may think, he hasn’t carried up the relative power from the division in which he’s a champion. The problem he could well have is the fact that the guys he’s now being linked with – barring Joseph Parker – are going to have a considerable size and reach advantage over him.

Parker — assuming he comes through his May 6th date against Hughie Fury, which is far from a foregone conclusion  — would be the shortest of the title holders. The New Zealander would only be an inch taller and have a two inch reach advantage over the Brit, not exactly huge considering the differentials you normally get at Heavyweight. Although Parker can look very good when reeling off combinations, his stamina is an issue and he’s not hard to hit. Tony, I feel, could outbox him. If Fury were to prevail against Parker and bring the belt back to the UK again, that would be another option that would be on the table in an all British clash.

Deontay Wilder standing at 6’7” and having a nine inch reach advantage over the ‘Bomber’ is a different kettle of fish. The ‘Bronze Bomber’ can be out-boxed and, in my opinion, is going to be spectacularly knocked out when he finally steps up opposition. But I don’t feel Tony possesses the power to do it or the size and speed to outbox him. And regardless of people’s perception of ‘Windmill Wilder’, he can also knock anyone in the world out.

The current Cruiserweight champion has already stated he wouldn’t fight the current IBF Heavyweight champion, Anthony Joshua, due to the fact they’re friends. If Wladimir Klitschko was to defeat AJ at Wembley on April 29th, I don’t think Bellew would get anywhere near even an ageing Wlad. Due to the defensive nature of the Ukrainian giant, it would be a long, painful night for the smaller man, and an, ultimately, boring fight until ‘Dr Steelhammer’ decided to take risks.

I think we can rule out a move back to Cruiserweight as, financially, it’s not as lucrative, as the opposition are unknown to the masses over here. Parker, I believe, would be the best, and safest, option for him in a cash-out fight. And if he did pull it off, he could then ride off into the sunset as a former two-weight world champion.