Will Derry Mathews and Ohara Davies be drawn into an emotional brawl? 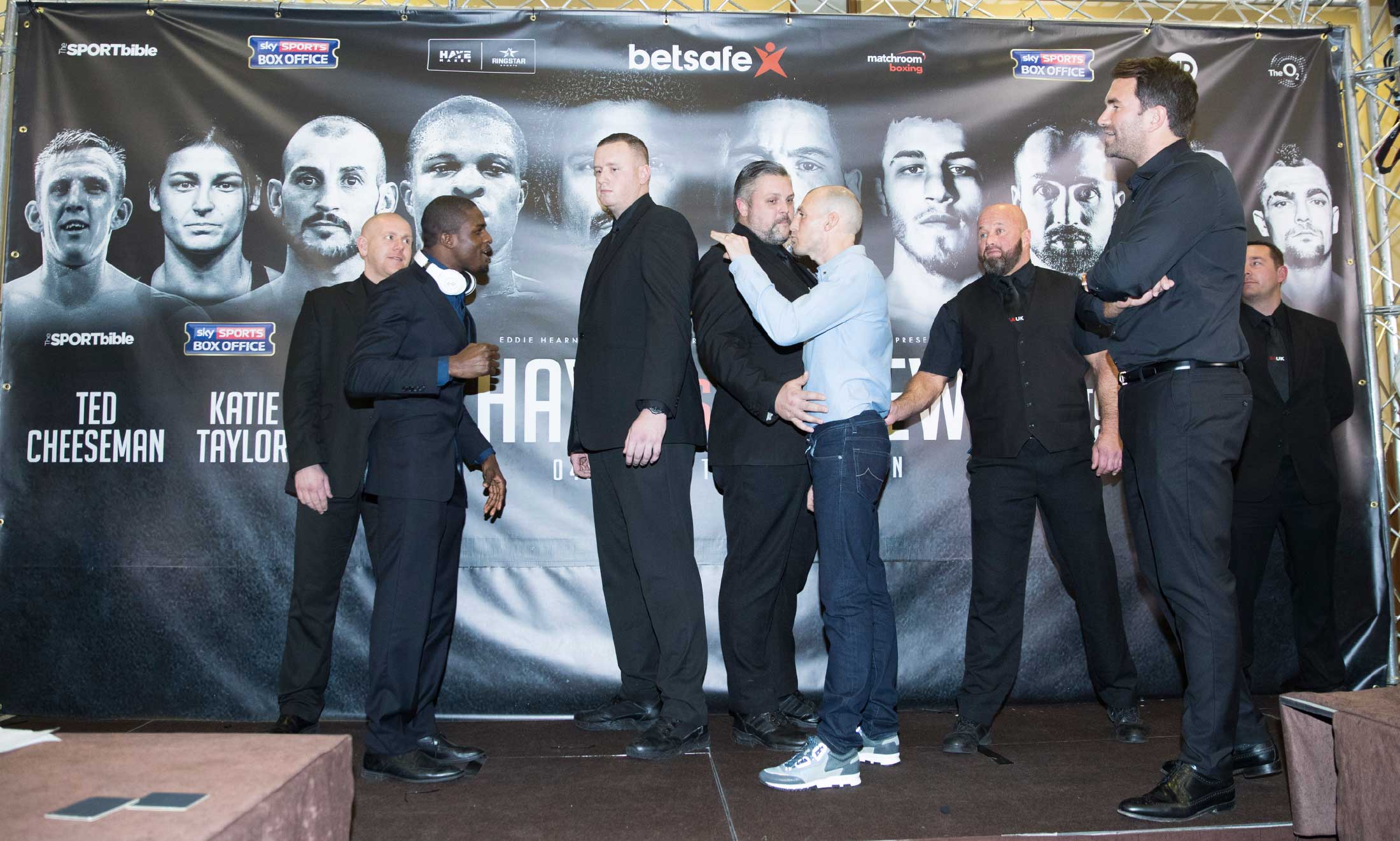 Hannah Lines writes… With the tension rising in the build up to one of the biggest fights of the year between David Haye and Tony Bellew, there are two fighters on the undercard who have also given in to the media hype.

Derry Matthews (38-11, 20KOs) and Ohara Davies (14-0, 11KOs) have had social media fans revelling in the conflict between the rivals in the lead up to the fight this Saturday. What may have started as friendly banter, has now become personal.

Some would argue that Matthews is the best opponent that Davies has fought to date. That is not to say that Davies’ previous fights have been easy, but with more experience and knowledge of the sport, Matthews’ age certainly gives him that advantage.

Davies doesn’t regard Matthews as someone in the division that is to be respected and is “just another opponent” to get to where he wants to be. He looks up to the likes of Ricky Burns and Terence Crawford and claims that Matthews is “not world class”.

But with a lengthy career in boxing, Matthews has had his ups and downs. He has faced some great opposition in his time and it is surely a testament of his abilities as a boxer, regardless of age. He fought Anthony Crolla back in 2012 and won. The two had a rematch in 2013 and the outcome of a split decision resulted in a draw for the two. Next, he went on to beat Tommy Coyle later that year, by knocking him down in the tenth round. He has also fought Terry Flanagan (32-0, 13KOs) twice, albeit falling short of a win either time. Both fights were in Flanagan’s favour, with a unanimous decision given at both events. Just because it was a loss for Matthews, I think we still need to appreciate that he went for 12 rounds with Flanagan just last year and that is a credit to his skills as a boxer.

In October, last year, he also faced Luke Campbell (16-1, 13KOs) for the WBC Super Lightweight title and the Commonwealth (British Empire) Super Lightweight title. Matthews was knocked down late in the 3rd round and twice again in the 4th. With Campbell being 4 years his junior, has Matthews learnt anything when fighting a younger but less experience fighter as himself?

Ohara Davies may have been underestimated in his power and physical agility. He says “I can’t understand why I get slated by the boxing pundits”. He himself admits his last fight to Andrea Scarpa (20-3, 10KOs) might not have been the most exciting fight but he says “I done what I had to do to get the job done”. Davies won on points in a unanimous decision from the three judges, after going 12 rounds with the formidable Scarpa. Scarpa was undeniably an experienced boxer in his own right, having won the last 19 of his fights before stepping into the ring with Ohara.

The general consensus online is that, despite any personal feeling about either fighter, Ohara Davies will come out victorious. I believe that the two will go to war over the twelve rounds and the result may put Davies in favour on points. But if they come out swinging, their previous discrepancies with one another could draw them both into an emotional brawl, which could have either boxer caught short with a knockout.

Do you agree with Ashley’s opinion? Please leave your comments below or follow us on Twitter @britishboxers

If you are a competent writer and you are a advocate of British boxing, feel you have a say and would like to see your work published on British Boxers, contact us.