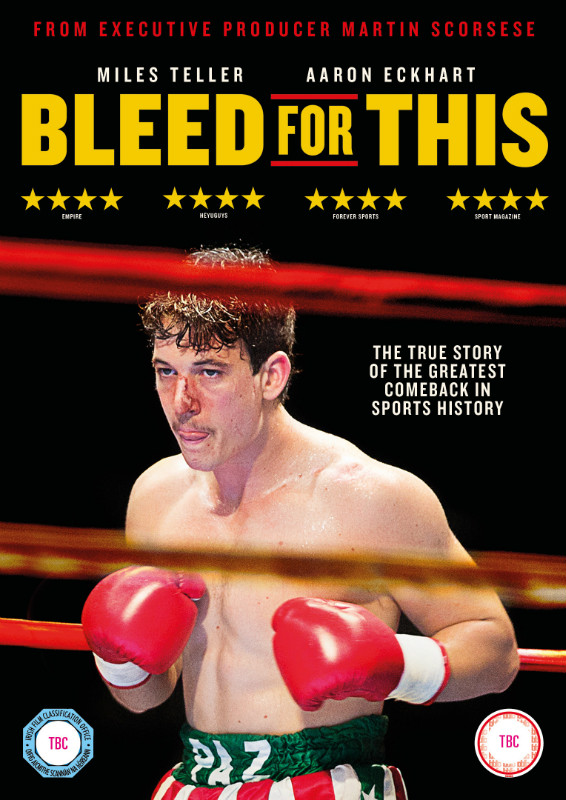 British Boxers are giving away 3 copies of the DVD ‘Bleed For This’ the boxing biopic of ring legend Vinny Pazienza.

Winners will be notified on Sunday Evening.

ON BLU-RAY, DVD AND DIGITAL PLATFORMS

The utterly gripping and compelling true story of a former boxing champion’s excruciating battle to return to the ring comes to home screens when BLEED FOR THIS hits Blu-ray, DVD and Digital Platforms on March 27th, 2017 courtesy of Icon Film Distribution.

Featuring a gripping central performance from the increasingly eye-catching Miles Teller (Whiplash, War Dogs), BLEED FOR THIS follows boxing prodigy Vinny Pazienza’s soaring rise to stardom and two world-title fights. Then, at the top of his game, Vinny is involved in a near-fatal car accident that leaves him on the brink of paralysis, as doctors tell him he may never walk again will have to hang up his gloves forever. Against all odds and doctor’s orders, renowned trainer Kevin Rooney (Aaron Eckhart; The Dark Knight, Sully) helps Vinny return to the ring just a year after the accident to compete in what could be the last fight of his life. 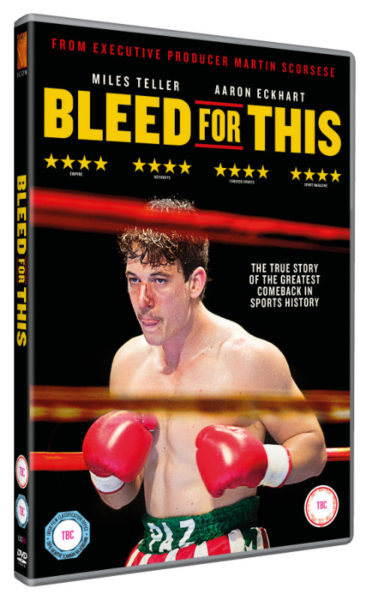 Marking the return of writer/director Ben Younger (Prime, Boiler Room), with his first film in 11 years, and boasting an impressive supporting cast including Ciarán Hinds (TV’s Game of Thrones, Silence), Ted Levine (Shutter Island, American Gangster) and Katey Sagal (TV’s Sons of Anarchy), BLEED FOR THIS revisits the charms of one of cinemas most beloved and timeless genres, channelling the true spirit of the underdog story with immense conviction. A knockout for boxing and movie fans alike!

Inspired By a Legend Featurette