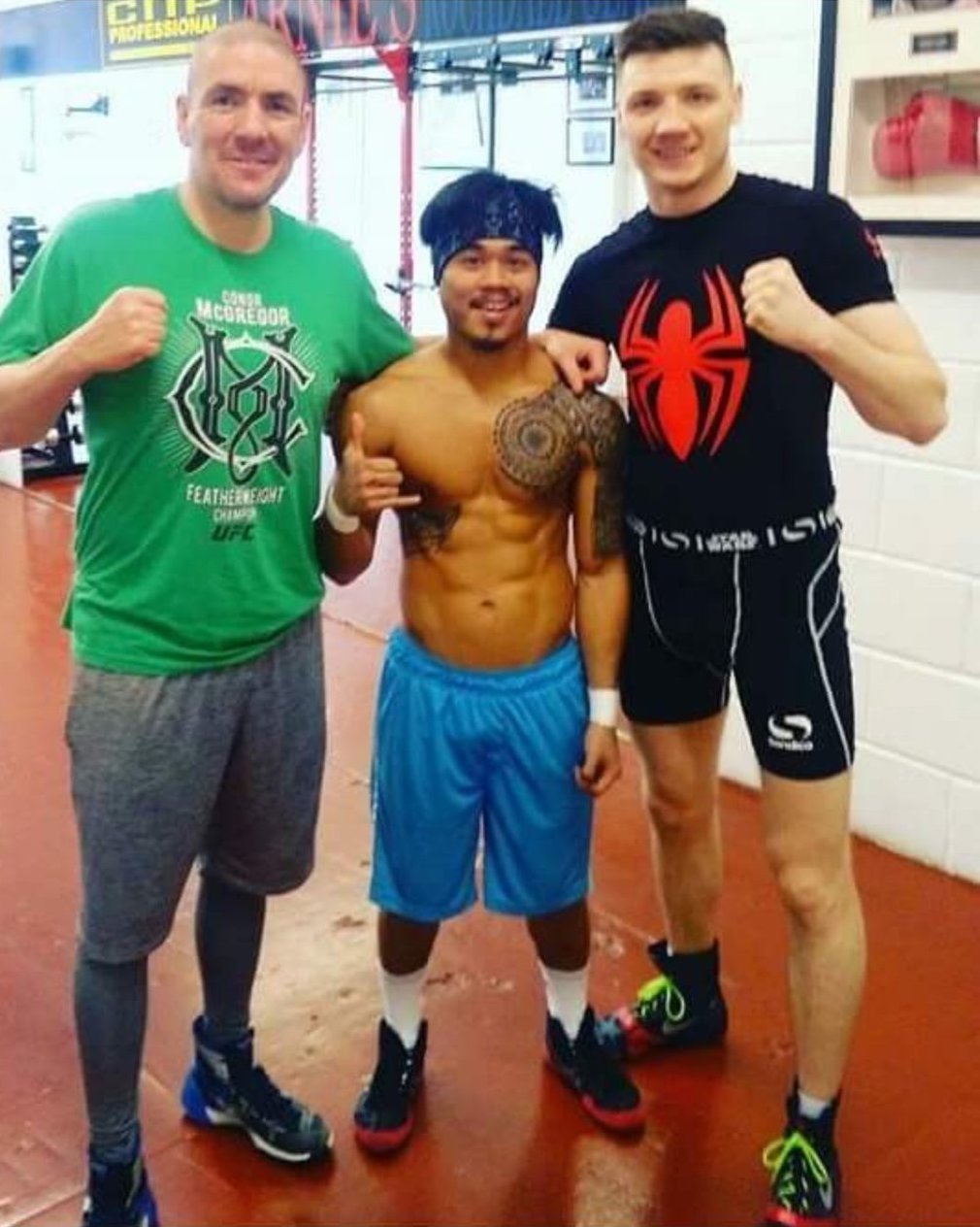 For many Filipinos, Good Friday is one of the most important days in the calendar. From manic Manila to peaceful Siquijor, the bustle of daily life in the Philippines grinds to a halt as residents of the predominantly Catholic country devote their time to observing Easter.

The vast majority simply pay their respect through worship. Some of the particularly devout choose to flagellate themselves. Others chose to go one step further and reenact the crucifixion. With real nails. It happens. I once held the nails for a Roman soldier.

Even the country’s shopping malls and Jollibee restaurants close. If you’ve ever spent any amount of time in the Philippines, that little fact might just shock you more than any other.

Lorenz Michael Romarate (11-1, 8 KO’s) has previously spent his Easter break celebrating with his family in the shoulder to shoulder shanty towns of Cebu City or on the beautiful paradise island of Boracay. This year, the 24 year old flyweight spent it going through a gruelling circuit on the top floor of a mill at Arnie’s Gym in Failsworth.

“I grew up in Cebu City. I would live with all my family in, well, I think you call it a squat. We were always very happy though,” Romarate told British Boxers. “Since I was a kid, I went to the boxing gym every day. When I was 15, the owner asked me to live in the gym. I said yes and so I started to sleep there. I started my boxing career at that gym and I had 100 plus amateur fights.

“I always watched professionals so I never adopted the amateur style. I believed in myself that I had power and that I could be a world champion.

“I was always one of the prospects from my gym and I always fought on big shows, usually in a supporting bout. My opponents were not that easy but I have the power so I knocked them down.

“I stopped fighting three years ago when one of my friends offered me to work on Boracay. I went there and worked and I stopped boxing but still continued my training. One day I met an English guy. I was teaching him private lessons and he saw me in the gym every day and offered me the chance to come over here. I told him that I had no money for a ticket but he told me not to worry, he’d take care of everything. I thought it would be easy to get my licence so I didn’t get one in the Philippines. Now I’m hoping to get a visa and a licence. Hopefully I can get them and I want to fight all of the great fighters here.”

That English guy was a friend of George Warren, son of Frank Warren and one of the deals makers at BoxNation. Unexpected phone calls are part and parcel of the boxing business. Sometimes the person on the other end of the line delivers bad news, sometimes an opportunity lands in your lap. Trainer Anthony Farnell – who has already trained an IBF world bantamweight champion in Paul Butler –  had absolutely no idea what to expect when he answered a call asking him to take a look at Romarate earlier this year.

“I’d never heard about ‘Phil’. George said to me that he was sending him up and that I should let him know what he was like,” Farnell said. “After one day I rang George back and said that he should sign him straight away. The guy is awesome and he wants it so much. He wants to learn too. He isn’t one of these guys who thinks he knows it all. He will try everything you say and I can’t fault him at all. The guy is world class. He’s fitted in brilliantly and all the guys here love him.

“All Mike needs is a few warm up fights and then he should just be let go. The way he’s been sparring, I’d put him in with anybody.”

At a recent show in Manchester, ‘Phil’ [it doesn’t take too much imagination to work out how that particular nickname came about] quietly mingled in the dressing rooms as his new gym mate Michael Gomez Jnr prepared to fight. Once he took his seat in the arena, local fighters began to chatter. Some well known prospects asked him for photographs and swapped stories about what they had seen or heard about the mystery Filipino’s exploits in sparring.

You see, Romarate has been building himself quite a reputation in the gym. He has more than impressed during sparring sessions with some of the country’s top prospects and even his unbeaten gym mate Macaulay McGowan – who campaigns between welterweight and light middleweight – says that he needs to be wary of taking a shot when they move around together.

“You’ve not seen anything like Mike’s style yet,” Farnell said. “He can box and he can fight. I can’t say that he has a certain style because he can do it all. He’s very explosive, very exciting and he has power in each hand. Big, big power.”

“Here, I spar the good prospects but I can still handle them,” Romarate continued. “They are in trouble when they spar with me. I can see myself that I belong with the great fighters. In the future I want to fight with all the great fighters in my division.

“I think I probably would have been a champion if I hadn’t had a break. I am glad that I did though. My body is fresh now. If I didn’t stop, maybe my body and brain would be tired. I’m happy that I stopped for three years and came back. I feel like I’m an amateur again and I’m about to turn professional.

“I sparred once with [IBF flyweight champion] John Riel Casimero but I would always spar with Donnie Nietes who is a a two weight world champion. Also, many top fighters from Japan. There are lots of good world champions and challengers that I have sparred with.”

Romarate is currently staying at a friends apartment in Salford Quays whilst those who are looking after him attempt to secure a work permit. The Philippines is renowned for its friendliness and hospitality and the Pinoy seems to have found a home away from home in northern England.

Manchester is a friendly, multicultural city but Arnie’s Gym is as British as they come. Romarate stepped through the door and straight into a barrage of jokes from Gomez Jnr, Aston Brown and Ciaran McVarnock and borderline insanity from McGowan. Luckily, he enjoys every second of it and it has quickly become apparent that although he comes from the opposite side of the world, he shares the same hunger as the ambitious youngsters he now calls friends.

“When I was younger I would wash the older fighters handwrap bandages for a little extra money and early in my career, when I fought a four rounder they would pay us $10 a round. Once you have paid everybody out and bought yourself an ice cream or whatever, you don’t have much money left,” he remembered.

“When I landed in London. I didn’t go to any gyms, I just went running. My mate, he was supposed to bring me to one gym but George said that I should go up to Manchester and go to see Arnie.

“I was freezing because I grew up in a tropical country but the first day I came in the gym and the first day that I met the guys here, I felt like I belonged. It’s like a family. Arnie’s style is similar to my style too so that helps. Arnie is a funny guy but then he gets serious when it is time to work. It is easy to adapt to his style because he tells you to take your time. In the Philippines they keep on pushing you harder and harder. It’s very different.

“I like it here because my life is boxing and now, the gym is my family.”