Jez Smith ready for Conor Benn and any other Welterweight prospects 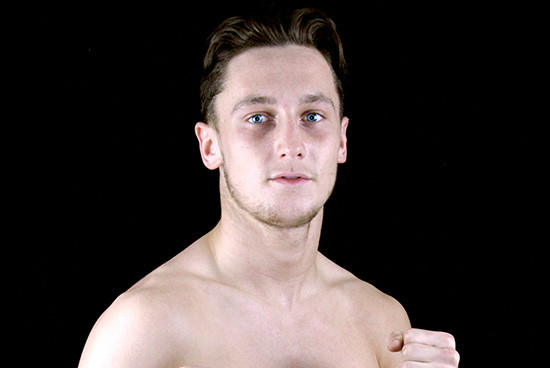 After seven fights that failed to wet the appetite of Jez Smith (8-0-1), he agreed to put his unbeaten record on the line and face off against fellow undefeated prospect Macaulay McGowan (10-0-1). The pair clashed at Harrow Leisure Centre in October 2016 and after a thrilling encounter, both men had their hand raised in a draw.

The result prompted a return to the drawing board and a change in trainer, Jez Smith is now ready to take on any other prospect in the UK.

The 23 year old followed his brother and fellow Queensberry promoted boxer, Mitchell Smith into the sport at a young age, and after a fledgling amateur career he turned over to the pro ranks in 2015. Eyebrows were raised when the undercard for Liam Walsh’s IBF eliminator was announced and it saw Smith and McGowan matched against each other.

It is not unfamiliar in boxing to see prospects rise to 20-0 these days before they have stepped in with another fighter with similar ambitions to their own; however the sharp increase in competition for Smith was not something that he was going to complain about – ‘I felt like I was making nice progress and if I fight someone who’s undefeated and then beat him, then it would be a good push in the right direction’ he said. Of course we know now that the result ended in a draw, but nothing but positives have arisen from the contest for Jez.

At this moment in time the rematch looks unlikely, ‘Obviously the draw it gave me a lot of publicity after, but nothing has come from it since. If the rematch happened then I would take it, but it would depend at what weight, I’ve heard he’s fighting at light middleweight now and I’m not a light middleweight so it would all come down to that’ he explained.

Reflecting on the fight now, Smith says ‘I felt like it was a big step as I was coming from four rounders and I didn’t even get the chance to do a six rounder. Obviously I’d knocked a few of them out as well, so they didn’t go the distance either’. Heading into the fight though, his goals were clear, ‘I thought I could get the win and push on from this. At the end of the day, I believe you need to prove yourself with other prospects by beating them, to then be able to move forward in your career. Mitchell said to me ‘if you can’t beat people the likes of this, then you’re not really gonna be ready to push on anytime soon’, so it’s just a case of proving to yourself that you’re up to it’.

From the fighters point of view, Jez explains that it was nice to be able to tell people he was facing a fellow unbeaten fighter, rather than another journeyman; ‘At the end of the day, when it comes down to selling tickets, there’s only so many times that people want to come to watch you fight a journeyman, so it was nice to be able to tell people I was fighting another undefeated fighter and we’re both putting it on the line. It’s good for the fans, because with journeymen, you get a few of them that will just fall over. You’ve got to learn your trade with them, but you’re not actually learning with every single one of them’.

The main change following the draw was the decision of Jez to move to popular trainer Adam Booth. ‘Mitchell had obviously teamed up with Adam, and after my draw with Macauley McGowan I sat down, and assessed everything, and the trainer that I was with, I just felt he didn’t have enough experience for me and he couldn’t really take me to that next step’ he said, ‘I was sparring down Adam’s Gym quite a bit and so I sent him a text to see if he’d be interested in training me and if we could have a chat. We had a chat, he said he’d be happy to train me and manage me’. Much like other fighters from the gym, the Harrow man speaks very favourably of the short time he has been training with his new coach; ‘The progress is unbelievable, I’ve come on as a fighter already and I’ve only been with him several months’, before gleaming ‘Andy Lee is an ex World Champion, Billy-Joe Saunders is a World Champion now and being around people like that in the gym it just gives you a buzz, and you’re able to just watch and learn from the people around you and pick up little things. If you can pick up little things from each one of those fighters, then just imagine the type of fighter you’d be!’

Although there is no set date for Jez’s next fight, it’s clear that he is confident with his new set up and is ready to welcome all challengers – ‘I’ll be out end of May/ Start of June. I’m gonna make sure I’m fit and I’m ready. I wanna keep active, my last fight was on a Steve Goodwin show and I had a good six rounds, I boxed well, I’m improving and I just want to kick on a little bit. I think I’m ready for some title contention or for any other prospects that want to fight. Let’s get it on’. He did also mention that there is one name in particular that he’d love to fight at this stage, ‘I see Conor Benn is moving up the rankings, and he’s at my weight, he’s definitely someone I’d like to fight. I feel like in my career now I need that push, so either a name or an undefeated fighter. The likes of Conor Benn, he’s a name, he’s with Matchroom, and I’m more than happy to go on other peoples shows and box them there’.

With another brother in the sport, it would be easy to assume that there could be extra pressures as the younger sibling attempts to craft his own name, separate to that of his brother. I like it’ he said, when speaking on the pressure, ‘but sometimes I do get people just saying ‘oh, it’s Mitchell Smith’s brother’, and I don’t want people to only recognise me as that, I want to get in there and show everyone what I’m about. We’re different people, and we fight totally different’. Overall though, it’s positive for Smith; ‘It’s good for me, because even in the evenings we go running together, and it’s good to train not only in the day with your team mates, but to then be able to go in the evening with your brother and push each other. If we can bring the best out of each other, then that’s all we want’.

In conclusion, though it is still very early in the career of the young fighter, the end goals are clear – ‘There would be nothing better than topping a bill with your brother, two British title fights or even two world title fights, if we keep working hard and moving in the right direction, then good things are bound to happen’.