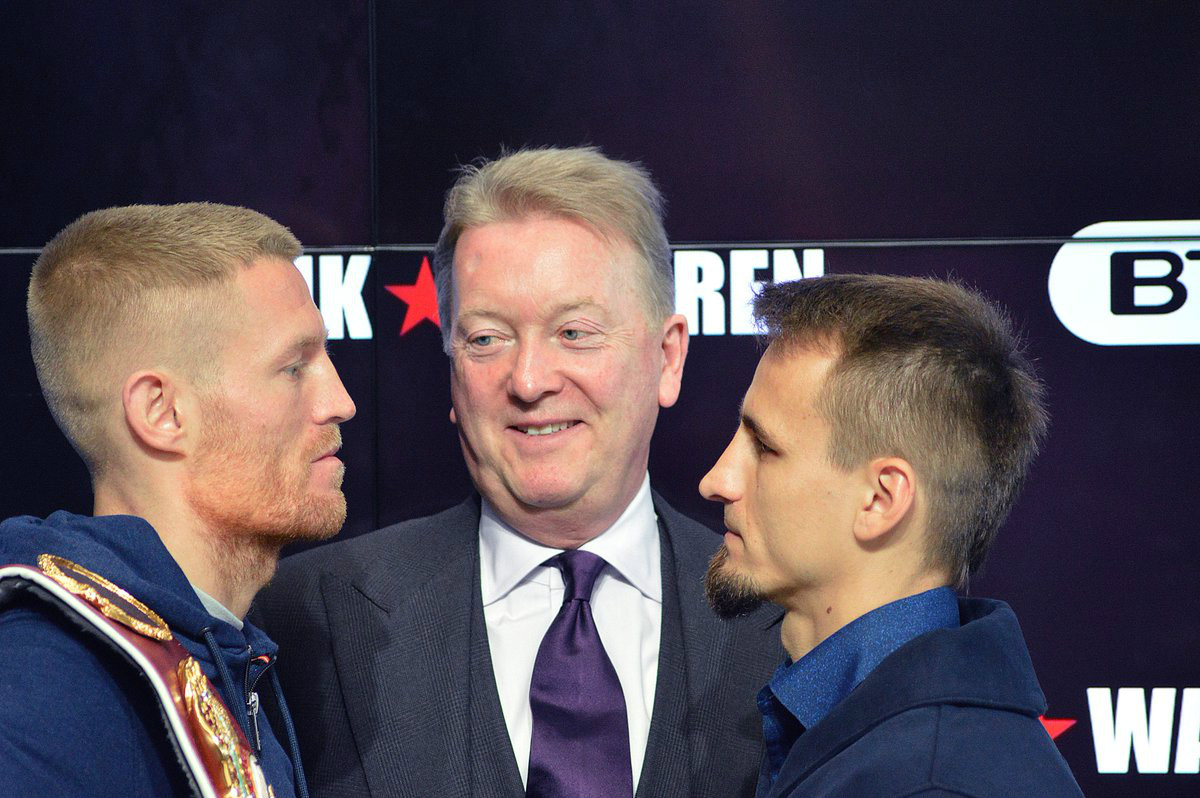 So it’s fight week and the build up has begun. Terry Flanagan faces his toughest opponent to date in Petr Petrov in defence of his world title. And Liam Smith goes in with Liam Williams in a potential British classic. We were at this weeks press conferences and open work out and here are some pics from the week, more coming soon.

Undefeated WBO World Lightweight Champion Flanagan defends his belt against Petrov at the Manchester Arena, with a mouth-watering clash between Liam Williams and Liam Smith in support on April 8th.

Also on the show, two-time Olympic Flyweight gold medallist Nicola Adams makes her professional debut after an impeccable amateur career where she won Commonwealth, European and World honours as well as her success at the London and Rio Games.

Flanagan (32-0, 13 KOs) holds the longest current unbeaten run in British boxing and will be making the fifth defence of his crown. Since winning the belt in July 2015, he has convincing wins over Diego Magdaleno and Derry Mathews and destroyed Orlando Cruz in Cardiff in November.

This will be the 27-year-old’s first appearance in his hometown since October 2015, when he blitzed the tough Magdaleno in just two rounds. The southpaw is targeting huge unification bouts at Lightweight this year.

Russian-born Petrov (38-4-2, 19 KOs) fights out of Madrid and his only two defeats since 2007 came to Marcos Maidana and Dejan Zlaticanin. The 33-year-old is the WBO’s second-ranked contender behind Felix Verdejo.

Manchester fans will also witness the mouth-watering Super-Welterweight clash between domestic rivals Williams and Smith, with the WBO Interim Title on the line.

Williams recently picked up the WBO European Title with a win over Gabor Gorbics in Cardiff. The unbeaten Welshman is ranked at number three with the governing body and is aiming for a World Title shot this year, but first he must overcome a former World Champion who is eager to get back to the top of the division.

Last September Smith put in a brave effort against Saul Alvarez in Texas but was stopped in the ninth round by the powerful Mexican, handing Smith his first defeat and lifting the WBO belt.

This 50/50 match-up has been brewing for a long time and has all the hallmarks to be Fight of the Year.

Elsewhere, Nicola Adams begins her journey to become a World Champion after winning a haul of gold medals for Team GB. The Leeds fighter believes she could be ready to challenge for a World Title as early as next year.

Weigh in pics and Fight Pics will be available on this website soon… Thank you for visiting us.

Here are some videos