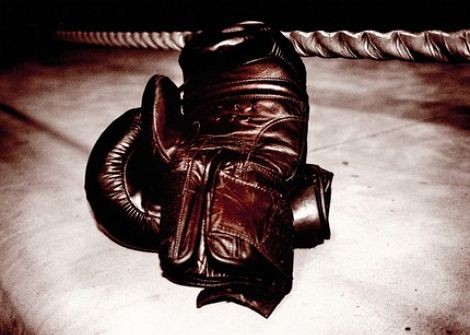 Liam Williams Interview: “I’d accept a fight with Liam Smith and Win It!”

LIAM WILLIAMS: ‘IF I WAS OFFERED A BRITISH TITLE FIGHT AGAINST LIAM SMITH TOMORROW, I’D ACCEPT IT AND EXPECT TO WIN.’

Downsizing has enabled Liam ‘The Machine’ Williams to move up through the boxing ranks.

A former six time British amateur champion, the 22 year old from Clydach Vale in the Rhondda valley began his pro career in the middleweight division but his decision to streamline last year has taken him to the cusp of a British title challenge down at 11 stone.

The former roofer, now unbeaten in 11 (one technical draw) knows that, provided he continues to win, he’ll get a crack at domestic glory before the pending 2014-15 season is through.

Williams returns to the ring following his sensational win over Ronnie Heffron in July when he takes on Stepan Horvath over ten-rounds on the big Liverpool Echo Arena show on Saturday 25th October.

Boxing writer Glynn Evans called up the Welsh youngster to hear his story.

The Welsh valleys have spawned some of the finest fighters in ring history. What do you recall of your early life in the Rhondda?

I had a very enjoyable childhood. I think it’s much harder growing up in the big cities.

Clydach Vale is a very close community where everybody gets along. It was an easy place to live with nice people. There’s lots of mountains and, from the age of about 13, I used to ride motocross bikes.

That said, I was always getting into fights. I was a wicked little kid, full of energy and very ‘chopsy’. I never got in trouble with the law, mind. I had a good bunch of friends and getting involved with the boxing took me down the right path and disciplined me.

You had a fabulous amateur record, winning 44 out of 49 bouts and capturing six British titles across various age groups.  Yet you opted to turn professional at just 18. With retrospect, do you regret not staying on for a crack at the major international tournaments such as the Commonwealth Games or Olympics?

Not really. I’m quite happy with what I achieved as an amateur. I was actually due to attend an Olympic qualifier through the Welsh ABA but, shortly before departure, I got run over by a woman using her mobile phone.

I felt I wasn’t getting the opportunities I deserved at international level. I felt the GB set up tended to favour the English boys. To be fair, lads like Billy Joe Saunders, Anthony Ogogo and Ryan Aston were older and possibly ahead of me back then. But at the time, I didn’t feel I was getting treated fairly so decided enough’s enough and just dropped out. My decision.

You concluded your amateur career – and had your first three pro fights – coached by Vince Cleverly, father of ex WBO light-heavyweight king Nathan Cleverly. What were you able to take from that association?

Vince was excellent for fitness training and got me throwing a lot of shots. It was great experience training alongside Nathan who was world champion at the time. We did quite a bit of sparring.

But I didn’t feel I was learning a lot technically so I phoned Vince up, thanked him for all he’d done for me, but told him I felt I needed to move on. He didn’t take it too well initially but we’ve since moved on and made up. You’ve got to be selfish in this game and I believe it was the right decision.

You profited from a quality apprenticeship, fighting hardened journeymen such as Ryan Clark, Tony Randell, Nick Blackwell and Jamie Ambler, whilst campaigning mainly in the middleweight division. Clearly, it served you well.

That’s the way it should be. Young prospects shouldn’t be getting it easy. I’m very grateful that the matchmakers picked the right fights that have allowed me to develop and advance. Some (prospects) are far too looked after.

Often I’d be told that my fight was made at, say, 11.8 then the opponent would turn up at 12.2 and I’d be conceding a lot of weight. But I never struggled with any of the opponents and the size difference allowed me to get the rounds in and learn my trade. Even when I saw a weakness or an opening, I’d never steam in for the finish. I was never in a rush to score knockouts.

Why did you take the decision to drop to light-middle? What alterations did you need to make to your training schedule?

Gary had been suggesting it for a long time. I’d been fighting around 11.10 but, over time, strimmed down to 11.2, 11.3 for my fight with Tyan Booth (December 2013).  I then weighed under 11 stone for my British eliminator with Ronnie Heffron. I did it correctly, through diet and nutrition and gradually got used to fighting at that weight. Now I feel very strong.

Two years back, there’s no way I’d have eaten a salad. Now I’m eating far cleaner. But it’s been hard. Making weight is never easy. It messes with your head and drives you round the bend but no one forces you to box. It’s part of the game I choose to be involved in.

Latterly, you’ve switched to manager Gary Lockett’s upwardly mobile gym in Cwmbran. What are the secrets behind its recent successes?

For a start, there’s plenty of good quality boys here with decent amateur pedigrees. There’s so many different styles that you can pick things up from.

Gary’s a very good trainer who works hard. He’s been in there and done it all himself at a high level (ex WBC middleweight title challenger) so that gets respect straight away. He’s very professional, likes everything done properly and isn’t slow to correct you. He’s really taught me to slow down and put all my weight into shots.

People take Gary the wrong way. I know he looks a miserable bastard but he’s good fun and, if we couldn’t have a laugh, I’d not be there. I need happy people around me.

In addition to Gary, you’ve got Enzo Maccarinelli and, until recently, Gavin Rees; a couple of world champions who I followed on TV as a kid and have always looked up to. Now I’m really good mates with them.  I’ve learned a lot watching how they get ready for their big championship fights and that prepares me for what I’ve hopefully got to come in future.

On a personal note, I’ve now got a couple of good sponsors so, about a year ago, I was able to give up my job as a roofer and train full time as a boxer. That’s been a big plus.

What are the pros and cons of training in the secluded Welsh valleys?

Life is very peaceful here. It’s not too hectic and we’ve got all these fabulous hills to run up. They can’t help but get you fit if you’re prepared to put the work in.

Downside, we sometimes get overlooked for the big bills. I don’t think we get the same opportunities that the English boys do. Also, because we’re isolated, it’s harder to get top sparring so we have to pay or travel. In addition to Nathan and Enzo, I’ve been away to spar George Groves, (Chris) Eubank Jnr and Tommy Langford.

Last April, you received an opportunity to fight on the undercard of stablemate Maccarinelli’s WBA light-heavyweight title challenge to Juergen Braehmer in Rostock, Germany. What were you able to take from that experience?

It was great. That was my first fight abroad as a pro so to have it on such a big card hopefully helps prepare me for bigger tests down the line. The boy (Portugal’s Yuri Pompilio) gave me a good fight. He was tricky and unorthodox, bouncing all over the place.  But eventually I got to him and stopped him in the eighth and last round. He’d not previously been stopped in 16 fights so I was pleased with my performance.

You earned rave reviews last time out, mowing down Oldham’s significantly more experienced Ronnie Heffron – a former Commonwealth title challenger – on his home turf at Manchester’s Phones 4u Arena. Going in, what gave you confidence you could spring an upset?

I get nervous going into every fight but, as soon as the fight was offered, Gary (Lockett) accepted it straight away. That gave me a big boost.

I knew my style would cause Heffron problems because I’m mobile and good on the jab whereas he’s quite stiff and doesn’t move a lot. From round one, I was putting him under pressure and hurting him. I repeatedly caught him with right hands and cut him early, though I don’t think that really affected his vision.

But his corner could see things weren’t going their way so were looking for a way out from the second round onwards, hoping for a technical draw. I was just a better all round boxer, with more to offer. It was a simple as that.

How do you assess your domestic rival’s in the light-middleweight division? How far are you off a challenge for the British title?

There’s plenty of decent lads coming through at 11 stone such as Larry Ekundayo, Sam Sheedy, Rick Godding, Gary Corcoran and, particularly, Joey Selkirk. They’re all good lads and I respect all fighters because I know how hard we all work.

That said, I’m confident in my ability to beat any and all of them. I understand that Scots Kris Carslaw and John Thain are to meet in an eliminator, with the winner of that – which I anticipate will be Thain – to meet me in a final eliminator.

(Recent WBO challenger) Brian Rose and (British champion) Liam Smith are a little bit ahead of the pack at the minute. I don’t think Brian would be interested in returning to domestic level and Liam might move on if he beats Nav Mansouri and bags the Lonsdale Belt outright.

I’ve the utmost respect for Liam, a very good champion, who can apply a lot of pressure and wears opponents down with his body punching. But I believe I’m just as good, just not as experienced. If the match was offered tomorrow, I’d not hesitate to take it and I’d expect to win. He’s quite static and easy to hit, there for the taking. I’d pick him off.

Long term, could you be the figurehead to revive boxing in South Wales?