Tommy Langford: “When I win, I’ve as much of a claim to being the full champ as Billy Joe!” 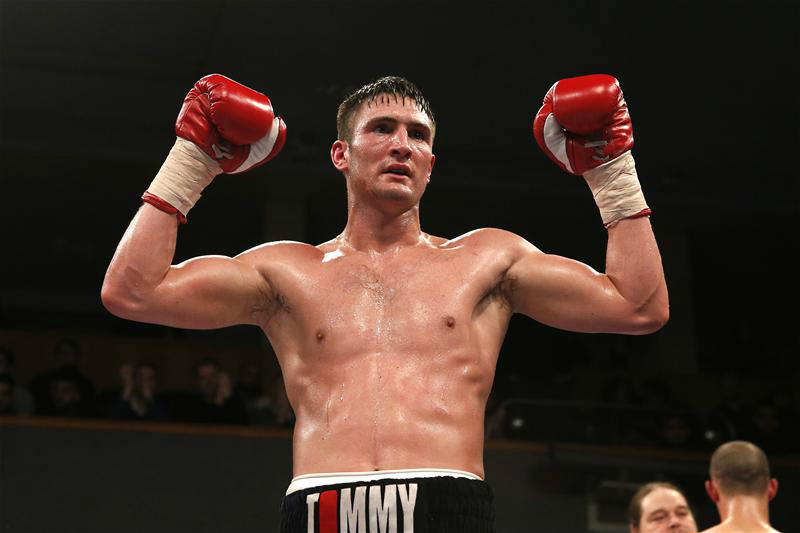 It might be wise to avoid mentioning to Tommy Langford that he’s fighting for a ‘diluted’ version of the world middleweight title when he fronts up to heavily avoided Georgian Avtandil Khurtsidze for the vacant WBO interim strap at Leicester Arena on Saturday week, writes Glynn Evans.

‘Look, Khurtsidze was Billy Joe’s mandatory but that fight didn’t happen so I’m happy to do his job for him,’ says the 27 year old Baggie Bomber with, one senses, tongue firmly planted in cheek.

‘When I win, I’ve as much of a claim to being the full champ as Billy Joe!’

‘Besides, it’s not just about the ‘interim’ belt, it’s where the victory will place me. People will no longer be able to avoid me. Thereafter, if Billy Joe gets a big fight and wins it, he’ll have to fight me.’

The six foot stylist knows that he’ll need to improve dramatically on his most recent outing if he’s to merit serious consideration with the division’s worthies, namely Saunders and Gennady ‘Triple G’ Golovkin; joint custodians of all the reputable belts.

Last November at Cardiff’s Motorpoint Arena, Langford required all his grit and nous to eke past shifty Sheffield switch hitter Sam Sheedy on a 12 round split that added the vacant domestic title to his expansive horde.

‘I was maybe at 60% but that was still enough for me to win the British title. What will I be able to achieve at 100%?

‘Every fighter wants to deliver a perfect performance but, to be fair to myself, it was very hard to look good against Sheedy. Sam didn’t come to fight. He was very negative, refused to engage, ran away.

He just tries to goad you into making mistakes. It was a very strange tactic for a British title fight and proved a losing tactic.

‘I felt I won six of the first eight rounds but then became a bit tentative when, if I’d put my foot on the pedal, I’d possibly have got him out. Still, I dealt with a very tricky customer everyone else was avoiding and move on. The most important thing is that I got myself over the line.

‘I’ve since vacated my Commonwealth belt and Sheedy gets to challenge for it. How bizarre is that?! I’ve retained my British title as a banker but I might never defend it because I want to operate at world level from now on. If I win in Leicester, I’ll be leaving the British scene behind.’

While bunch punching Tommy is blessed with one of the best tuned engines in British boxing, it’s unlikely he’ll be required to go chasing against 5ft 4in Komrade Khurtsidze who arrives with just one speed; fast, and one gear; forward.

With just two defeats in a 15 year, 36 fight pro innings, the sawn-off Brooklyn based co-challenger is certainly top drawer. However, stylistically he should fit Langford as snugly as an 8oz Everlast.

‘It’s been a very enjoyable camp,’ says the Midland man who is coached by fellow Brummie Tom Cheney.

‘It’s very much about me being me, manning up, refusing to allow Khurtsidze any opportunity to bully me. Every session has been very hard and intense and that suits me. This is my sort of fight, what I’m made for. I’m feeling very positive. I’ll be fully prepared for 12 tough, tough rounds.

‘I believe it’s a new hall, set up for about 3,500 and it looks a nice venue with no bad seats. I’m really looking forward to headlining,’ says Langford who is rated three with the WBO.

‘I’ll have at least 500 of my lot and I understand it’s already close to a sell-out. Hopefully those Midlanders coming to support the Leicester lads will help make it a very hostile environment for Khurtsidze.

The BT Sport-BoxNation axis represents a new dawn for British boxing and the Baggie Bomber is intent on playing a pivotal part.

‘2017 is gonna be a huge year for Tommy Langford,’ he concludes.

‘Frank Warren and BT Sport are going to need top quality fighters who are happy to fight anybody and I place myself in that bracket. This new deal is going to be crucial to securing the biggest fights for me.

‘Smashing the man no one else would fight would be a massive statement of intent.’

Remaining tickets for Saturday’s action priced £30 are available from www.ticketmaster.co.uk