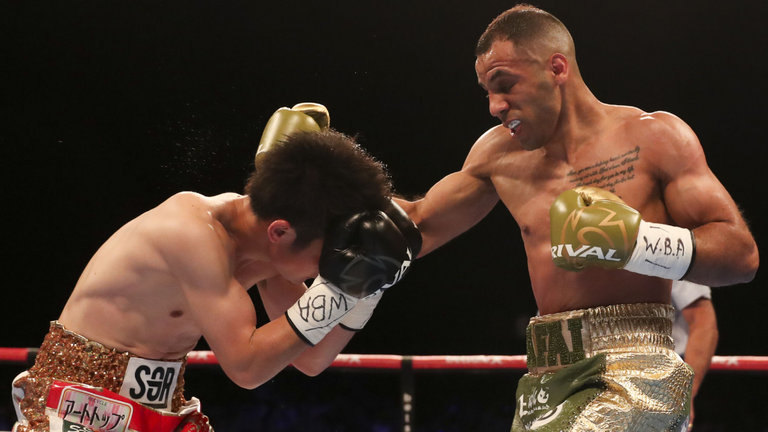 The Homecoming – Birmingham’s finest proved they have what it takes to bring home the belts!

The Barclaycard Arena in Birmingham heated up on Saturday night, with a fantastic lineup of boxing talent, several title fights and a crowd that proved Birmingham backs their home boxers 100%!

WBA World super flyweight champion Kal Yafai faced an opponent who turned out to be tougher than many assumed. Superflywight Suguru Murunka proved he hadn’t come all the way from, Japan to let YafaI walk away with an easy win, and in addition to that, he bought with him a chin made of steel!

It was clear from the first bell that Yafai had the upper hand in terms of power and the home boxer dished out plenty of powerful punches, landing two brutal hooks in the third round. Muranka, however, seemed to walk through the punches, appearing undeterred, seemingly unstoppable and a definite threat to Yafai’s Championship.

The Japanese fighter still kept coming back for more, landing his own hard-hitting body shot in round 5 that seemed to have a lasting affect into round 6 for Kal, who lost his mouth guard twice and appeared tired. Kal picked it back up again in round 7, landing a big right hand on his opponent, who remained standing.

Yafai utilised his skills and threw strong body shots throughout the rounds, however, having already been warned by the referee several times about low blows, round 8 saw Yafai have a point deducted.

This point deduction wasn’t enough to stop the local favourite from walking away victorious though, and after a brilliant and gruelling 12 round battle, Kal retained his WBA World super flyweight title with a unanimous decision victory (118-108, 119-107, and 119-107).

Speaking of his win, Kal stated he felt the effects of the brutal battle early on.

“My hands were in a bad way after two rounds, but I got through it, just had to do what I had to do.”

Looking to what the future holds, the World Title holder has said he still has things he needs to work on.

“I’ve a lot to work on, I’m still a work in progress, I’ve got to learn to slow my pace down a bit sometimes, take my time.”

Showing respect for his opponent, Yafai stated he “took everything he had” and that his “hands are in agony”

The future looks extremely bright for the Birmingham boxer, with promoter Eddie Hearn stating that Yafai is “Very critical of himself, it was a great performance.”

Battling it out for the Midlands Area Middleweight title, local lads, Sean Davis and Gamal Yafai, the brother of headlining boxer Kal Yafai, both bought with them determination and many fans!

However, Gamal also bought with him powerful body shots, which he continuously and successfully executed throughout the contest.

Round three saw him land a particularly powerful left hook, followed by a precise right hand that knocked Davis to his knees.

A spurred-on Davis came back with his own combinations and round 4 saw Yafai glove up to seemingly hunt and land power punches, which he found in round 5, knocking Davis to his knees with another forceful body shot.

These brutal punches from Gamal continued into round 7, which saw him knock Davis to his knees three times. Unfortunately for Davis, it was third time unlucky, and Gamal walked away victorious with a 7th round win due to TKO.

The new title holder and modest Gamal, who labelled his performance as “alright” has said that he wants to reach the top and follow in his brothers’ footsteps.

“I wanna be the second world champion from Birmingham.”

Sam ‘The Savage’ Eggington certainly lived up to his name whilst battling it out against Spanish-born Ceferino Rodriguez for the European Walterweight title.

The crowd went wild for the locally born warrior, who from the offset piled on the pressure, utilising his jab well and working the body. Rodriguez, however, remained front footed, with a fast jab and stance switch to Southpaw at times.

Eggington suffered an eye injury in the 5th round after dropping his guard. The injury didn’t deter him though and an electrifying 7th round saw Eggington withstand powerful punches from his Spanish opponent and come back with his own, forcing Rodriguez against the ropes and executing brutal combinations.

However, it was in the 10th when things got really explosive and Sam ‘The Savage’ showed he is just that, by landing two left hooks that knocked his Spanish opponent down and out of the ring.

A badly hurt Rodriguez deemed to be too badly injured to continue, resulting in a victory and well deserved European Walterweight title for Eggington.

Calling out Danny Garcia, Eggington’s promotor, Barry Hearn, says he is likely to return to the ring in September, but before that he needs a well-earned rest!

“I want to see him have a rest, he’s 23-years-old, I want him a defence, European maybe September.”

“I want Danny Garcia in Vegas for him after that, so if Garcia’s half a man, let him pick up the phone!”

The future certainly looks bright for the young Welterweight!