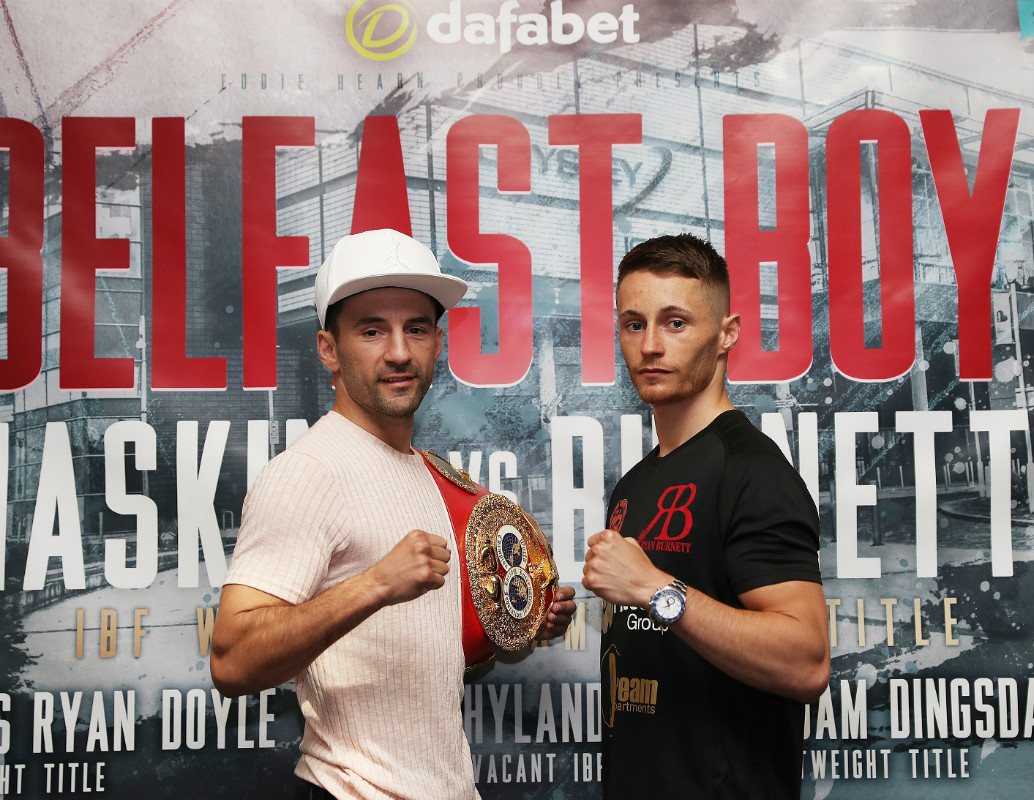 Ryan Burnett says he can follow in Carl Frampton’s footsteps and become a huge star in Belfast as he challenges Lee Haskins for the IBF World Bantamweight title at the SSE Arena Belfast on Saturday night, live on Sky Sports.

Burnett tackles his first World title fights in his first fight on hometurf in nearly three years, while the Bristolian puts his crown on the line for the third time. 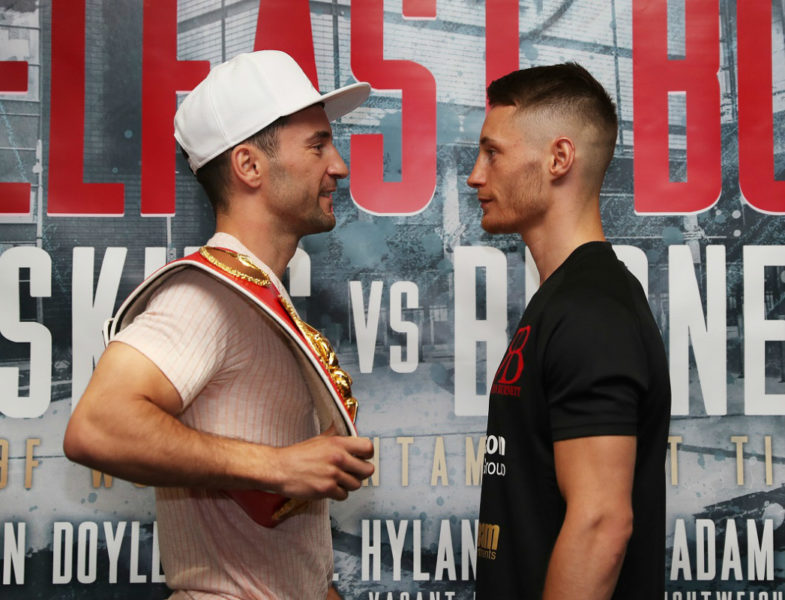 If Burnett can rip the IBF crown from Haskins, he’ll become the latest World champion from Belfast, following in the footsteps of Carl Frampton. ‘The Jackal’ also made the red belt his first World title in the Titanic Quarter back in September 2014, and Burnett hopes that Saturday is the first step on emulating the former two-weight World champion.

“People keep saying that I am the second coming of Carl Frampton – that’s a big statement,” said Burnett. “I do believe that I can emulate his success and be a big hit in Belfast. I’ve drawn a lot of inspiration from Carl and seeing a Belfast lad become a World champion.

“He’s taken the steps that I am taking now and seeing the level that he’s got to and what he’s achieved – and what he can still achieve – is massive. He’s done so much for boxing in Belfast, and I want to have the same impact.”

Burnett’s clash with Haskins is part of a huge night of action in Belfast where Paul Hyland Jr faces Adam Dingsdale for his first pro title with the IBF European Lightweight strap on the line. 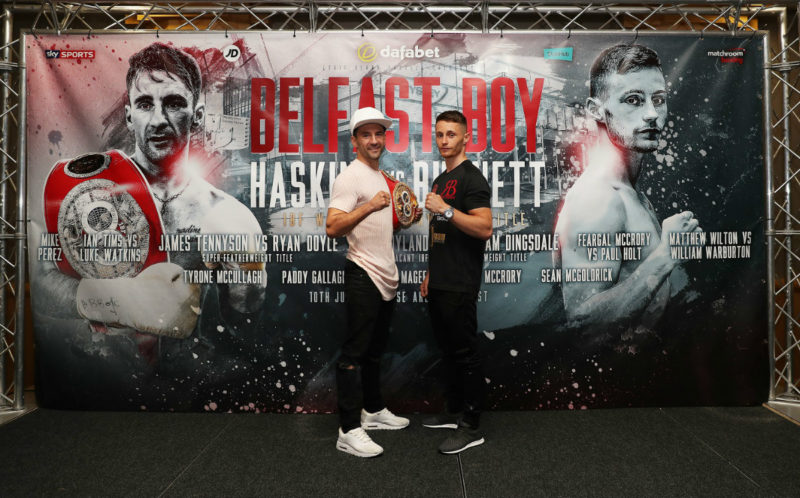 Tickets are on general sale priced at £30, £40, £60 and £100 from the SSE Arena Belfast at http://www.ssearenabelfast.com/belfast-boy-burnett-v haskins

Face value tickets for June 10 are also be available from http://www.stubhub.co.uk/matchroom-boxing-tickets/ . StubHub is the official ticket partner and marketplace of Matchroom Boxing and Anthony Joshua.