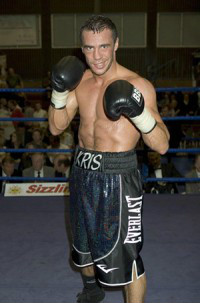 The 33-year-old super welterweight from Paisley last fought in December 2015 when he was stopped in the second round against then British and Commonwealth 154lbs champion Liam Williams.

Carslaw fought 28 times over an eight-year period and shared the ring with the likes of Matthew Hall, Brian Rose, Larry Ekundayo, Michel Soro and, in one of the biggest wins of his career, John Thain, when he outpointed his compatriot in a memorable bout back in 2014.

The former world amateur champion kickboxer and part-time model suffered a broken jaw against Hall, the second of his career, which put his dreams of becoming British champion in serious doubt.

Speaking to him in May 2012, Carslaw told me: “The jaw injury happened in the last 30 seconds of the fight. If the fight had went another round I couldn’t have continued.

“The first time I broke it, it was in Ireland and I fought on for the rest of the four-round fight. The bottom jawbone popped up through my teeth. [His manager] Tommy Gilmour said it was the worst boxing injury he’d seen, but when the adrenaline’s flowing you carry on.

“The pain was horrendous but when I got fixed up I watched the fight back. I did get beat but I took a lot of confidence from the fight.”

One month later Carslaw would go the 12-round distance with Brian Rose in his first British title challenge. Despite being cut in the second round Carslaw gave the champion a tough night at the office and left with his head held high despite the loss.

Carslaw retires with a (22-6, 5 KOs) record and we at British Boxers wish him and his family all the best for the future.