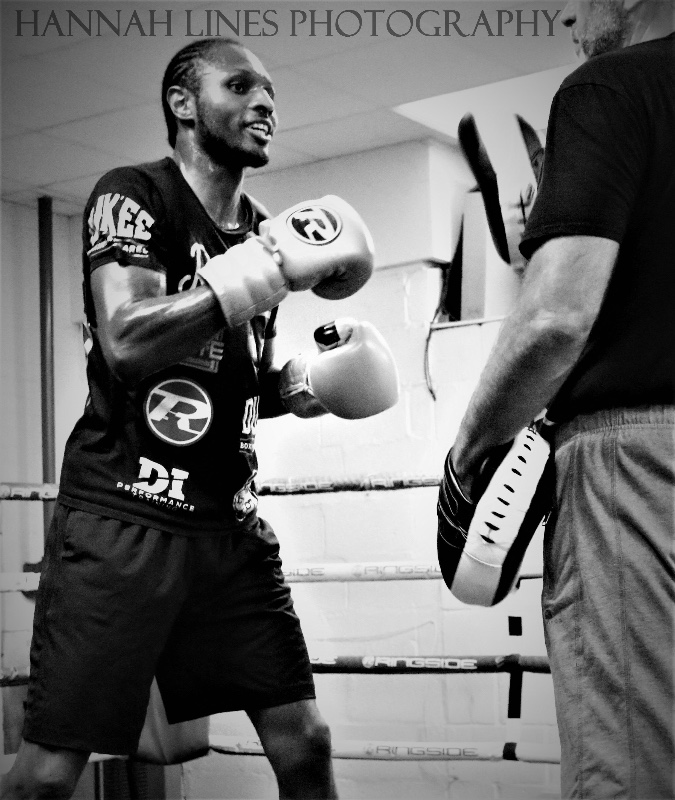 Tonight, Craig Richards (8-0,3KOs) enters the ring at the O2 Arena for his ninth professional bout. He is on the undercard of the Matchroom Boxing “Summertime Brawl” fight night, with Light Heavyweight British Champ Frank Buglioni (19-2-1,15KOs) headlining the event.

“Spider” Richards will meet Rui Manuel Pavanito (5-7-1,4KOs) for six three-minute rounds of a Super-Middleweight contest and Craig has been working hard for many weeks to ensure he goes home with a win. He was originally on the undercard of Dillian Whyte’s fight on June 3rd and so when the night was cancelled, “Spider” decided to continue in camp and work towards his next fight, meaning a long stint in the gym without rest for the fighter from Crystal Palace.

Pavanito was a relatively late decision as an opponent and so Spider’s team have had to prepare for all eventualities. Pavanito, from Portugal, has had varied outcomes in his thirteen professional fights and has lost his last three bouts. This will be his first fight in the UK and being on “Spider’s” turf sets a challenge in itself.

Craig’s last fight was on Matchroom Boxing’s “NXT GEN” fight night at York Hall, back in March. He came to challenge the then BBBofC Southern Area Super Middleweight title holder, Alan Higgins (12-1,6KOs). Higgins was defending the title for the first time, after having won it in December last year in his fight against Cello Renda (28-12-2,12KOs). Craig was victorious in his win against Higgins, with a points decision of 95-97 in his favour, making him the new British Southern Area Super Middleweight champ.

Craig’s trainer, Peter Sims, has had a long history in the world of Boxing, having first laced up himself at the age of eleven in the East End of London. He became a professional trainer 17 years ago, but moved to Spain and so didn’t take it up full time at that point. He and his brother Tony Sims appear to have always been close and Peter worked as a Cuts Man for his brother for many years. It was in 2010 that Peter decided to become a full time professional trainer and besides “Spider” Richards, he trains Lightweight Charlie Flynn (8-0-1,1KO); Welterweight Colin Lynes (39-11,12 KOs); Welterweight Mikey Sakyi (3-1,0 KOs) and Super Welterweight Bradley Saunders (13-1,10 KOs).

I asked Peter Sims how he came to work with Craig Richards:

PS – “I met “Spider” through O’hara Davies (15-0,12KOs), who sent Spider down to me when Spider was still amateur…I watched him in the ABAs and after that we decided to work together.”

“I believe that Craig Richards will take home the win tonight and I hope to see him develop to world level in the future.” Peter left us with one last note about his up and coming fighter:

“I truly believe that he could be a world class fighter on the big stage.”