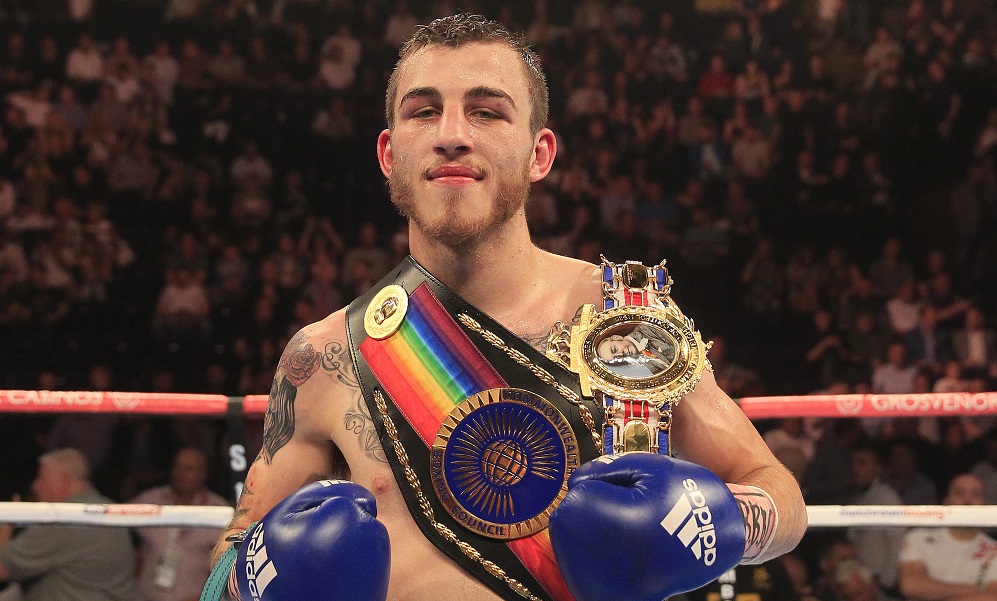 “It’s great to be back out in action for the first time in 2020 and this is set to be my big year when I really feel I’ll get my dream world title shot.”

Sam Eggington has been announced as one of the featured attractions on the undercard of the blockbuster clash between Shakan Pitters and Craig Richards for the British Light-Heavyweight Championship on Saturday 28th March at the Coventry Skydome.

Exclusively live on free-to-air Channel 5, the much adored Midlands fighter will be continuing in his pursuit of finally securing a dream world title shot.

Throughout a seven year career, that has seen him capture the British, Commonwealth, European and WBC International Silver Welterweight titles, Eggington has fought in a plethora of exhilarating contests and carved a reputation as one of British boxing’s most exciting fighters.

Epitomising his thrilling style, last year the 26-year-old won the IBF International Super-Welterweight title with a vicious second round win over Orlando Fiordigiglio in Florence.

Eggington commented: “It’s great to be back out in action for the first time in 2020 and this is set to be my big year when I really feel I’ll get my dream world title shot.

“I’m thrilled to fight on a high profile card live on free-to-air Channel 5 and it’s a return to Coventry where I have some great fans. This will be my first fight since November and I can’t wait to make a real statement of intent and force that world title opportunity this year.

“Julian Williams lost his IBF and WBA world titles with a shock loss to Jelson Rosario recently. If I got the phone call to fight him I’d take it hands down and win. I’ll fight any of the other world champions Jermell Charlo (WBC) or Patrick Teixeira (WBO), I don’t care who it is, I just want the opportunity.

“I’ve done everything asked of me, fought my mandatories, lost some of the mandatory fights when I could have vacated the title, I’ve fought everyone asked of me. It’s now about getting the big one and that’s what I’ll be going for this year.”

On the world stage, the 154-pound division has gone through a dramatic change following Julian Williams’ shock fifth round KO loss of his WBA and IBF World titles to underdog Jeison Rosario last month and Eggington is hungry to get his opportunity.

Eggington’s manager Jon Pegg added: “People don’t realise he’s 26 and he’s still improving. He started his professional career when he was just 19 and he’s crammed in 34 fights. He’s still developing and believe me the best is yet to come.

“Nobody thought he could win the British, Commonwealth and European titles and my phone was off the hook with people saying how great he looked against Fiordigiglio. He’s worked his way up the hard way in his career and now we will push on and get his World title shot and when the opportunity comes he’ll win it.”