Ted Cheeseman: Ready For A Shot At The British Title 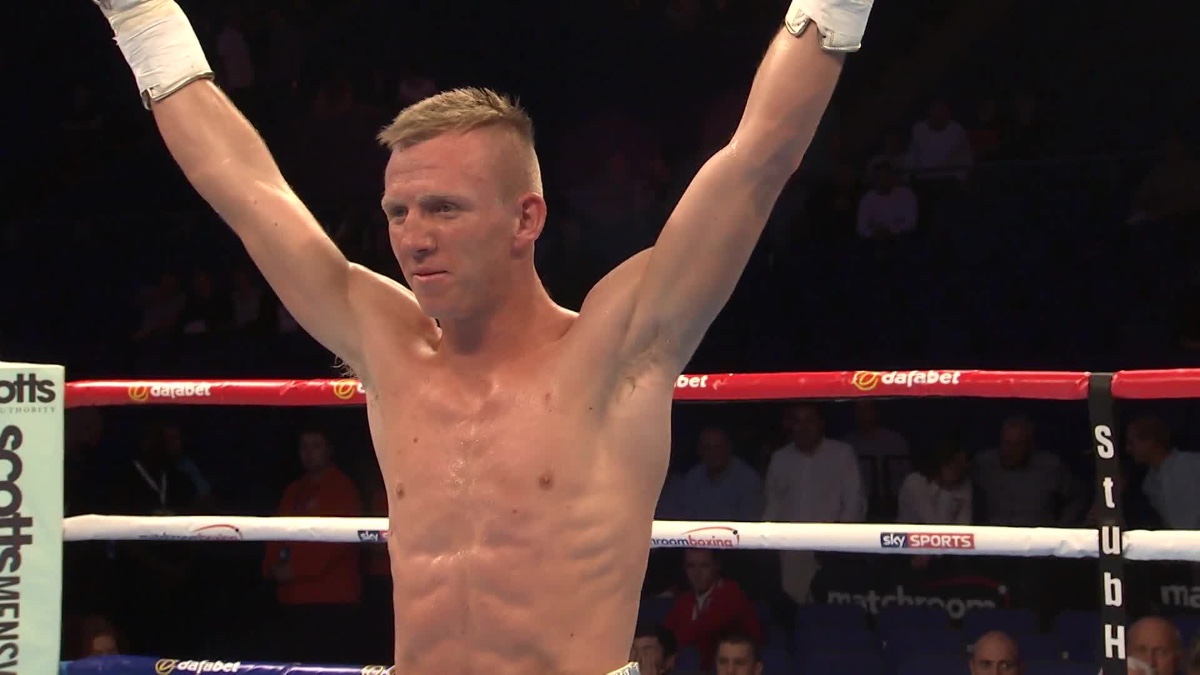 Last Saturday Ted Cheeseman (9-0-0) rose to the task of his toughest test to date and impressively dismantled Matthew Ryan (14-2-0) inside three rounds to claim the English Super-Welterweight title. Following the fight, Ted caught up with BritishBoxers to talk about the fight itself, and plans for the future.

‘It was a bit easier than I expected; I thought he’d put up a bit of a better fight, but I guess it shows how much I’ve improved and pushed on’ he said. The last time I spoke to Ted, he had just defeated Lloyd Ellett in his seventh fight and it was the beginning of the year – I asked of his plans for the remainder of 2017 and he admitted he’d like to win the English title; 6 months later and he has achieved the goal.

Although pleased with his achievements, ‘The Big Cheese’ is already looking ahead and setting new goals; ‘It’s good, I’m glad I’ve got it over and done with’ when asked how it felt to win his first professional title, before adding – ‘I’m a champion now and I can start pushing on for even bigger things’.

Cheeseman won the title live on Sky Sports as part of the ‘Summertime Brawl’ bill topped by Frank Buglioni’s defence of his British Light Heavyweight title. The Bermondsey man had been subjected to little TV time prior to this bout, with Matchroom now having a stacked stable, with several Olympic turnovers being considered to have perhaps ‘more glamorous’ names to promote than this young talent. This has worked to his advantage to an extent, and though it may have been previously frustrating, he is now reaping the rewards; with no intended knock to him or his talents, Conor Benn has been subjected to prime TV slots since his debut and so there is less room for error, and far more scope for criticism even during these early learning fights of a prospects career.

I posed the question to Ted as to whether he felt he had benefitted from the presence of less pressure and expectation early on, to now where he is more ready to impress; ‘Yeah, I feel like now I’ve had the experience from not being on TV and it was a bit disheartening before, but now my last two fights have been on TV and with the performance I put on Saturday, it’s given me the boost and everyone now knows how much I’ve come on, and hopefully knows that I’m gonna be a force in this division’. Cheeseman sounded overjoyed at the performance he had demonstrated in his previous fights, and hoped that he had earned a few more fans because of it – ‘I think I hadn’t yet been given my chance, and now I’ve been given it, the casual fan should love it. I was coming forward, I wasn’t worried about getting hit (even though I was slipping the shots) and I was just ready to get him out of there – I think that’s what the public love’.

When reflecting on the weekends’ victory, Ted paid credit to his previous bouts and how they had helped him prepare for the tests ahead – ‘I fought Danny Little, who was a good journeyman. I fought Chris Jenkinson, who’s a good journeyman and he comes to fight. I fought Lloyd Ellett in my 7th fight and that (Matthew Ryan) was only my 9th fight, so it shows how much I’m improving. It shows you don’t need to keep fighting these journeymen and you can fight some of these better guys to get the experience. Now I’m English Champ, I’m number 6 in the division and I’m getting there’.

Most notably, Cheeseman said he had gained the most from his fight with Jack Sellars, he explained ‘I think with that, the inexperience that I had, where I’d stopped everyone, it helped me to know after that, you can’t just walk in and take them all out. You’ve gotta take your time and break them down and so I did that in this fight’.
Next for ‘The Big Cheese’, the goal is simple – win the British title, but he knows he may have a bit of waiting to do first.

‘To be honest, I feel now that I’m ready and I don’t need any more learning fights, but it’s whatever Tony or Eddie want for me. My next date should be September 2nd, so I’m not sure it’ll be sorted by then (Liam Williams vacating the British belt)’. If not, he has a backup plan in reserve – ‘if not then it would be nice to fight for like the WBC international or something like that, then hopefully the rest could be sorted and I can then fight for the British title. Liam Williams has the commonwealth title as well, so it’s likely that if he vacates the British, then he’ll vacate that too’.

On Saturday night, Kevin Mitchell was a notable face in the corner, as he transitions from life as a fighter; As far as Cheeseman is concerned, he’s a more than welcome addition to the setup – ‘Kevin is very enthusiastic and he likes to give us as much help as he can, he’s new to this side, but he’s not new to the big fight occasions, so it’s good to have him there to give you the advice. Even if you don’t need it, he’s helping you as he’s used to the occasion’ he explained.

It remains to be seen what will happen with the fate of the British title, but until then it’s a case of sitting back and enjoying the journey, as Ted Cheeseman looks to be an exciting talent to watch.