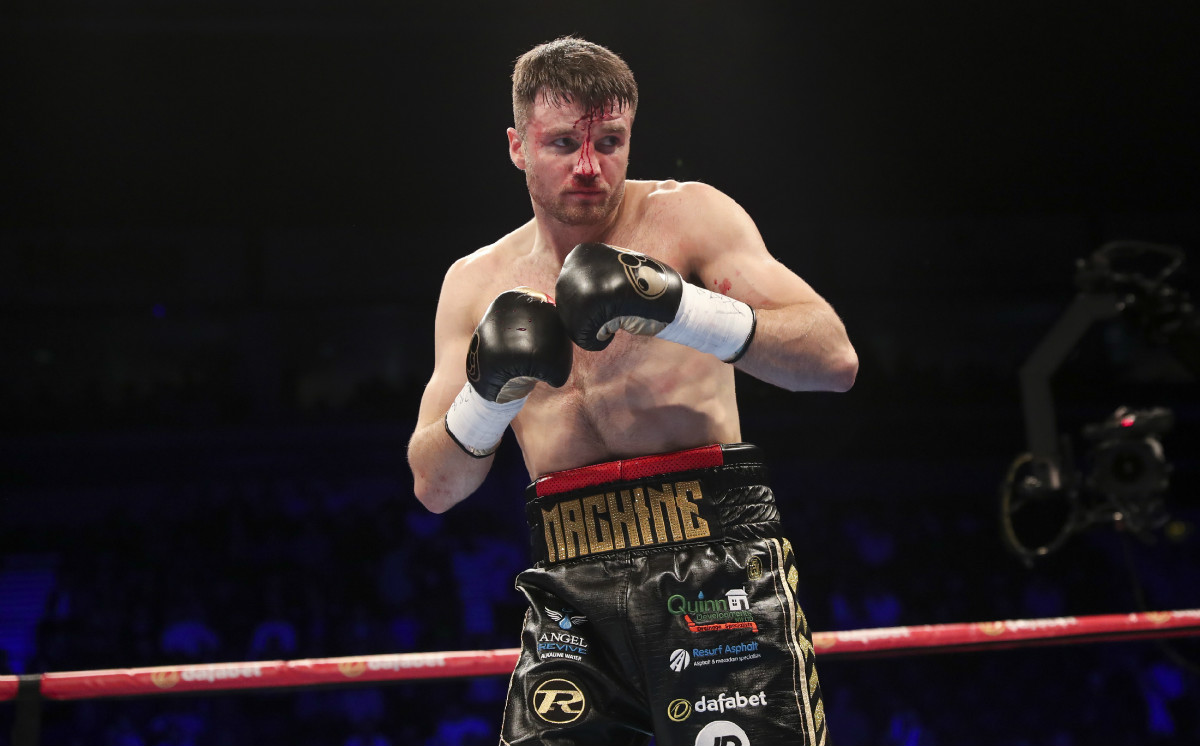 Fowler, 28, last fought in August up at middleweight against Brian Rose, who he outpointed to claim the vacant WBO Inter-Continental title and he is currently seeking a rematch with new British super-welterweight champion Scott Fitzgerald, who he lost to on points earlier this year and he is intent on putting the record straight.

Fowler was at ringside at the Utilita Arena in Newcastle last weekend to witness bitter rival Fitzgerald defeat reigning British champion Ted Cheeseman to take his belt, abiet in controversial circumstances, as far as Cheeseman was concerned. He afterwards suggested, he had been robbed of victory and his titles by the judges scoring. It was a close call, but to be fair many spectators and experts were split on the result at the end.

Fowler has been chasing the rematch with Fitzgerald from the moment he stepped out of the ring after their last monumental scrap in Liverpool. The rematch may not be in Liverpool and could end up in Fitzgerald’s home town of Preston. But more than likely it will be held at the Manchester Arena early next year on a massive bill that’s in the plans.

“I don’t care where the rematch is, I’m only 11 fights in to my career and I had to be patient and follow my coach’s tactics against a very experienced quality fighter who has boxed at world level. Believe me, I’m only going to get better and I can’t wait to fight Scott again and put that wrong right.” said Fowler after his win over Rose.

Before Fowler can look ahead he must first get past what could be a tricky assignment in Harry Scarff, who is coming off a very good win and performance. Last month he bagged the English crown with a points victory over Bolton’s Jack Flatley. It was a good win for Scarf who has now been awarded this juicy fight on the back of it against ‘The Machine’ Live on Sky Sports. It is a great opportunity for him to really make a name for himself on the big stage and he will look to take it no doubt to shock the home fans, Fowler will need to be switched on for this one.

It’s a potentially very good fight in prospect on the back of a great main event Smith vs Ryder and it is too, shaping up to be a tasty card in Liverpool, other fights on the undercard include: