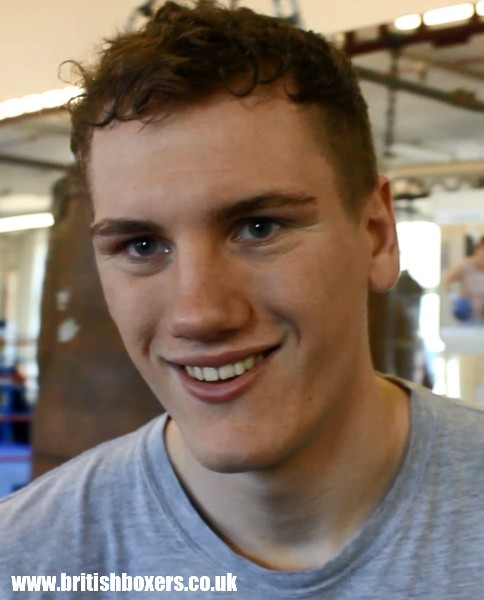 Set in the heart of the picturesque Peak District, beautiful Buxton seems like a calm and idyllic place to live. The only angst created by tourists making town centre parking difficult or a discarded Monster Munch packet littering the Pavilion Gardens. But recently, rather than benefitting from the spa town’s famous rejuvenating powers and leaving feeling refreshed, an increasing number of visitors have been departing Buxton in a far worse condition than they arrived in.

‘One Smack’ Jack Massey (12-0, 6KO’s) has quickly established himself as one of the north’s bigger ticket sellers and, with the lack of a traditional boxing venue in the picturesque town, the unbeaten cruiserweight – who hails from nearby Chapel-en-le-Frith – has accomplished it by turning the ornate old Devonshire Dome, which sits in the town centre, into a fortress.

Staging a Massey fight at the Grade 2 listed building is the living epitome of letting a bull loose in a china shop. The elaborate old dome – which is bigger than St Paul’s Cathedral in London – transforms itself into a bear pit and some well heeled locals become rabid fight fans. Massey’s last four fights have taken place under the elaborate ceiling and he has recorded three impressive knockouts.

“It’s great under the dome,” Massey told British Boxers. “Even people who have been around boxing for a long time enjoy it. The first time my trainer, Bobby Rimmer, walked through the doors and saw it he said; ‘wow’. There’s absolutely nothing like it.

“Going to the dome was my idea. My manager, Steve Wood, said that he might be able to get a local show on for me and asked if I knew of any venues. I mentioned the Devonshire Dome straight away. They already had little amateur shows on there. I think it holds around a thousand.

“I was pretty sure I’d sell the tickets because I’d had a lot of interest and I’d sold quite a lot of tickets for the fights I’d had on some big Manchester shows. There’s not much like that going on in or around Buxton to be honest. I don’t even think there’s been professional boxing in Buxton before so it was a bit of a gamble but it’s paid off.

“A lot of people know about me from my amateur days and I think it’s probably grown because it’s such a small community and everybody knows each other, even in the surrounding areas like Chapel-en-le-Frith. It’s great for selling tickets. There really isn’t all that much going on around there so it’s good to be able to put something like that on and give everybody a good night out.”

The interest that Massey has managed to generate is especially impressive considering the fact that his particular corner of the world isn’t exactly a hotbed of boxing. Massey’s first punches were thrown in a rink rather than a ring and he has had to travel the north west in to expand his arsenal.

“There aren’t many boxers around here. There’s only me and one other guy [Irvin Magno, a 3-2-1 improving light welterweight] who are professionals. I’ve always been into my sport and my dad and his dad used to box when they were younger but I started off playing ice hockey over in Sheffield. Me and my brother played and we’d sometimes get into fights the ice.

“My dad had two jobs at the time and he struggled to take us there every week. We got told that we needed some extra fitness work to play and thought that going to a boxing gym would be the best for ice hockey. From there, I jacked the hockey in and continued with the boxing.

“My first gym was in an old cellar in Buxton. It’s still there now, that place. It’s been going for years. Then I moved to Northside in Manchester and turned professional at Betta Bodies in Denton with Bobby.

“My trainer in Buxton told me it was time to move on and get my name out there. I went to Northside which was renowned as one of the top amateur gyms in the North West. After winning the ABA’s I wanted to turn pro and on our way to Northside, we used to drive past Betta Bodies. My dad used to tell me that that was where Ricky Hatton used to train.

“We decided to try a few gyms out and the first one was Betta Bodies. We walked in and Bobby was there. He didn’t know I was coming. We hit it off right away and just stayed there.”

Rimmer likes his fighters to have a solid base, a tight guard and the basics of a good jab and straight right hand mastered. Massey starts his attacks from those foundations but has the ability to cut loose quickly.

“I think that’s just naturally in me. I had a few knockouts in the amateurs too. In the last fight [a first round stoppage of Russell Henshaw in March] I just saw it in his eyes. I hit him with another shot and saw him go. It was a natural instinct to jump on him.”

Massey has a captive audience in Buxton and persuading that army to travel will be the real test of his drawing power. Massey made a couple of early career appearances at the Manchester Arena but will be returning to the wider stage with a higher profile that seems certain to grow further.

A recent deal with BoxNation means that Massey will soon be performing in front of larger audiences and his aggressive style is sure to swell his ranks of supporters. The British cruiserweight scene is also on the verge of exploding. With Lawrence Okolie, Jordan Thompson, Isaac Chamberlain, and Sam Hyde all young, talented, and piecing together unbeaten runs, a whole host of attractive potential match ups are virtually making themselves.

“Everything is moving forward now. It’s looking good,” he said.

“Since agreeing the whole BoxNation deal and winning my last fight, it feels like it’s all clicked into place. The ball is rolling now. It feels like everything is moving. I’ve not had an away fight for a while but hopefully I can take at least half of my fanbase there.

“The cruiserweight division has picked up a lot and there’s some competition there at the moment. They’re all decent lads. I met Sam in the amateurs but I don’t think Jordan boxed as an amateur. Lawrence Okolie is another good talent coming from the GB set up but there are also lads ahead of me who I’m probably looking towards first. The cruiserweight are looking good.”