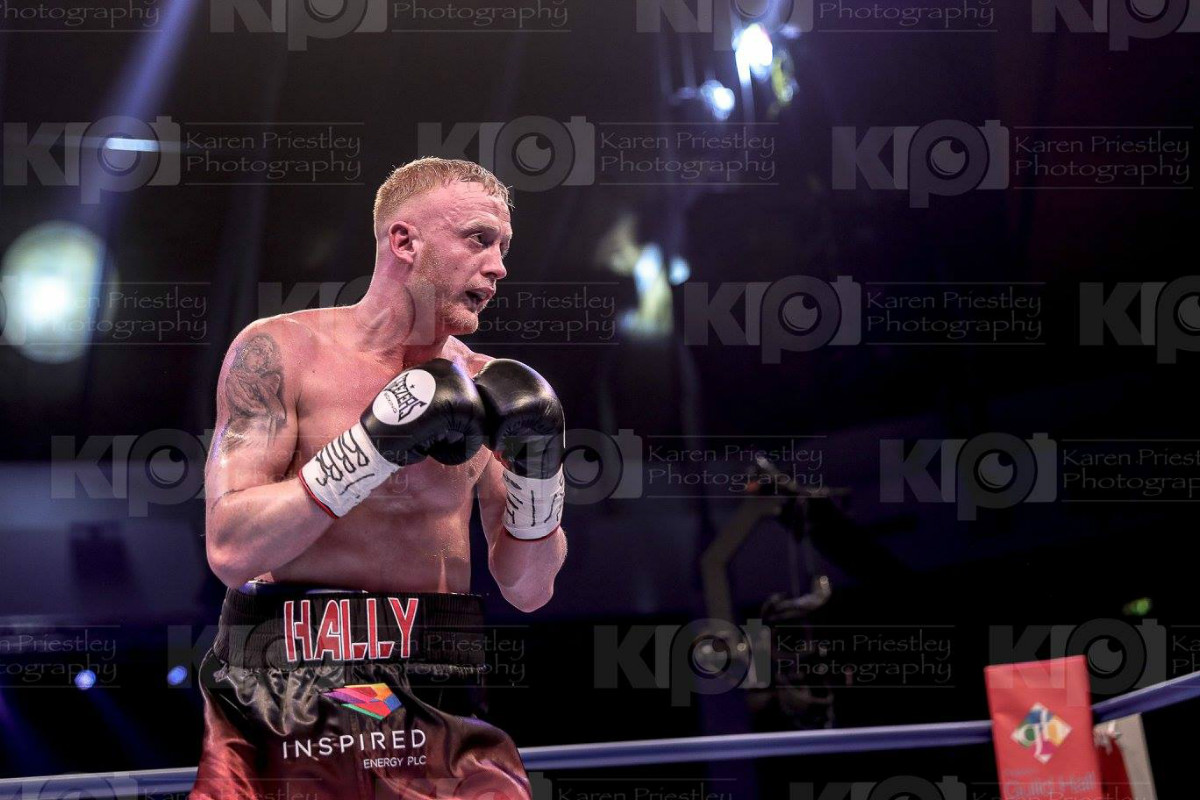 MICK HALL - PIC BY KAREN PRIESTLEY
Mick Hall has surprised even himself by managing to get into title contention despite an unsettled and unfocused start in the sport. Now, with a new management deal in place and a settled training team supporting him, the Preston based middleweight is excited to find out just what he is capable of.
“This is the first time in my career that I’ve had a good team around me. Everywhere else I’ve trained I just haven’t felt like I’ve had the right people around me,” 31 year old Hall (14-2, 2 KO’s) said. “Boxing is a hard game and without the right people behind you you’re pretty screwed. I was in that position for my first twelve or 13 fights.
“I didn’t really take the sport seriously to be honest. I always trained hard but there was no structure to that training. What I was thinking was right, now I know it is. I’ve just signed a new three year deal with Neil Marsh and I’m training with Alan Levene, I’ve got a strength and conditioning coach and a top physio. I go to Liverpool University for sports science testing. It’s all made a massive difference. I get free use of the amateur gym I trained out of for training my private clients and I’ve got a life coach too. Somebody to keep my head right.”
Until recently, Hall’s mindset has been one of the major factors preventing him from fulfilling his potential. Hall always enjoyed his downtime between fights but had also begun to worry about just where he stood in the sport.
“I almost gave up boxing because I didn’t feel like I was getting anywhere. After Prizefighter [where Hall lost a highly contentious decision to Jack Arnfield in 2015] I fought Dan Blackwell and struggled. It was like I couldn’t be bothered. I was worried that I was back on small shows for the rest of my career.
“I don’t know how I did it. I’d be out drinking right up to my fights. I was totally unprofessional. I’d go out and just think everything would turn out alright. I was out and about on the streets getting upto allsorts. I fought a lad called Ali Shah in his hometown and thought I’d go there and beat him. I got into the third or fourth round and it hit me. I was in trouble. I won but I knew there and then I couldn’t carry on like I had.
“For the first time I feel like I’m not on my own anymore.”
Hall announced himself to British boxing fans with a brave but ultimately unsuccessful challenge for old rival Jack Arnfield’s WBA International middleweight title back in January, his refusal to take a backward step despite suffering a shocking haematoma leaving an indelible impression on those who tuned in to the action on ITV. The latest test of Hall’s new found dedication and professionalism comes on September 1st when he takes on the capable but unpredictable Central Area champion Darryl Sharp over six rounds at Blackpool’s Hilton hotel but he is desperate to get back into the title mix and has set his sights on the British title, currently held by Birmingham’s Tommy Langford.
“When I fought Jack Anfield I had a broken rib. it took all of my movement away. I couldn’t do what I did when I fought him in Prizefighter the first time. Going from four rounds to twelve was a massive jump and I had to just stand in front of him but it was big money for me. I’d have fought him with a broken leg if I’d had to.
“The swelling on my head disappeared the day after. It was an elbow that caused that. Gennady Golovkin couldn’t do that, let alone Jack Arnfield. It burst a blood vessel but it looked a lot worse than it was.
“I don’t know how good I can be. Neil and my team see something in me and know how good I can be. The more I fight the more conditioned and confident I’m becoming. I always bring an exciting fights but if I have to box, I will do.
“I’ve gotta be right on my game but I know exactly what I’m gonna do with him. I’m quite a clever boxer when I want to be.
“I’m fighting Sharp on September 1st and back in June I won a final eliminator for the English title so I’m just waiting for a date [Hall stopped Matthew Mallin in three rounds]. I thrive on fighting the best. I raise my game. I fought the best right through my amateur career. I would see people i fought in the amateurs like Liam Smith, Hosea Burton and Sam Sheedy doing well and wonder why I couldn’t be up there too. Now I have the team to do it.
“I want the Lonsdale belt and I want to keep it and that’s exactly what I’m going to. I wan’t that belt for my kids and for everybody who has believed in me. I always knew I was good enough but now – especially with the team I have around me – I know that I can do it.”

Mick Hall v Darryl Sharp takes place at the Blackpool Hilton on Friday September 1st. R.P Davies’ clash with George Rhodes is also on the bill. Tickets priced at £65 and £80 are available from the fighters on the bill. Contact Mick Hall on 07375747458.