Out With The Old – Boxing is Changing 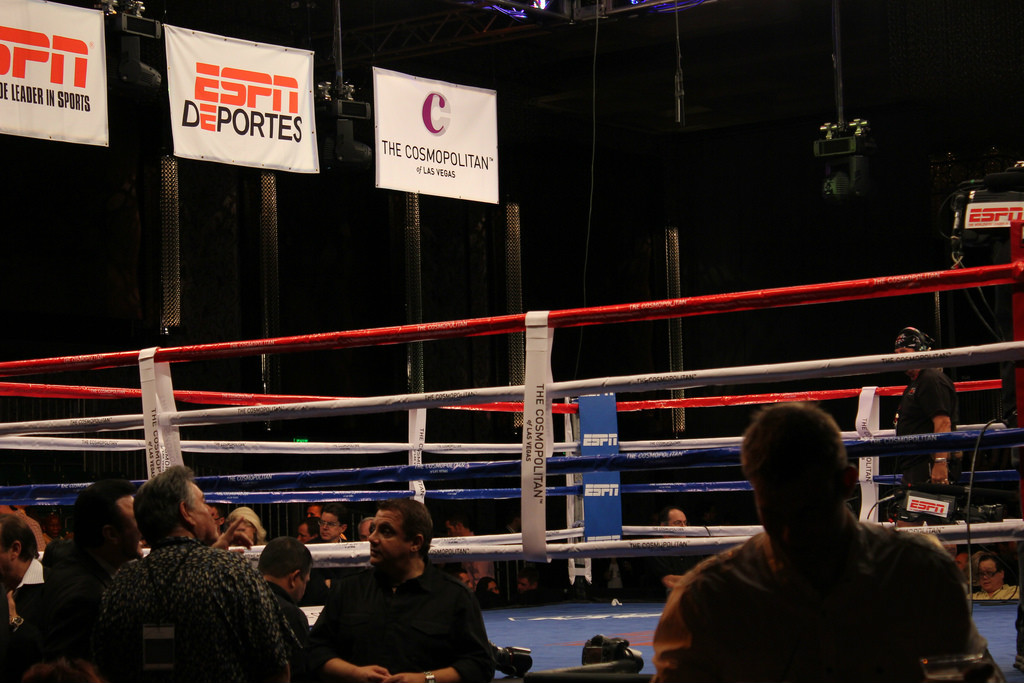 It is hard to deny that Britain is now one of boxing’s genuine superpowers. And it is not alone; members of twenty different nations now claim a recognised world title, and fascinating amateur scenes are starting to develop in places not traditionally associated with the sport – France, for example, took six medals at the Rio Olympics, the same number of medals they have taken in the past four Olympic Games combined.

Once so closely associated with the bright lights of Las Vegas and the history of Madison Square Garden, boxing is changing in America, and I want to take a look at how the USA is playing a different role in the sport it is so accustomed to dominating. In some ways, it still runs the gamut. But in others, it has conceded territory to places who frankly have waited long enough for their share of the limelight. I examine some of them below.

To put it mildly, the amateur scene in the USA has somewhat stalled. It once produced a wealth of talent and claimed the lion’s share of the Olympic medals, yet in 2012, Team USA failed to win a single medal apart from Clarissa Shields’ gold, making it the worst ever Olympics for the US men’s amateur team. In Beijing in 2008 they took one (Deontay Wilder’s bronze) and in 2016 in Rio they managed three, with Shakur Stevenson taking a silver, Nico Hernandez claiming a bronze, and Clarissa Shields retaining the gold medal she won in London.

However, the Cubans, the Ukrainians, the Chinese, the Irish, the Kazakhs, the British and the Russians have either matched or exceeded the American medal haul in each of the last three Olympic Games, while others like Italy and Uzbekistan have enjoyed regular degrees of success over the US teams. The National Golden Gloves is still held in high regard, but this will do little to stem the tide of concern surrounding the American unpaid ranks, some of which is detailed in “Counterpunch”, a documentary about the recent fall of the US amateur code and how it intends to make a comeback.

World Titles (including “The Ring” and WBA “regular” belts)

America probably dominates this, but not by much. Until very recently, Britain possessed the greatest number of world titles with 13 belts. As things currently stand we possess 11, the most recent of which is George Groves’ WBA Super-middleweight strap, but America stands at the top of the pile with an impressive 21 belts in total. Still, it is worth noting that many of those are unified, with Andre Ward, Terence Crawford and Keith Thurman holding multiple titles. When it comes to world champions, the USA has 13 of them, Britain has 10. Next is Japan (also with 10), then Mexico (7), followed byThailand and the Philippines (with 3) and a host of countries with 2.

How good or bad that is depends on your point of view; in a boxing world that is increasingly embracing fighters from all corners of the globe, the belts have come under extended competition, and the fact that America still possesses the majority of them is a statement to be taken seriously. Conversely, scale and sheer infrastructure should dictate that they have still managed to underachieve in this regard (which could be closely linked to the underwhelming state of their amateurs).

Unquestionably still governed, controlled and dictated by the United States. Although the world belts have shown a slow migration away from America, many of the fighters who hold them still go to defend them on American soil. The MGM Grand, Madison Square Garden, the T-Mobile Arena, the Boardwalk Hall, the Inglewood Forum, The Mandalay Bay and the Barclays Centre in Brooklyn are just a handful of the places that host regular title fights; August and September alone each include 5 world title cards in the US, many of which include more than one world title fight across various weights and, happily, across both male and female codes.

Many of the world’s best have expressed a desire to fight at these famous venues. Carl Froch dreamt of staging his final fight in Las Vegas, while Carl Frampton recently realised that dream by beating, and then losing to, Leo Santa Cruz. Anthony Joshua, having conquered Wembley several times, is set to make his stateside debut in his defence against Kubrat Pulev (following Wladimir Klitschko’s retirement), and a host of other names will follow him there. Although other places (such as Wembley Stadium and the 02 Arena in London, the M.E.N in Manchester, the ESPRIT Arena in Dusseldorf and the 02 Arena and Imtech Arena in Hamburg) feature greatly on the boxing map, America is still the first destination for any and all boxers looking to make a name for themselves.

Quality of Promotion and Events

Split down the middle. As mentioned above, for the sheer number of fights, America rules supreme. Boxing cards with at least a domestic title on the line are being staged across the country every weekend nearly without fail. But the huge shows are happening elsewhere. Anthony Joshua, Carl Froch, Ricky Hatton and Wladimir Klitschko have ensured that Europe, with plenty of football stadiums to choose from, can provide the platform for giant events that are sold out within minutes. Promoters like Matchroom, Frank Warren and the Sauerland brothers have the money, the contacts and the fighters on their rosters to deliver boxing shows truly deserving of Box Office scale, and they do so for a fraction of the price that is charged in America (the average US Pay-Per-View is around $65 (just under £50) while the average British Box Office is closer to £18).

Post-World War records for attendances to these European shows have been broken several times in recent years as a result, with atmospheres that are generally accepted as being the best in the world. Fighters might be fighting in America to tick something off the bucket list, but for occasions and memories that really last, there are precious few places that offer such experiences like a packed Imtech Arena or Wembley Stadium.