George Groves vs Jamie Cox: How do the two match up? 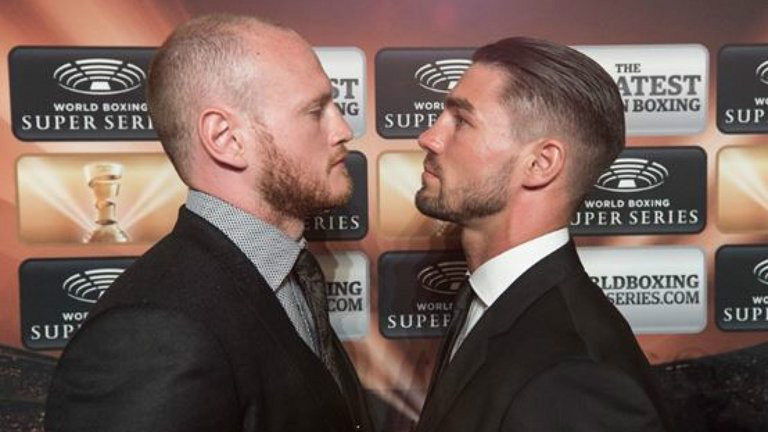 On 14 October, at Wembley Arena, the number one seed of the super middleweight World Boxing Super Series, George Groves, will be taking on fellow Englishman Jamie Cox in the quarter-finals. The bout isn’t just to secure passage to the semi-finals either; Groves will be putting his long-awaited WBA Super World super middleweight title on the line as well.

So, how do the two match up, and which Englishman will progress to the next round of the coveted tournament?

At 29-years-old and 26-3-0, ‘Saint George’ Groves has very recently hit the peak of his career so far, defeating Fedor Chudinov by technical knockout in May 2017 to win his first ever world title. Over his career, Groves had failed to win a world title on three different occasions – twice to Carl Froch and via split decision to Badou Jack.

Groves was hit and miss for quite some time, never really being able to shrug off the back-to-back losses to arch rival Froch – who defeated him convincingly and emphatically in Manchester and London – but he’s made a grand comeback. Groves seems more assured now, more level-headed, and a better boxer in the ring.

As the only title holder in the super middleweight World Boxing Super Series, Groves comes in as the number one seed and favoured to defeat Jamie Cox at 1/5, but is second-favourite to win the tournament at 9/4 in the boxing odds. Given his pedigree and resurgence in the ring, there’s no wonder why he’s so highly rated, and if he can make it to the final, he has a chance to meet and upset the favourite, Callum Smith.

Cox looking for the upset

Now 30 years old but sitting on a perfect 23-0-0 record, Jamie Cox has been quietly building up his boxing record and stepping up his career bit by bit over the last decade. He only had one fight between September 2011 and February 2015, leaving and returning to the sport at different weights and also incurring some legal issues. Now with Matchroom Sport, Cox looks to take his career to new heights, starting with George Groves.

It would be fair to say that this fight with Groves will be the toughest of Cox’s career. He’s won non-world titles at super middleweight and super welterweight, but never against any big name opponents. Nevertheless, Cox says he’s glad that Groves picked him: “I’m glad George picked me, I was prepared for anyone, but I was hoping for a UK fight so I can’t wait.”

Who will progress to the semi-finals?

George Groves, fighting orthodox, will look to utilise his sharp jab, scrap up close, and move his upper body to full effect to avoid the incoming punches. The London native likes to throw a high volume of punches to wear down his opponent until he breaks their defence.

Jamie Cox, fighting southpaw, often opts to load in his heavy hands, but that’s not to say that he’s slow. He works the body-head combination sets very well, with his power eased through by his surprisingly fast hands.

Even though Groves comes in as the heavy favourite, the fight looks to be closer than the odds would suggest. Cox’s southpaw style could cause Groves problems, as could his new found knockout power at super middleweight. However, Groves’ level-headedness and ring craft should see him come away with the win.