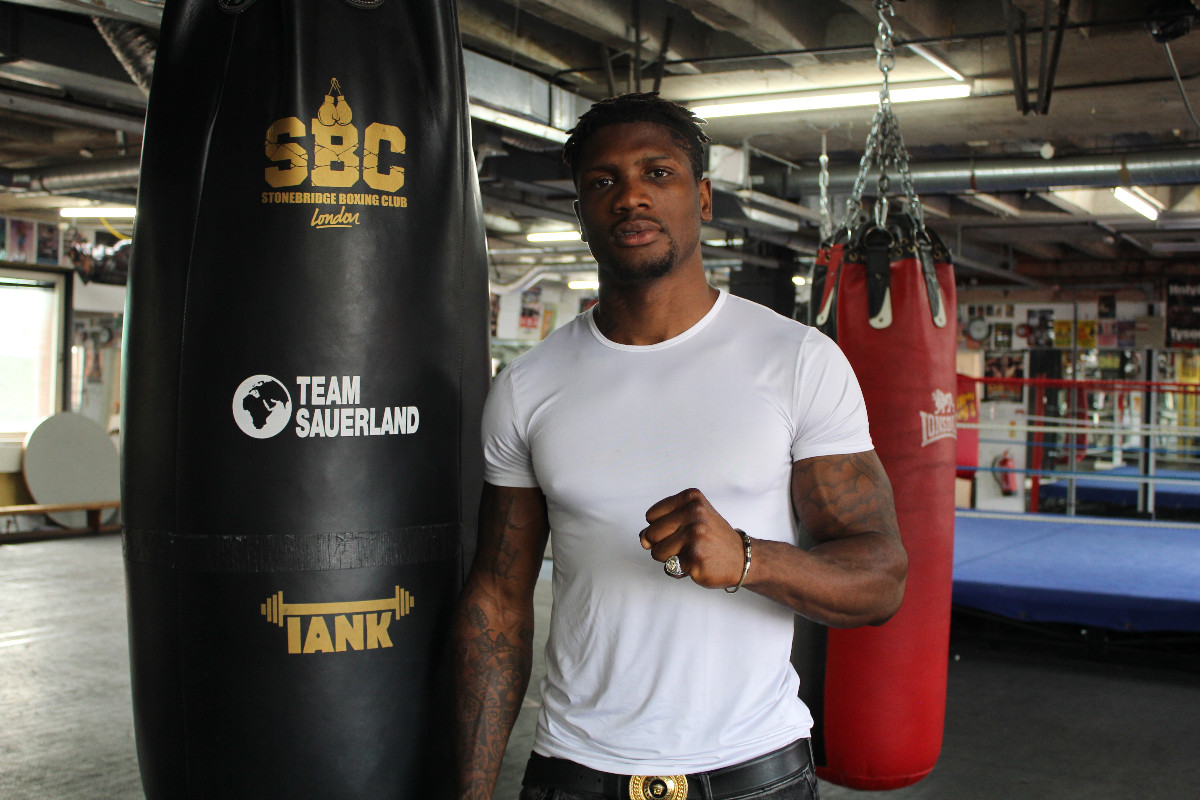 Team Sauerland are pleased to announce the signing of British cruiserweight prospect Mikael Lawal on a long-term promotional contract.

Based in Shepherds Bush and fighting out of Stonebridge Boxing Club, Lawall has claimed back-to-back first-round stoppages since joining the paid ranks in on April 22, 2017, and now signed with Team Sauerland, the 22 year-old has already set his sights on World domination.

“I’m really happy that Team Sauerland have given me this opportunity,’’ said Lawal. ‘’Words can’t really describe it. Coming from where I come from, people don’t usually get these kinds of opportunities so I’m going to grab it with both hands and make them proud. I want to repay them with a lot of success in the ring. I know I’m still young and I have a long way to go, but my plan is to dominate the cruiserweight division. I want to win all the titles!”

Describing his fighting style, Lawal says: “I can box, I can fight and I’m definitely not boring to watch! I know I’ve got a big punch, but I’m not just looking for knockouts. I’m always looking to get the rounds in and get more experience, but if the knockouts come, they come!”

Lawal is one of the success stories coming out of Stonebridge Boxing Club, which having been struggling for funding and close to closure in 2009, has since gone from strength to strength thanks to the financial support from Team Sauerland.

“We’ve had a relationship with Team Sauerland since 2009,” explains Stonebridge Boxing Club Director, Aamir Ali. “Nisse Sauerland came to us after seeing a story in the newspaper about the gym closing down, and has supported us ever since. They’ve kept us going, they’ve kept us alive and they’ve been a big part of Stonebridge Boxing Club, and one of the products of this is Mikael.”

Promoter Nisse Sauerland has expressed his delight at signing Lawal, and says he believes the young fighter can develop into a future World Champion.

“I’m very happy to welcome Mikael to the team,” said Sauerland. “I’ve been keeping an eye on his progress over the past few years and I think we’ve found a very special talent. He has the power and ability to go a long way in this sport, and even more importantly the dedication and will to win. We plan to keep Mikael busy and get him as much experience as possible. He is still young and needs to develop, but with our support, I believe he can become a future World Champion.”