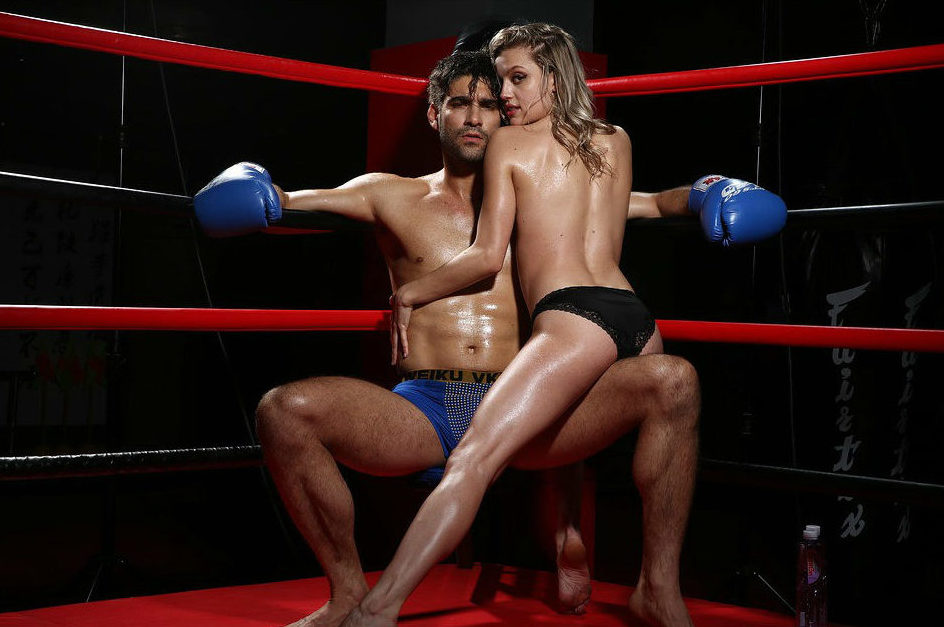 Is there any other sport like it? Do Formula One fans jump down each other’s throats when someone claims one driver is better than another? Do Darts fans claim you’re casual when you celebrate a 9 darter like it’s the birth of your first child? What is so different about boxing?

The rise of social media discussions has coincided with the rise of the kindest, but most frustrating, annoying & deflating insult out there! “you’re a casual!”, suddenly you have the urge to state how many years you’ve been a boxing fan, how many small venue events you’ve been to and how many undercards you’ve sat through – all to justify to a faceless twitter icon that you are, in fact, not a “casual” follower of boxing. This has also coincided, in the UK at least, with the rise of Eddie Hearn’s (Matchroom) relationship with Sky. With a similar experience on offering to the PDC Darts, Matchroom and Sky put on a wonderful event with lights, fireworks and music to lift the atmosphere. An event that has relit the burnt out flames of old boxing fans and brought new fans to the sport. They’ve certainly come a long way from their Prizefighter competition a few years back. However, on the back of this, there’s the boxing “old guard”. The guys who claim to re-watch every fight straight after the main event with the sound off so they can score the rounds fairly. And these guys are furious! “There’s more to boxing then Matchroom and Sky!” they shout with capital letters whilst eating pizza at home (probably). Which there is, of course there is. So, rather than labelling them a casual, inform them of this.

(I must add…. This isn’t an article where I’ll go into my own opinion of Sky’s bias commentary and overall favouritism to Hearn’s fighters. Nor will I rant about their overhype of the biggest con in boxing history: Mayweather v McGregor. I’ll save all that for when the Warren v Hearn competition really heats up – This is about the overall attitude of boxing fans, whether they be new, old or just interested in the big events).

I mean, It’s ok to have a few beers, watch AJ beat Wladimir and jump around the living room singing Seven Nation Army. It doesn’t make you any less of a boxing fan. If you didn’t get some excitement from that fight / event, than boxing isn’t for you. However, if on the back of that fight, you start to claim AJ is the greatest Heavyweight Britain has ever produced and Eddie Hearn is the only promoter in the UK who can bring a boxer to the top! Then you should, rightly, be asked to back up these opinions. Then an open forum can commence and people can put their own opinions back to you. But… If the only response you get to your view point is “you’re just a casual”, what are we going to learn? In an ideal world, a suitable reply would be “If you think that, you really should have a look at this”. Share links, articles and YouTube clips. Give back a little more than a BoxRec rating and an insult.

Recently on Twitter, I posed the following Statement and Question: “There’s no smoke without fire. Boxers choosing Warren over Hearn, Boxers pulling out of blue ribbon AJ card. Trouble at Matchroom Boxing?” A fair question I felt after the fiasco with the Cardiff PPV event and one I’m sure my 78 (at time of writing) followers went wild for ;-). Then after quite an heated exchange with someone, I accused of having a Matchroom bedspread, on Twitter. I received this response: you sir are a wanker (he used emoji’s to symbolise this which was, actually, quite funny) making stories out of sweet fack all! A casual fan running a boxing fan site *laughing cry face x4*”. Usually I don’t bother replying once someone chucks the “Casual” card at me, and on this occasion, I essentially said: “Is that all you’re left with? Go back to watching clips of Eddie on YouTube”. Now, the annoying thing about this whole exchange is I felt myself turning into the ‘old guard’ fan. I felt the urge to have to justify to this guy that I am a boxing fan, I don’t consider myself a casual, I accept there are many many people with far superior boxing knowledge than me (not this guy) and that with him, being so far up Eddie Hearn’s arse, he was in fact the casual. The truth of the matter is neither of us are casual fans, we are both into the sport, have our favourite boxers, but, most importantly of all, we just happen to have different opinions. Perhaps it’s the nature of the sport that we follow that make us so protective of our own views, perhaps it’s the blood, spit and bruises that we see our hero’s go through that make us feel the need to start name calling as soon as we’re at a disagreement?!

I don’t know why it is, but I know it needs to change. Speaking in regards of the UK Boxing scene, Hearn is at the top of the tree, personally I feel all is not well at camp Matchroom, but have little evidence to back this up. Warren has his own channel, BoxNation, and agreed a deal with BT. On the back of this BT funding, he has signed deals with Frampton, Degale & Selby. ITV Sport/Box Office have joined the equation, working with Eubank Jr but also with Sauderland and their exciting World Series. This should, if Hearn and Warren can work together on occasion, be brilliant for, not just British, but World Boxing. However, will that be the case. Or are we going to, similar to Formula One where people are fans of the car rather than the driver, have fans of the Promoters rather than the boxer? I hope not. In terms of the heart and grit needed to become a contender, boxing is like no other sport. Let’s not let the promoters take the credit earnt by these sportsman.

So next time you’re in a disagreement regarding boxing, lets show the fighters the respect they deserve and try a little harder to back-up your opinion. The sport is actually riding on a nice crest of a wave at the moment, so let’s enjoy the watching Anthony Joshua reach the pinnacle of World Sport, lets enjoy the rise of Daniel Dubois, lets enjoy the reinvention of Frampton, lets enjoy Canelo v GGG 2, let’s do a little more research on boxers history than a quick glance at BoxRec, Let’s see if Tony Yoki can be a real threat in the professional ranks, let’s see Grant Dennis win the English Middleweight Title on 1 December, let’s give Carlos Takam a bit more credit for being in a position to challenge for a World Title, let’s hope more boxers take on challenges rather than focussing on protecting their O and let’s be better than resorting to name calling when someone disagrees with your opinion. After all, it’s the so called casuals who are bringing the money to the sport.