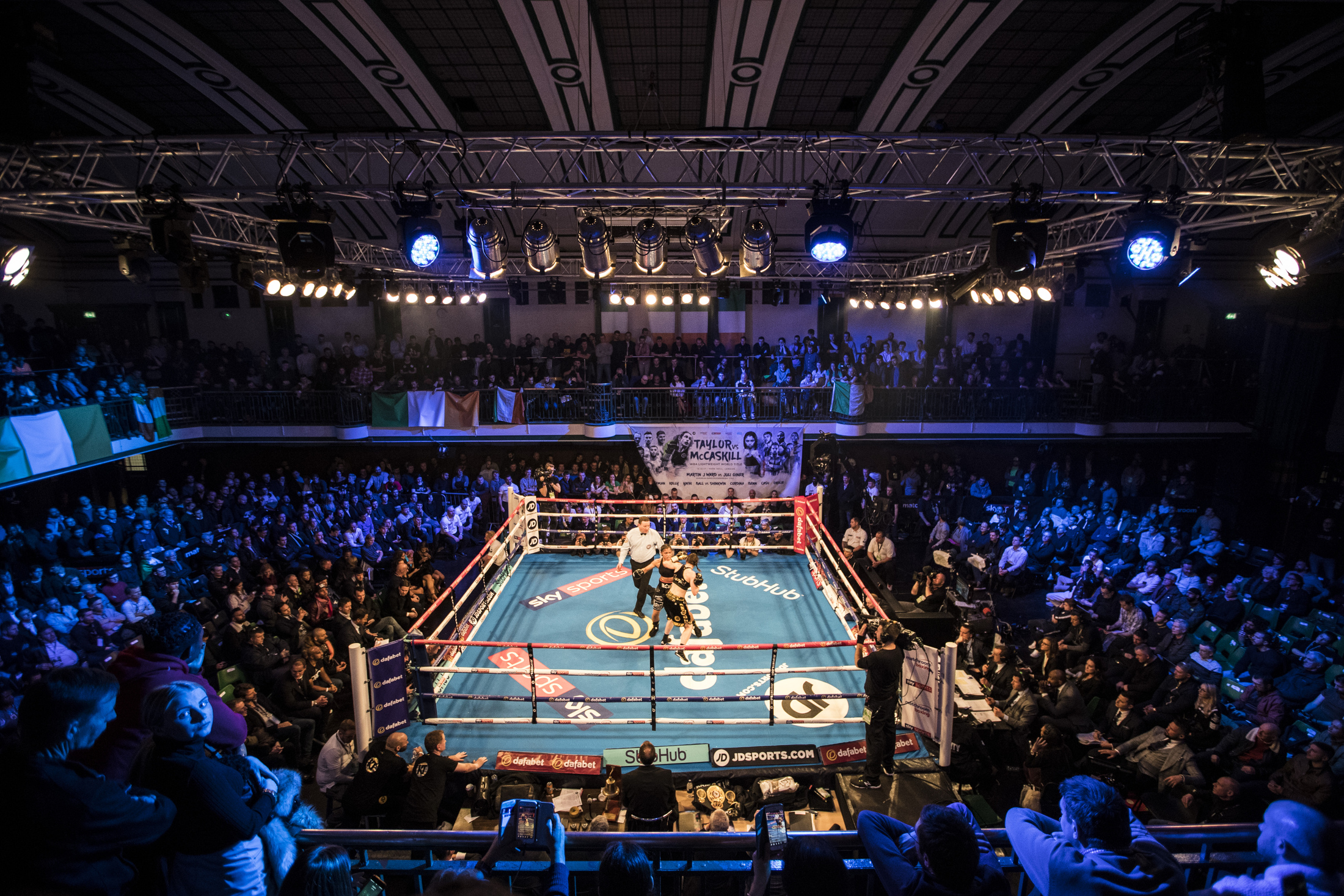 But arguably the best action of the night was provided by rising stars Josh Kelly, Conor Benn and Lawerence Okolie.

Benn and Cedrick Peynaud’s bout burst into life with “The Destroyer” floored twice in the opening round. But the 21-year-old son of Nigel Benn managed to just do enough to prevent Peynaud from scoring a shock upset.

Conor responded well to early catastrophe knocking Peynaud to the apron twice in the sixth to clinch a win by points decision.

Sunderland-born Kelly outclassed Michel Hamilcaro, while earlier in the evening Okolie stopped Antonio Sousa in the second round to set up a clash with cruiserweight rival and fellow Brit Issac Chamberlain.

Sousa was saved by the bell in opening three-minutes having been dropped twice. But Okolie’s dominance prevailed and the fight was waved off by the referee after the Londoner battered Sousa to his knees.