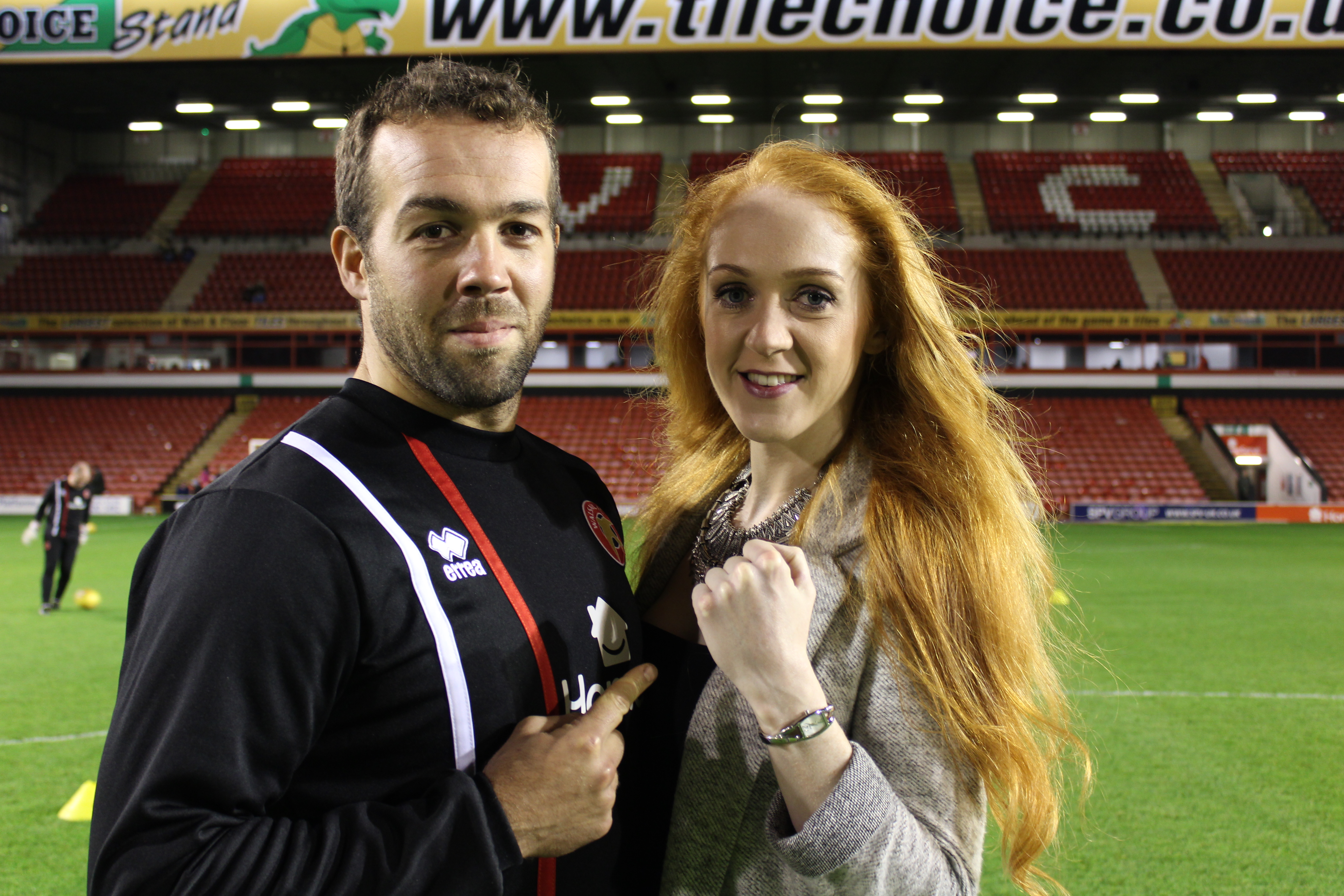 Former World kickboxing champion Rachel Ball has warned the competition ahead of her professional boxing debut – “there is nobody like me”.

And the 26-year-old has more than one link to the venue of her first bout – having won fights and titles at Walsall FC’s Banks’s Stadium, which is also the football club where her partner and co-trainer works!

Ball is making the switch from the kickboxing ring to boxing’s squared circle and will top the bill on BCB Promotions’ “Jingle All The Way” show on Sunday, December 17th.Walsall’s three-time World Champion in the kickboxing stakes, who trains out of Trojan Martial Arts Academy, is in the final stages of training having originally been scheduled to fight in November – but will now face an as-yet unspecified opponent in the Stadium Suite just one week shy of Christmas.

Training with Trojan’s Chief Instructor Gavin Burrows and her partner Todd Harrison (image attached), Ball feels she is in good shape for her introduction to professional boxing.

“I can’t wait – I feel like I’ve learned so much already and the journey is only just beginning,” said Ball.

“I’ve got my previous experience with different types of fighting but now I’m just specifically working with my hands, getting my footwork right and I can’t wait to show everyone what I’ve got.

“A lot of people have seen me in the kickboxing world but not a lot have in the boxing world, so I want to show the other fightersand even Gavin and Todd what I can do in the ring now.

“I had 24 fights in kickboxing and won three world titles. My first one was won at the Banks’s Stadium so it’s nice to be back! The second one was in New York and the third was in Scotland, and I’ve won British and Commonwealth titles as well.

“It’s my home and I’ve fought here several times before, so it does feel like home to me. When you know the place quite well and you’re preparing for it mentally, you can see it which is important to me.

“I feel like I’m there fitness-wise and now it’s about pushing it that extra mile. I’m ready to smash it on December 17th.”

Not only is Todd helping train Rachel for her first fight, but the 28-year-old – who works at the Banks’s Stadium and at the club’s Essington training ground as a groundsman – has had fights himself.

“I fought at Walsall FC in 2015 and I’ve had a few other fights,” said Harrison.

“Now I’m sticking to the coaching and that’s the part I enjoy and I’m heading towards.

“In the gym with Rachel it’s mainly pad work and a lot of fitness-based things, and sparring of course as well. Rachel has an outside fitness coach as well which is away from the gym, who can push her a little bit extra, and I think she’s really going to see the difference.

“I spend a lot more time here than I do at home! it’s nice for her to be fighting here – not just because I work here but because it’s local, and Walsall are my team as well.”

“We’ve got a lot of good memories here,” added Ball. “We’ve both fought here before and got KOs on the same night, so that’s couple goals right there!”

With tickets still available for “Jingle All The Way”, Ball is urging all local fighting fans to book their seats to see her in action on the four-fight card.

“We’d like to say a big thank you to everyone who has bought tickets so far, to Gav and Todd and everyone at BCB Promotions,” added Ball. “I’d like to thank everyone back at Trojan as well.

“To everyone – come down and watch me (because) there is absolutely nobody like me.

“I’m ridiculously tall, pale and skinny, I’ve got red hair and I fight like a beast. So come down and support me because it’s going to be a brilliant night.”

Standard tickets for ‘Jingle All The Way’, which also features Kane Baker, Alex Florence and Les Byfield, are priced at £35. Also available are VIP tickets for tables of ten at £60 each with hot Christmas buffet. Tickets are available by calling the boxers or Walsall FC Box Office on 01922 651 414/416.