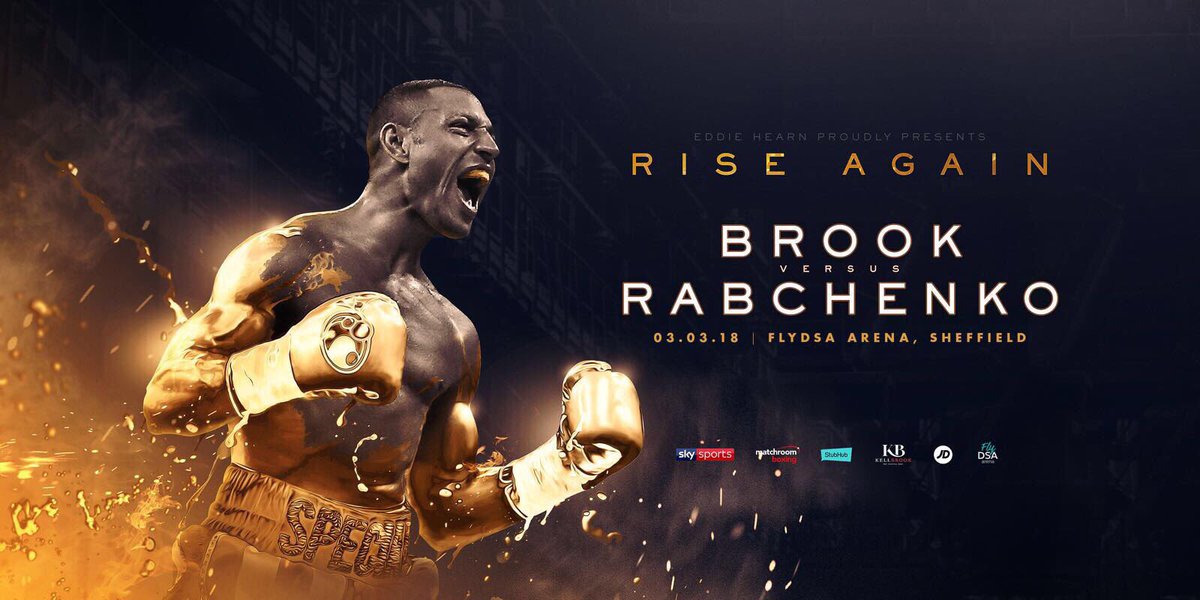 ‘The Special One’ returns to Sheffield on March 3

Kell Brook will face Sergey Rabchenko on his debut at Super-Welterweight at the FlyDSA Arena in Sheffield on March 3, live on Sky Sports.

Brook is gunning to become a two-weight World champion and that journey starts in his seventh outing in his hometown arena, and marks a return to action following his IBF World Welterweight showdown with Errol Spence at Sheffield United’s Bramall Lane ground in May, hot on the heels of his showdown with Middleweight beast Gennady Golovkin‘The Special One’ is wasting no time in testing himself at his new weight by taking on Rabchenko. The Belarussian is ranked number seven in the WBC and won the European title by stopping Brook’s fellow Ingle Gym product and Steel City son Ryan Rhodes, so Brook knows that the stakes are once again high as he looks to make a statement at 154lbs.

“I can’t wait to get back in there and it’s going to be special returning to the arena,” said Brook. “The Spence defeat cut deep and it took me some time to come to terms with it but now I’m back with a new challenge at 154lbs. I believe I will be stronger and better than ever in the division and my focus now is on becoming a two-weight two-time World champion.

“Rabchenko is a dangerous fight for the return but I want to jump straight back in at World level and I think out styles will gel for an electric fight. I’m already deep in camp and I can’t wait to feel the atmosphere again in my home town on March 3.”

“I’m really looking forward to this fight with Kell Brook and it’s going to be a war,” said Rabchenko. “I have fond memories of Sheffield and I believe the result will be the same. This is a high profile fight in the division that has always been mine, and the winner will go on and challenge for the World title – it’s a must win fight for both of us.”

“I’m so pleased to see Kell back in camp and moving up for a fresh start at 154lbs,” said promoter Eddie Hearn. “He refused to vacate the title for Spence but was could never fight at his full potential making 147lbs anymore. This is a tough, tough test, probably tougher than I would have liked but Kell wanted to be straight back in at top level.

“The Spence loss hurt him badly especially being at Bramall Lane but we are going to get this Arena jumping for his return – Kell is one of the top fighters in world boxing and you will see a new animal on March 3 at the FlyDSA Arena.”

Tickets for Brook’s clash with Rabchenko are priced £40, £60, £80, £100, £150 and £250 VIP. Tickets go on sale at 9am tomorrow (Tuesday December 12) to Matchroom Fight Pass members from www.stubhub.co.uk and on general sale from 9am on Wednesday December 13 from the FlyDSA Arena at www.flydsaarena.co.uk and on 0114 2565656. VIP tickets are exclusively available from www.matchroomboxing.com