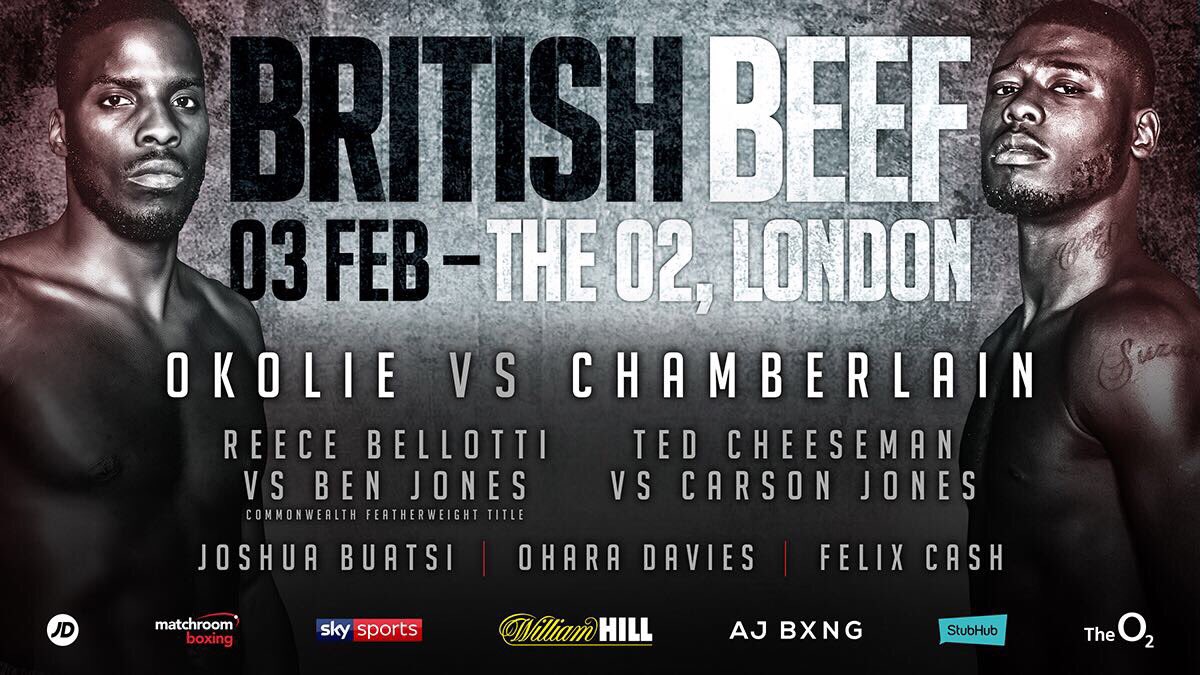 Cruiserweights Lawrence Okolie (7-0-0, 6KOs) and Issac Chamberlain (9-0-0, 4KOs) have put pen to paper to set up a huge domestic bout.

Head of Matchroom Frank Smith confirmed that the fight will take place on the 3rd of February 2018 at the at the O2 Arena, London.

It's done! @Lawrence_tko Vs @IChamberlain_ coming live from @TheO2 on Feb 3rd! Tickets on sale later this week! pic.twitter.com/j1DHOEoRl0

Okolie’s story is one of rags-to-riches. The 24-year-old Hackney born puncher worked in McDonalds just four short years ago but will now headline the 20,000 capacity O2 arena alongside Brixton-born rival Chamberlain.

And I am reminded that earlier this year I had £7 in my account, now I’m wondering when I’m gonna send my Mum and sis Dubai or move out ❤️how dare I complain, im humbled

Chamberlain comes in to the fight on a run of three consecutive stoppage wins and is well remembered for his efforts against Wadi Camacho (19-7-0, 11KOs) last September picking up the Southern Area belt despite a third round dislocated shoulder.

I just saw a poll for predictions for #OkolieChamberlain which had an Okolie KO win as the strong favourite. Yes, he's an Olympian. Yes, he's got more hype. But I watched @IChamberlain_ push his dislocated shoulder back into it's socket between rounds. He's not getting stopped.