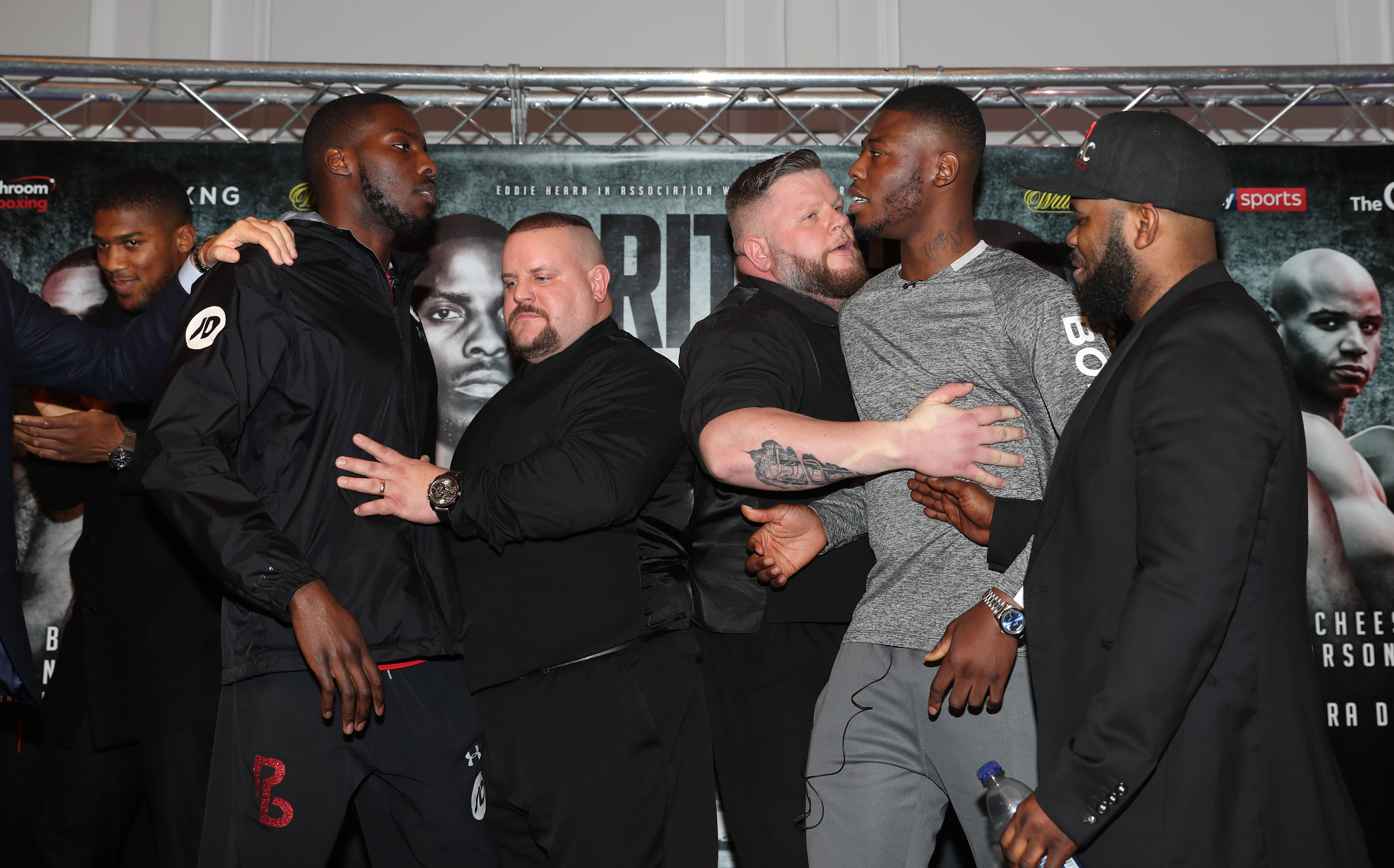 Today (Thursday December 21) in Marylebone, London, unbeaten cruiserweight rivals Lawrence Okolie and Isaac Chamberlain came face to face at the press conference to officially announce their big fight and had to be held apart as tempers flared!

Londoner’s Okolie and Chamberlain will clash on February 3rd 2018 at The O2 Arena in the capital in a highly anticipated dustup that the pair have been building up to after fierce rivalry on social media and in bitter public spats and both are predicting a bloody, brutal fight.

Team GB Rio Olympian Okolie picked up a sixth KO win in his seventh pro fight at York Hall last week to draw his debut year to an emphatic close, while 9-0 Southern Area champion Chamberlain is on a streak of three stoppage wins.