What lies ahead in 2018 for Anthony Joshua? 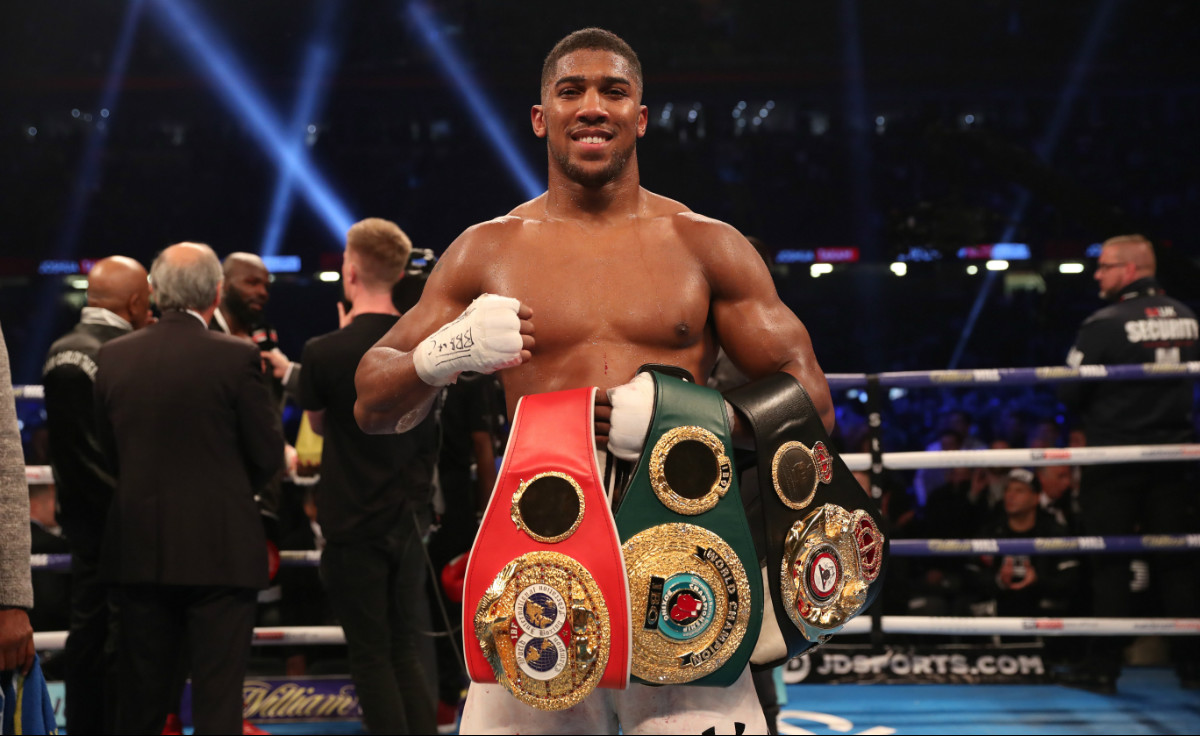 The calendar year of 2017 was virtual perfection for the British heavyweight star. Anthony Joshua has now fulfilled his obvious potential as an Olympic Gold medal winning amateur, by becoming the most devastating boxer at the professional heavyweight level. ‘AJ’ only fought twice in 2017, after claiming the IBF crown back in 2016 with a devastating four-and-a-half-minute destruction of American, Charles Martin.

Successful defences of the IBF World Heavyweight Title came against fellow Americans Dominic Breazeale and Eric Molina brought the year to a close, but stiffer tasks lay ahead. It was announced by Joshua’s manager, Eddie Hearn immediately after the defeat of Molina that Ukrainian boxing legend, Wladimir Klitschko would be the Londoner’s next opponent at Wembley Stadium, in April 2017 – it proved to be a classic.

Joshua, very much the outside tip in this fight, dropped his rival in Round 5, but Klitschko showed his true class by climbing off the canvas to level the Brit in Round 6. The veteran Klitschko looked as though he would prevail in the ensuing rounds, but Joshua found extra levels of energy to claim the WBA Super and IBO Heavyweight titles, with an 11th round stoppage. Back in October, Joshua won his 20th professional bout with a late stoppage over Carlos Takam, after original opponent, Kubrat Pulev withdrew through injury.

So, what will 2018 bring for Joshua? Lots of fame and fortune is guaranteed, but it will be his sporting exploits in the ring where he – and his critics will ultimately judge. In this article, we will look at some of Joshua’s potential opponents for the year ahead as the heavyweight division will try and make strides towards a unified champion in 2018.

A Spring-time bout with New Zealand’s WBO world champ Joseph Parker looks to be the most likely option for Joshua and his team in early 2018. There has been plenty of media jousting between promoters of both camps, but a deal is expected to be announced in the coming weeks.

Parker, himself is unbeaten in 24 fights – with 18 stoppages – but is seen by many as the weakest heavyweight fighter to currently hold a world strap. Parker has shown admirable durability throughout his career, but the 25-year-old Kiwi fighter is unlikely to pose serious problems to Joshua at his destructive best.

The fight that most heavyweight boxing enthusiasts want to see is the potential unification bout between Anthony Joshua and unbeaten WBC champion, Deontay Wilder. American, Wilder is unbeaten in 39 professional fights, with 38 victories inside the distance – although the quality of opponents Wilder has faced in certain contests has somewhat flattered his professional record.

Wilder can bang though, and that is what makes this prospective fight so intriguing. The acid test that he would face is when Joshua lands some leather of his own. It is obvious to say that Wilder has definitely not faced an opponent in the same bracket as Joshua – despite having such a lengthy career. The finances this fight would make could exceed all previous records, and that alone makes this bout an almost certainty in 2018.

The enigma that is Tyson Fury will always be an agenda for Anthony Joshua until the day both fighters meet in the ring. Fury is currently back in training following anti-doping and medical issues. Fury has been cleared to resume his career, but faces a January meeting with the BBBofC to regain his boxing license.

Fury became the WBA (Super), IBF, WBO, IBO Heavyweight champion after outpointing Wladimir Klitschko back in November 2015. Klitschko had little answer to Fury’s elusive style and excellent jab as the Manchester-based fighter claimed a unanimous points victory. Fury has not entered the ring since that epic performance, and his weight has ballooned well over his fighting weight.

Fury will obviously need a couple of fights to knock-off the ring rust, but if the old Fury remains, then a British blockbuster fight with Anthony Joshua could ensue by the end of the year.

2018 promises to be a wonderful year for the sport of boxing in general – with Joshua being an obvious highlight.