“I Will Win Ultimate Boxxer For The Ultimate Reason!” Promises Prospect Drew Brown 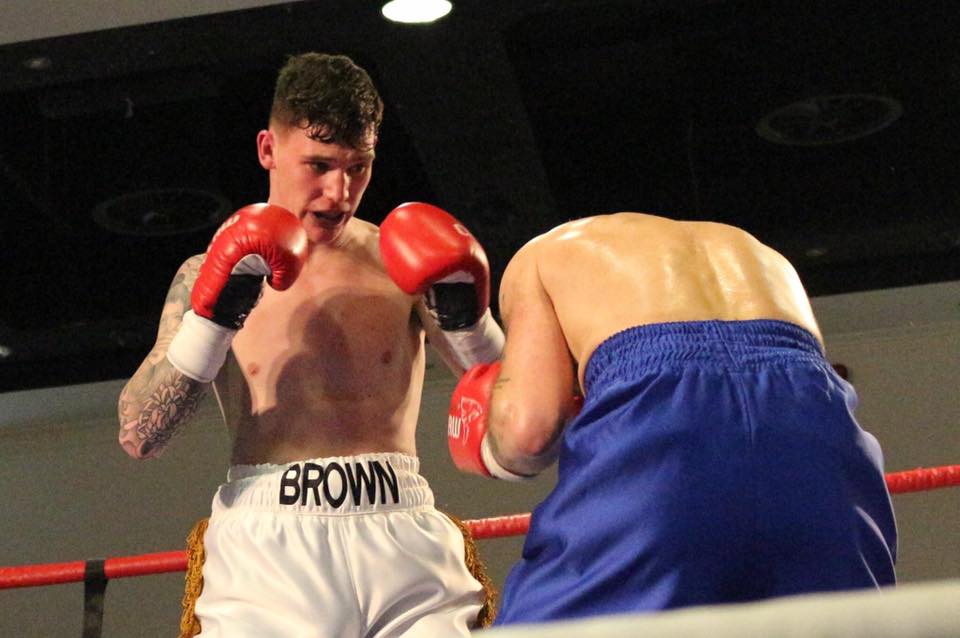 Professional prize fighting is without a doubt one of the hardest possible lines of work in which to make an honest living. In spite of the romantic image that movies or books gave to it throughout history, fact is that the Noble Art is not a sport: it’s a business. Hence, the best man does not always win. It does not matter how good you are, it’s who you know that makes the difference. Who you signed with might make the judges’ decision go in your favour, not your skills. Who you signed with and his connections might get you a title shot, not your hard work. At least, not your skills and hard work alone…

“Despite all the boxers’ hard work, if you do not fall in the right camp or with the right trainer, you struggle for opportunities. What we want to do with our entertainment background is to provide revenues and a platform where lower level boxers can thrive without worrying about selling tickets, also know exactly how much they are going to earn on the night. “says Ben Shalom, founder and managing director of Ultimate Boxxer, a new format identical in structure to Matchroom’s Prizefighter, although different in target and essence. Broadcasted exclusively online and via social media, it is a one night tournament pitting 8 fighters against each other in quarter and semi-finals of 3 rounds by 3 minutes to get to the £16.000 final prize.

“Everybody competing in Ultimate Boxxer does not have to sign with the company. You can have your own promoter or just be independent. Ultimate Boxxer is a brand, not a promotional entity. It gives a chance to some of the younger fighters who struggle to find either fights or a promoter or both, or to promoters who have problems moving a fighter a way to showcase him. You make a little bit of money and make your name bigger. “adds Paulie Malignaggi, who endorsed the project at its launch along with Ricky Hatton and Anthony Crolla.

Co-promoted by veteran of the game and former pro Carl Greaves, who also does the match-making, the first event will take place in Manchester on April 28th and will feature a Welterweight line up, featuring among others Northampton’s prospect Drew Brown (7-0), whose situation, motivations and challenges very much represent those of many other pros.

British Boxers: How did you get into boxing and what lead you to the pro-game?

Drew Brown: As a kid I loved fighting, may be a bit too much, so my father pushed me to do it for real. I joined Far Cotton ABC and piled up a 32-11 record, making it to the Junior ABA finals. My answer for turning pro might not be the most original but it’s what any fighter would tell you and the only one that makes sense: to win titles.

BB: What is the hardest side of being a pro OUTSIDE of the ropes?

DB: To be honest, finding time for training in my schedule while working full time as painter and decorator. Especially as I just had my first child.

BB: How did you get involved with Ultimate Boxxer and what do you think it will do for you?

DB: I rely on my manager Jon Pegg for this type of decisions. He knows I need to be challenged to stay focused on boxing. Also, the 3 rounds format suits my style to the tee. I’m a busy fighter with a high level of intensity and he had no hesitation putting me forward for this. Hopefully, after I win people will realize my potential as a prospect. No point denying a TV deal is the ultimate goal. Any promoter reading this better take note.

BB: What do you know about your opponents in the tournament? Is this a step up from your level of competition so far? Did you study them?

DB: I play with the cards close to my chest. I am not giving anything away. Let’s just say they all are a step up but that’s exactly what I need. As I said, I need to be challenged to produce the goods. The level of my performance is directly proportional to what’s put in front me. So, you will see the best Drew Brown yet.

BB: If someone had to bet on this, what would be a good reason to put their money on you?

DB: My son. Yes, I want the titles, the money and the TV deal, but these are means to an end. Everything I do, I do it for my son, so he won’t have to paint and decorate to follow his passions and dreams. That’s my responsibility and I am going to get the job done in style.

‘ULTIMATE BOXXER 1’ will take place on Saturday 28th April at EventCity in Manchester. Tickets on sale at www.ultimateboxxer.com