Khan looking to redeem his whole career against Crawford 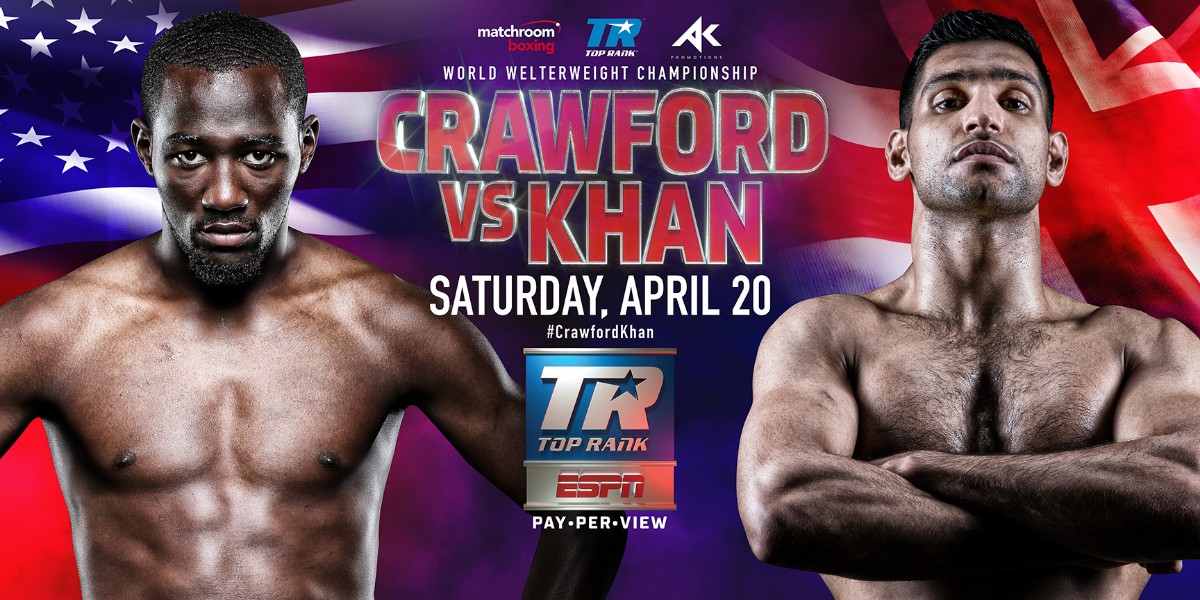 It seemed as if the long-awaited clash between Kell Brook and Amir Khan was finally going to happen in 2019, but Khan has instead opted to face pound for pound highly ranked Terence Crawford for his WBO world light-welterweight title.

After Khan signed a three-fight deal with Matchroom Boxing, it led many fight fans to believe that the long awaited contest between Khan and Brook was now more likely to take place.

Brook has been a longtime part of the Matchroom stable, and with Khan’s arrival under the same promotional umbrella, hopes were high that the pair – whose rivalry has been playing out through interviews and social media for years – would finally meet in the ring in 2019.

But by opting to take up the opportunity to challenge Crawford for the WBO world title, Khan has given himself the more prestigious, but many would argue, the more difficult assignment, and if you have a look here, the bookies’ odds reflect that with Crawford at 3/25.

Khan will go into the bout as a huge underdog against the undefeated P4P star, and for good reason. The Brit may have world title credentials of his own, and possesses undoubted boxing ability and speed, but he has found himself exposed at the very highest level by top-ranked opposition who possess fight-ending punch power.

Khan has never shied away from facing the biggest names in boxing, but his punch resistance has been found wanting at the very highest level.

His shock knockout loss to Breidis Prescott back in 2008 gave a glimpse of what would prove to be Khan’s Achilles heel as he was stunned by the Colombian in Manchester in his first professional defeat.

But another decisive defeat, to hard-hitting Danny Garcia in 2012, saw Khan’s chin exposed yet again, and when a five-fight win streak earned him a shot at Saul “Canelo” Alvarez, Khan was handed the biggest fight of his career. But, once again, the same problems with punch resistance were exposed as Canelo brutally knocked out the Brit in the sixth round in Las Vegas in 2016.

Worryingly for Khan fans, he will be facing another certified finisher in Crawford, who is undefeated with 25 knockout wins from his 34 career victories.

However, Crawford isn’t necessarily a one-punch knockout artist – he tends to break down his opponents over time and finish them in the second half of fights. And that fact may offer some hope for fans looking for Khan to spring a surprise.

“Terence is up there as one of the best pound-for-pound fighters in the world. This is a fight that could take me to a different level, and I want to win this fight because I want to be the best in the world. said Khan at the press conference to announce the fight.

“All them dreams I’ve had of being the best ever, and one day being that pound-for-pound champion, this is the fight that can take me there.

“This is a fight that can redeem my whole career. Against Canelo, maybe I was biting off more than I could chew. I took that fight because it was a massive opportunity for me, and I believe in myself as a fighter. This fight, I see that it’s more fair. We’re similar weights. We’ve had similar experience.

“In my opinion, I’ll be able to take his punching power. He’s also a quick and a skilful fighter, so there’s a lot of advantages for me in this fight. In other fights, I’ve fought guys who are a lot stronger, a lot bigger in weight. That plays a big part. In this fight, I really think I have the style and everything it takes to win.”

Khan’s hand speed and boxing skills are up with the best in the world, and he’ll need to be at his very best against Crawford, who has proved himself to be one of the best fighters in the sport today.

“Amir Khan has been in there with a lot of great fighters. Me beating him will put me on another level in the welterweight division. People are interested in seeing this fight.

“It don’t matter how I win. I just want to win. That still won’t get the fighters I want to fight in the ring with me. I just need to keep doing what I’m doing.”

“There’s no animosity between me and Amir. He respects me. I respect him. We’ll do our thing in the ring on April 20, and we’ll shake hands when it’s over.”

Victory for Khan would represent arguably his greatest achievement in professional boxing, but fans and pundits are in no doubt that this fight also represents one of the toughest tests of his career.

We wish him the best of luck.