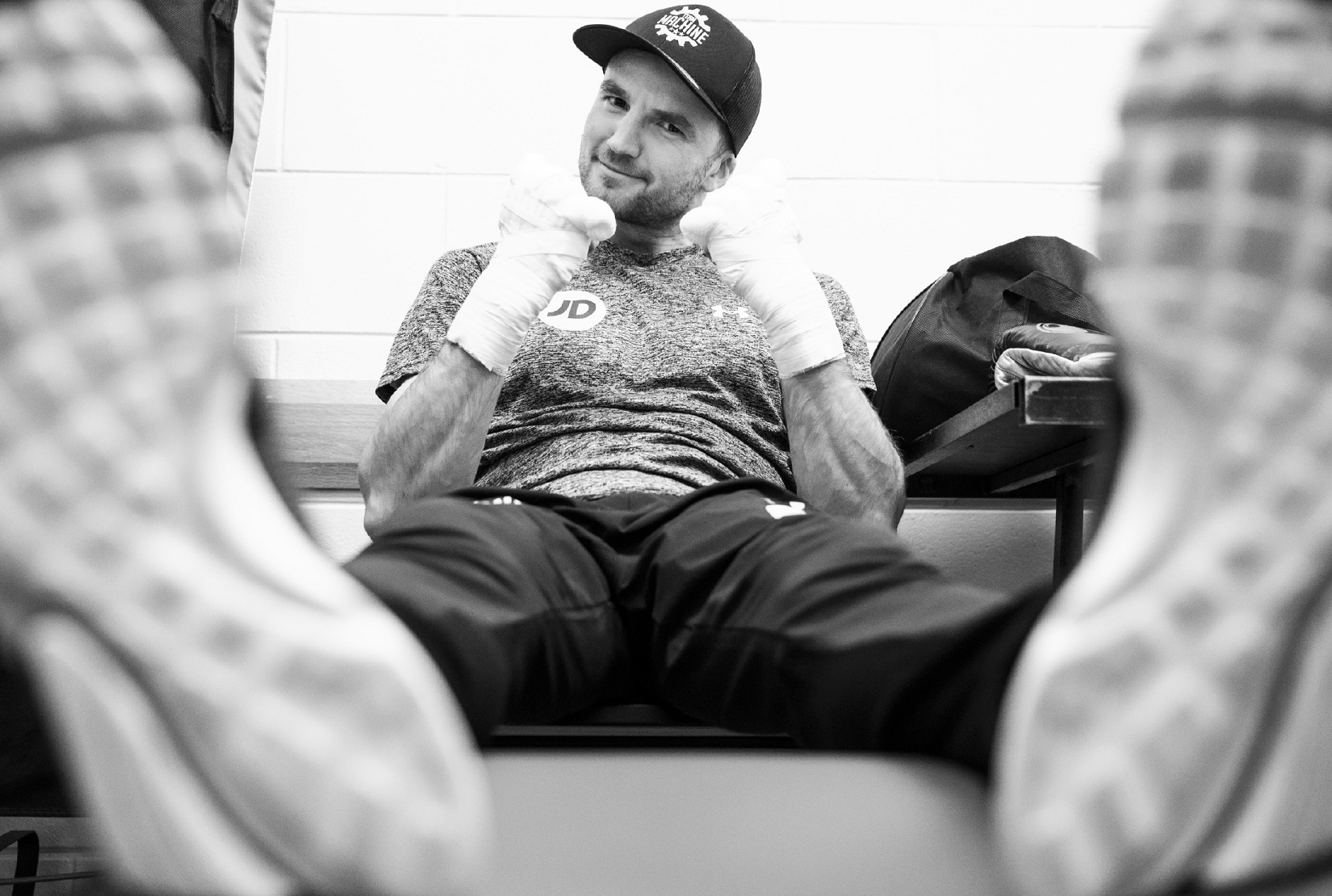 Team GB star hunting title fights by the end of 2018

Anthony Fowler returns to action on March 24 at The O2 in London, live on Sky Sports – and the Team GB star is targeting title shots by the end of 2018.

Fowler spent the latter part of 2017 on the sidelines with a hand injury having raced to 4-0 in his last outing in October with three wins inside the distance since turning pro in May.

The Rio Olympian and Commonwealth gold medal man is itching to get back into the ring on the undercard of the crunch Heavyweight clash between Dillian Whyte and Lucas Browne, and with another outing set for his hometown of Liverpool on Amir Khan’s comeback bill, ‘The Machine’ is in motion to get his hands on pro silverware this year.

“I’ve been out for a while so it’s great to be back,” said Fowler. “The hand is fine now and I’m confident it’ll hold up on March 24. I’d love to win a belt by the end of the year, maybe the English or Commonwealth, but to do that I need to stay busy and start stepping up the rounds and test myself.

“As a prospect you can have things all your own way in the start against journeymen who are there to survive but I want someone that’s got ambitions to knock me out, then we’ll see what I’m made of.

“I want to start stepping up now and facing unbeaten guys and people that come to put it on the line, that’s going to bring the best out of me. I’m never complacent no matter who I go in with, I always think that there could be a lucky shot with my name on it so I’m always switched on.

“It’s a really busy gym in Rotherham with Dave Coldwell. Jordan Gill got a great win in Manchester last night, Gavin McDonnell has a big fight in Sheffield this weekend and Tony Bellew has got a massive night coming up against David Haye in May. We’re all pushing each other hard in the gym and there’s a great buzz in there.”

Fowler is back on a huge night of action in Greenwich as Dillian Whyte and Lucas Browne meet for Whyte’s WBC Silver Heavyweight title in a crucial clash for the division and Frank Buglioni defends his British Light-Heavyweight title against Commonwealth king Callum Johnson.

Tickets for Whyte vs. Browne at The O2 in London are on sale now priced £40, £60 and £100 from www.theO2.co.uk. VIP tickets priced £200 are exclusively available from www.matchroomboxing.com

Face value tickets for March 24 are available from http://www.stubhub.co.uk/matchroom-boxing-tickets/ . StubHub is the official ticket partner and marketplace of Matchroom Boxing and Anthony Joshua.